Relegation-threatened Koln welcome dead-last Schalke 04 to the RheinEnergieStadion in the ultimate round of the 2020/21 Bundesliga season.

Koln’s hopes of avoiding relegation have suffered a massive blow as they’ve gone from back-to-back Bundesliga wins to two consecutive matches without a victory (D1, L1). Sitting two points adrift of safety, the hosts desperately need all three points here to preserve faint hopes of securing their top-flight status for another season. Adding to their confidence, ‘Die Geißböcke’ are undefeated in their last seven Bundesliga matches against Schalke (W3, D4), which also stands for their longest ongoing unbeaten run against a current top-flight side. At home, Friedhelm Funkel’s men have managed just one win in their last six Bundesliga games (D2, L3) despite scoring 2+ goals on three occasions in this run. If they fail to beat Schalke, Koln will set a negative club record for the lowest points achieved at home in a single top-flight campaign.

Meanwhile, Schalke’s remarkable 4-3 home win against Eintracht Frankfurt last time out did put an end to their four-match losing streak in the Bundesliga. However, ‘Die Königsblauen’ might well complete the 2020/21 Bundesliga campaign without a single victory on the road (GP16 – W0, D4, L12), with only two sides picking up fewer away points in a top-flight season this century than Schalke (4) so far. Additionally, Dimitrios Grammozis’ men have conceded a staggering 51 league goals away from home this season, keeping a clean sheet just once in 16 Bundesliga trips to this date. Speaking of negative records, Schalke face the risk of becoming the worst-ever club in the Bundesliga history since the introduction of the three-points-per-win system as they’ve won just 16 points so far, falling two short of Freiburg’s negative record in 2004/05. 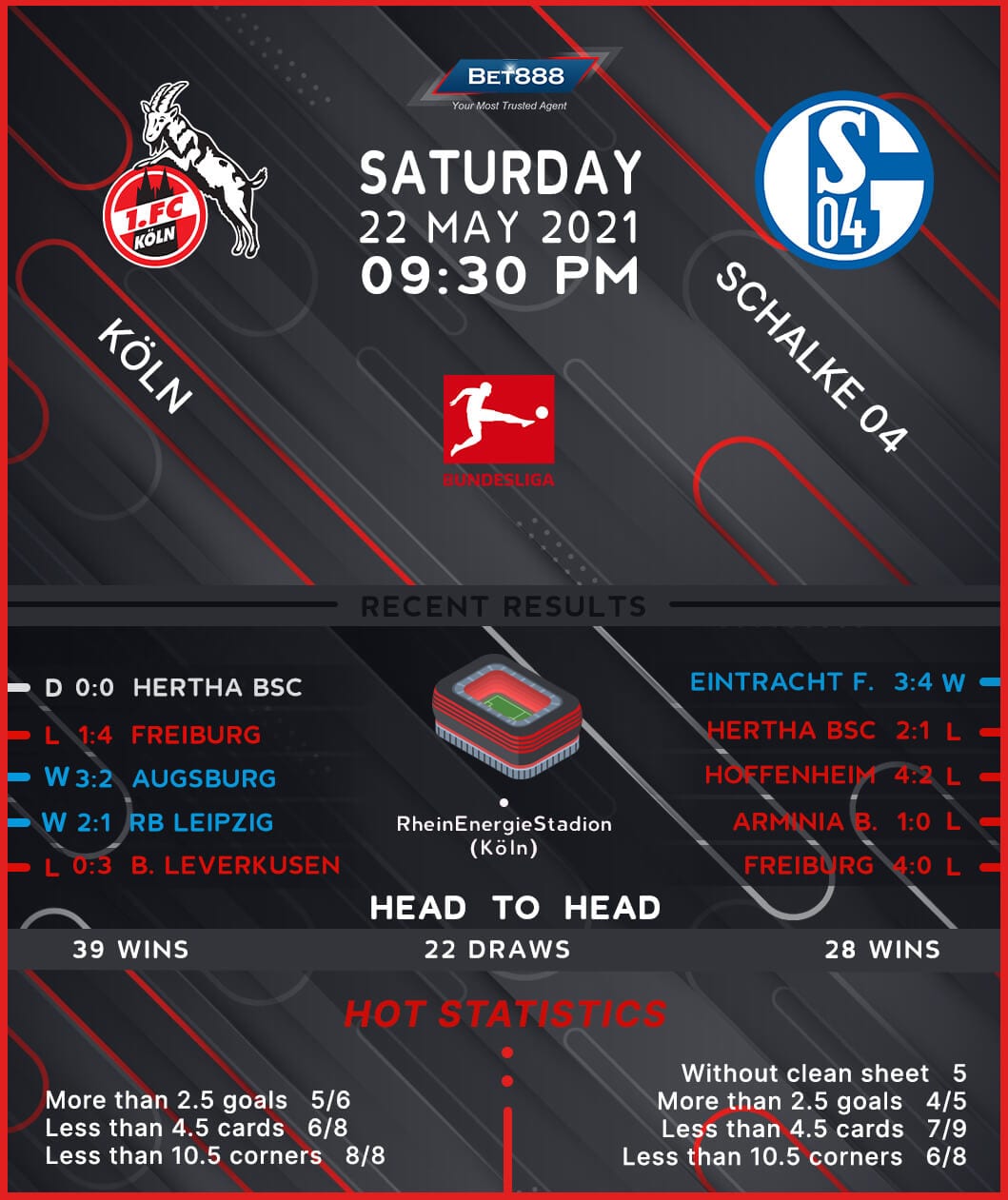