The Korea Republic and Lebanon go head-to-head at the Goyang Stadium in the 2020 World Cup qualifying Group H.

The Korea Republic’s fantastic start to the 2022 World Cup qualifying campaign has seen them win all but one of their opening five qualifiers without conceding a single goal in the process (W4, D1). The home team have already clinched the top place in Group H as they head into proceedings on the back of back-to-back wins over Turkmenistan and Sri Lanka, both of which yielded the identical 5-0 scoreline. Curiously, though, the South Koreans’ solitary failure in the ongoing World Cup qualifying campaign came on Matchday 3 as they played out a scoreless draw with Lebanon. That stalemate extended the Korean’s unbeaten streak in their H2H meetings with Lebanon to five matches in a row (W3, D2), four of which were accompanied by a clean sheet.

Meanwhile, Lebanon’s 3-2 away loss to Turkmenistan in their most recent World Cup qualifying ended their unbeaten start to their Group H campaign (W3, D1). However, the visitors are very much in contention for sealing a second-place finish, and avoiding defeat against South Korea would improve their hopes of advancing to the third qualifying round. Adding to their confidence, the ‘Cedars’ have netted 2+ goals in both of their road trips in this World Cup qualifying series. Overall, however, they have claimed just a single triumph in their last 13 internationals on foreign soil (D2, L10), failing to get on the scoresheet on nine occasions in the process. In that same 13-game sequence, Lebanon managed just two clean sheets! 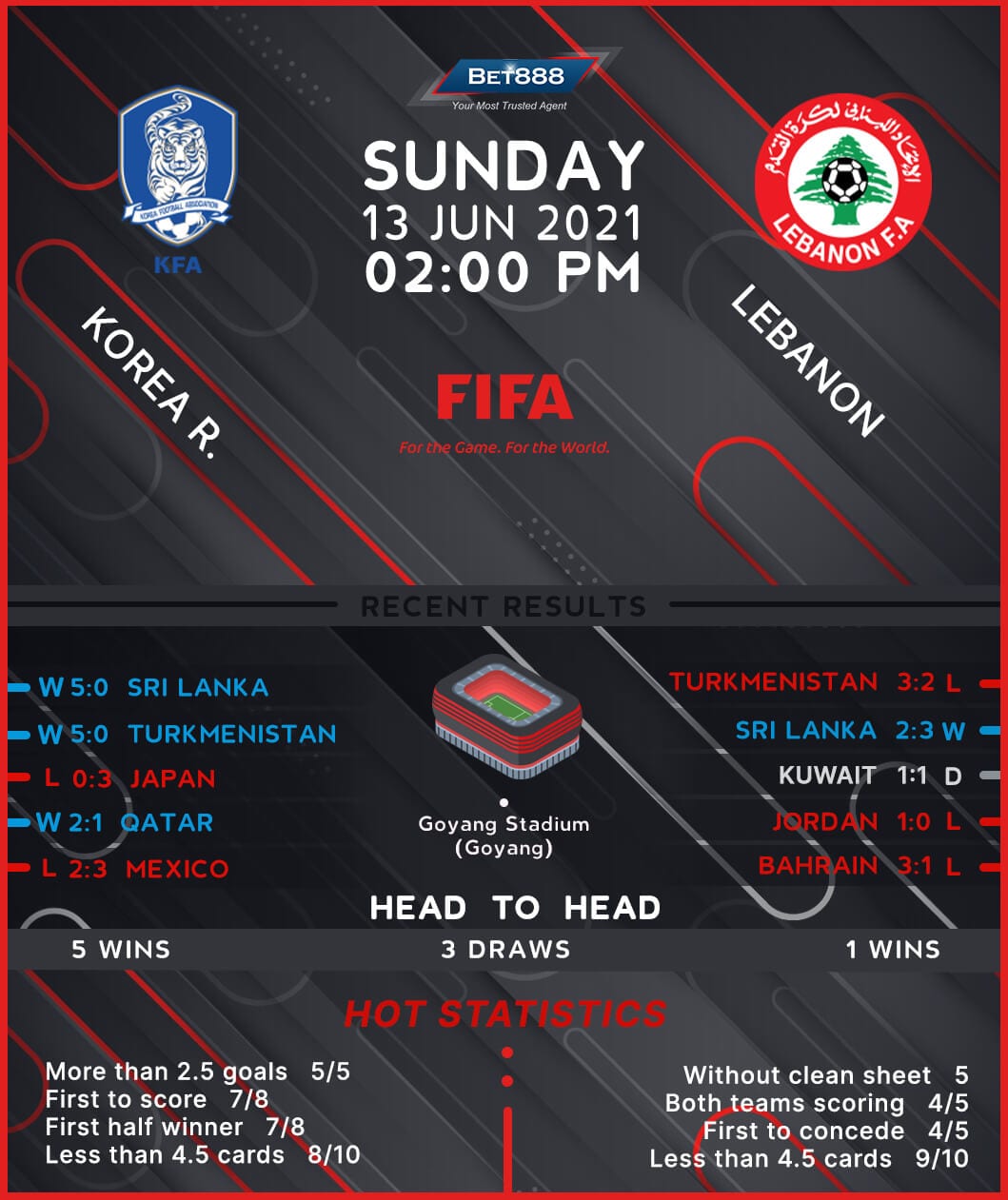