Mid-table Kortrijk and second-placed Antwerp are set to trade tackles in an intriguing Belgium Pro League encounter at the Guldensporen Stadion.

Kortrijk head into proceedings in the midst of a rough patch, having failed to win any of their last four league matches (D3, L1), though it’s worth noting that they at least scored in three of them. However, they’ve failed to live up expectations at home lately, picking up just one victory in their last five Belgium Pro League home fixtures (D2, L2), netting under 1.5 goals in four of them. Conceding first could prove detrimental to Kortrijk’s hopes of winning, considering they’ve gone winless in all ten top-flight outings when falling behind this season (D4, L6). But after losing each of their last three competitive H2Hs as hosts on the trot, their chances of returning to winning ways look rather slim.

On the other hand, Antwerp have gone from strength to strength since the calendar year flipped to 2022, winning all but one of their four Belgium Pro League fixtures (D1). Yet, with two of those three victories yielding a narrow one-goal margin, this could be a tight contest, at least on their end. Adding to this sentiment, each of Antwerp’s last 13 competitive away matches has featured a full-time margin of under 1.5 goals. Unlike their hosts, the ‘Great Old’ have shown a tremendous ‘bounce-back’ ability this term, coming from behind to avoid defeat in three out of four away league games when conceding first (W2, D1). 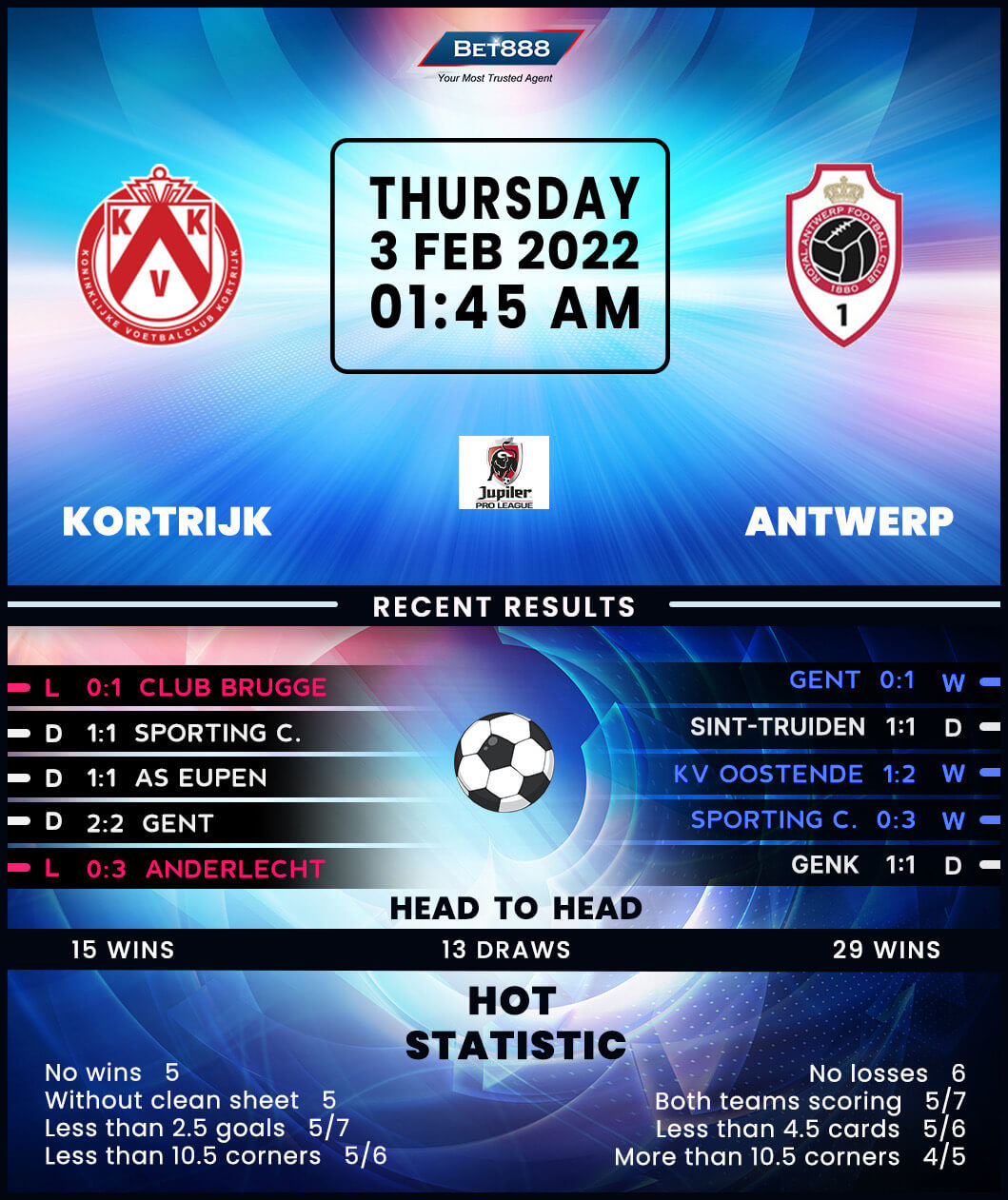