Lazio and AC Milan go head-to-head at the Stadio Olimpico in a massive, heavyweight Serie A encounter.

A disastrous 5-2 defeat at the hands of Napoli in midweek put an end to Lazio’s five-match winning streak in Serie A, marking their second straight league game that featured 7+ FT goals. Since the turn of the year, ‘I Biancocelesti’ have won all eight Serie A fixtures at the Stadio Olimpico, with 75% of those victories coming by a narrow one-goal margin. Having won each of their last nine home league outings, Lazio can put together ten consecutive home Serie A triumphs for the first time since 1974. Standing in their way is a Milan side they have failed to shut out in 17 top-flight meetings on the trot, conceding precisely three goals in each of the last two. Moreover, Simone Inzaghi’s men have drawn a blank in three of their previous four competitive H2Hs held at this venue, succumbing to a 3-0 defeat in this exact fixture back in 2019/20.

Meanwhile, Milan spurned a half-time lead to lose 2-1 to Sassuolo at home last time out, ending a run of four Serie A games without defeat (W3, D1). Milan’s last five league outings have seen both teams scoring in matches featuring goals in both halves, with each of them producing at least one goal beyond the 60th minute. ‘I Rossoneri’ have been the best version of themselves when away from home this season, notably picking more road points (40) than any other Italian side (W13, D1, L1). Since a 2-0 loss to Spezia on Matchday 22, Stefano Pioli’s men have racked up a four-game winning away streak in the top division, scoring precisely three goals in each of the last two. In fact, the visitors have netted 2+ goals in the league-highest 93.33% of their Serie A trips this season (14/15). 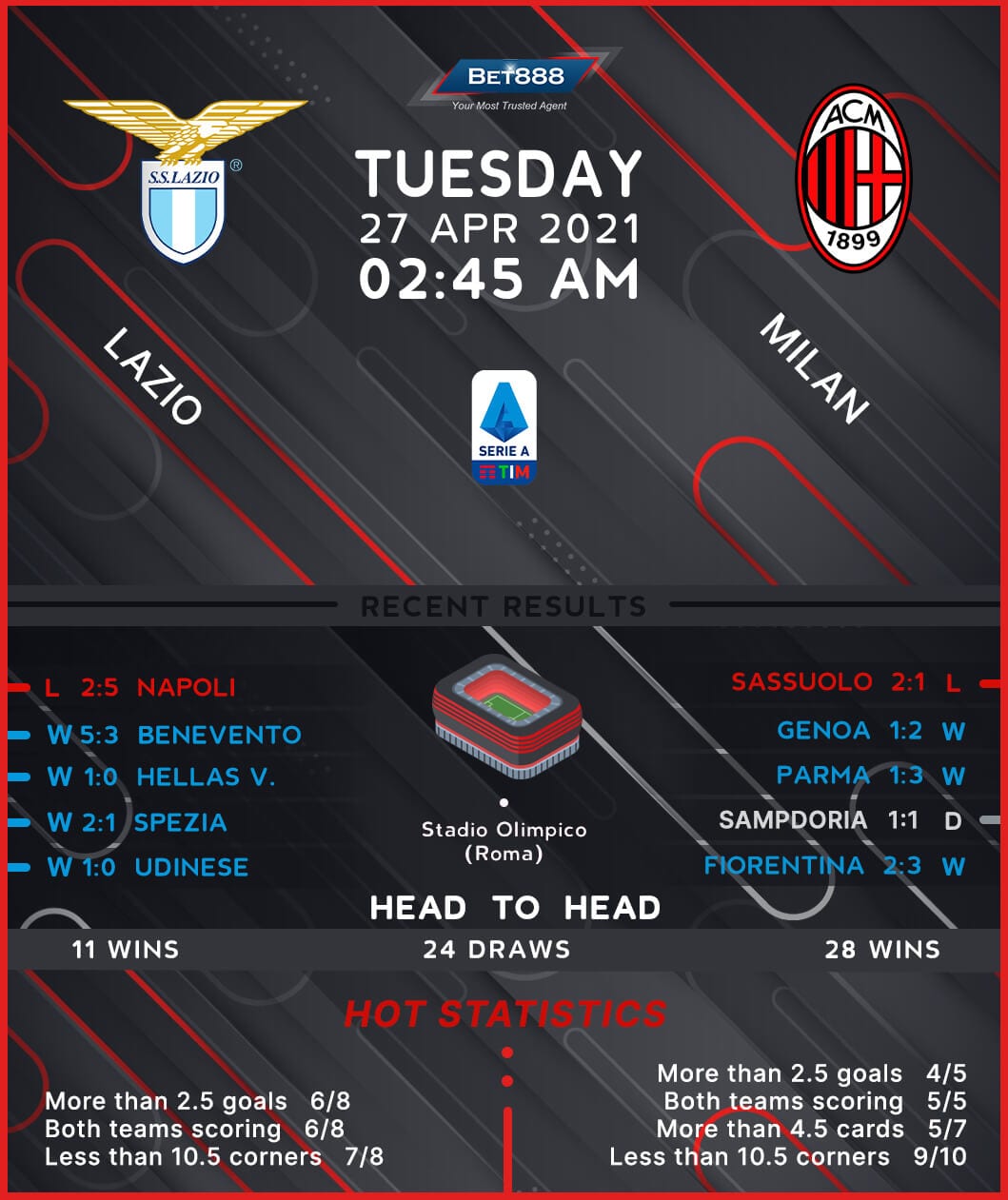