Lazio’s pursuit of a top-four finish in Serie A continues this weekend as they welcome minnows Benevento the Stadio Olimpico.

Coming into this matchday, Lazio have enjoyed a dramatic upturn in form, going from back-to-back Serie A defeats to four consecutive triumphs. Each triumph in that four-game sequence yielded a slim one-goal margin and saw ‘I Biancocelsti’ open the scoring. Going back to early November 2020, none of Lazio’s ten Serie A matches at the Stadio Olimpico have ended level (W8, D2), with 70% of the games won/lost during that period coming by a single-goal margin. A 1-1 draw in the reverse fixture back in December extended Lazio’s unbeaten Serie A record against Benevento to three matches (W2, D1), with only two sides scoring more top-flight goals against ‘Gli Stregoni’ than Simone Inzaghi’s men (12). The hosts are likely to find the net here, and it’s likely to happen after half-time, considering that 65.22% of their Serie A goals scored this term arrived in the second half (15/23).

Except for a shocking 1-0 away victory at Juventus on Matchday 28, Benevento are winless in their last 13 Serie A fixtures (D6, L7), conceding 2+ goals on eight occasions in the process. Away from home, though, ‘Gli Stregoni’ have avoided defeat twice in a row (W1, D1) and now stare at the prospect of putting together three top-flight games on the road without losing for the first time in the club history. A half-time lead would come in handy, given that Filippo Inzaghi’s men have not lost any of their three away Serie A matches after winning the first half (W2, D1). On the flip side, however, the visitors have lost 86.67% of the Serie A fixtures in which they were trailing at the interval (GP15 – W1, D1, L13). Curiously, slow-starting Benevento have yet to score within 15 minutes of their away league action played so far. 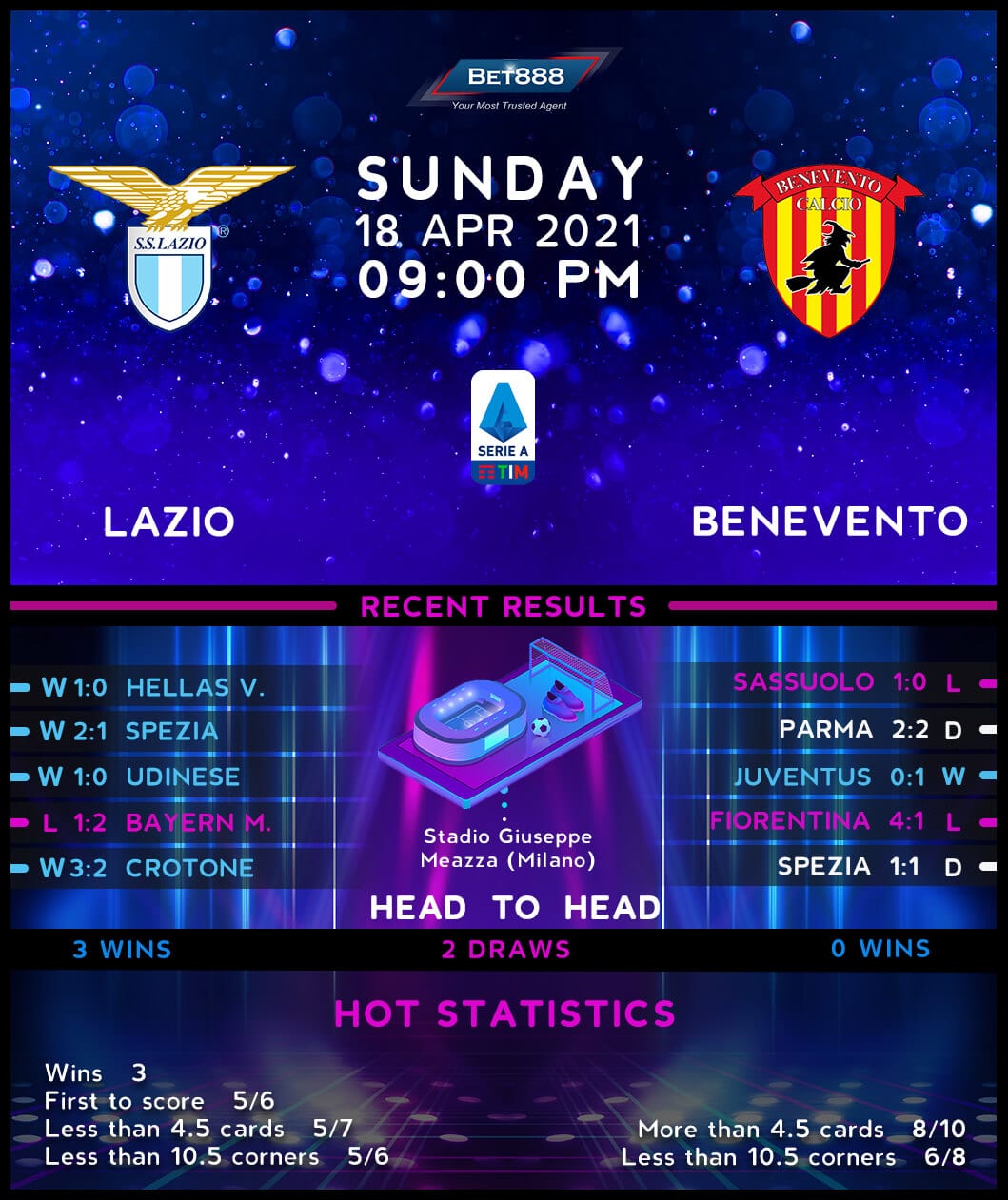