High-flying Lazio entertain out-of-sorts Cagliari at the Stadio Olimpico, looking to fight their way back into the Serie A top-four.

Lazio go into this round in the midst of a purple patch after winning their last five Serie A fixtures by an aggregate score of 12-3, a sequence that helps them climb to within two points of fourth-placed Juventus. What’s more, ‘I Biancocelesti’ have gone from three consecutive Serie A home games without winning (D1, L2) to four home league victories in a row, with each of the six matches won/lost in that sequence seeing the victor score 2+ goals. Lazio must be eyeing up another successful weekend, as they take on a Cagliari side they’ve not lost to in any of their last 13 Serie A meetings (W11, D2). Topically, Simone Inzaghi’s men have each of their nine previous top-flight H2Hs as hosts, scoring a whopping 23 goals while conceding only seven in return.

In the meantime, Cagliari have collapsed since beating Sampdoria at home at the beginning of November 2020, going winless in 13 Serie A matches since then (D5, L8). Additionally, Eusebio Di Francesco’s men have only won one of their ten away Serie A fixtures this season (D3, L6), failing to find the net in four of their previous six top-flight trips (D2, L4). Indeed, a lack of firepower up front has seen ‘I Isolani’ draw a blank in three of their last six league outings, scoring precisely once per game in the other three. Only Bologna (1) have netted fewer first-half away goals in Serie A than Cagliari (4) this season, with the Sardinian side yet to score inside the opening 15 minutes of their away league games so far. 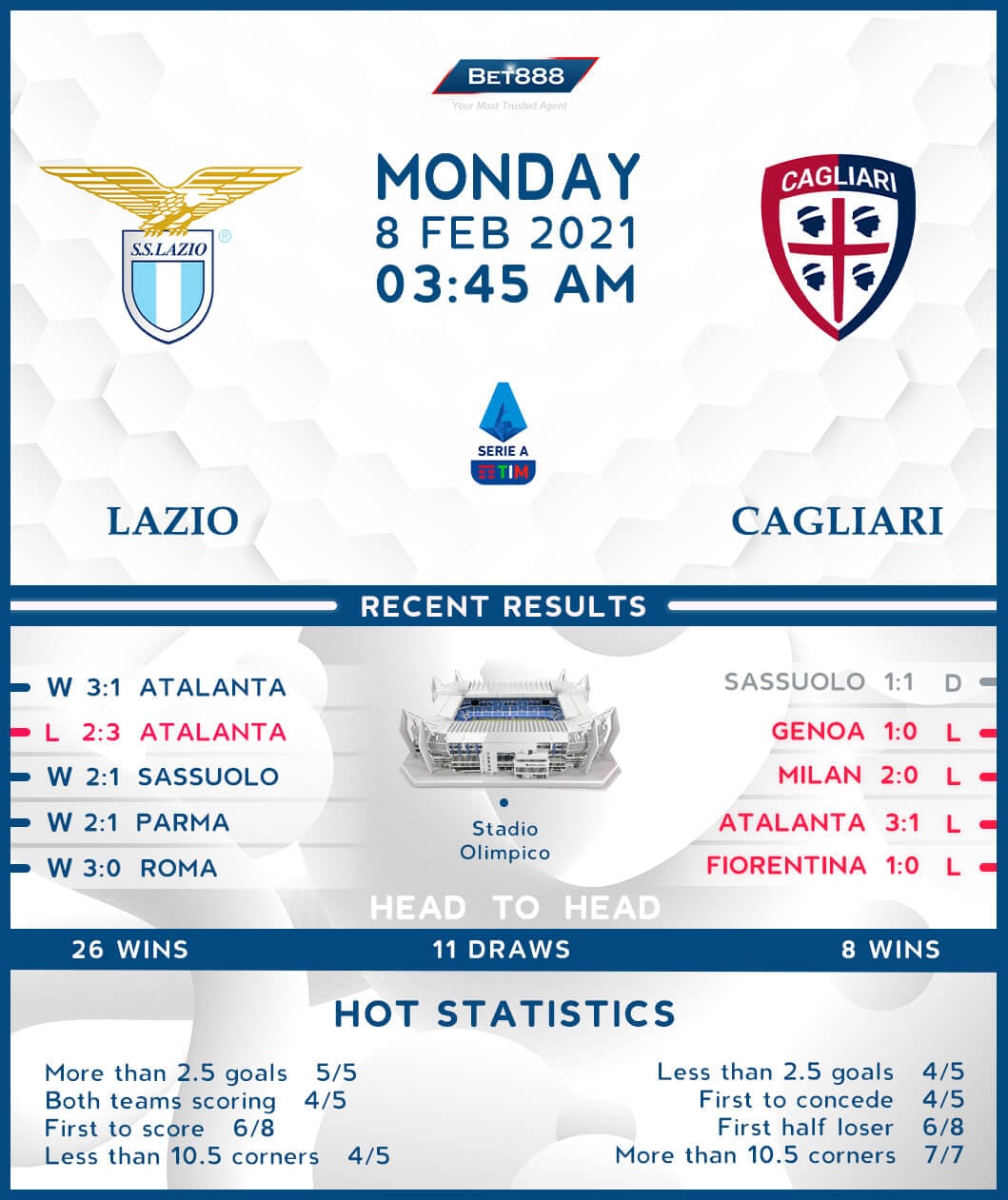