Stadio Olimpico is the venue as Lazio and Inter Milan go head-to-head in a mouth-watering Serie A showdown.

Despite launching his Lazio career with back-to-back Serie A victories, new manager Maurizio Sarri has overseen his side win just one of their last five league fixtures (D2, L2). Lazio’s dip in form ahead of the international break sees them head into this matchday hovering in sixth on goal difference alone. Though their recent Serie A form raises concerns among the Stadio Olimpico faithful, the ‘Biancocelesti’ have been a force to be reckoned with at home, going unbeaten in their last 16 top-flight fixtures here (W14, D2). Indeed, Sarri’s men have not only avoided defeat in all three Serie A home matches this season (W2, D1), but they’ve also netted a staggering 11 goals across those encounters, including a league joint-high six before half-time.

Meanwhile, Inter have been nothing short of exceptional this season despite losing a couple of vital first-team players in the summer, as they go into this gameweek as one of just three sides yet to lose a Serie A match this season (W5, D2). Additionally, Simone Inzaghi’s men have been scoring for fun this term, netting a league-high 22 goals so far, on an average of 3.14 per match. Indeed, the reigning Italian champions have bagged 2+ goals in each of their first seven top-flight games this season en route to setting an unprecedented feat in the club’s history. Adding to their confidence, the ‘Nerazzurri’ have lost just two of their last seven Serie A away H2Hs (W4, D1) after suffering four consecutive defeats in such match-ups beforehand. 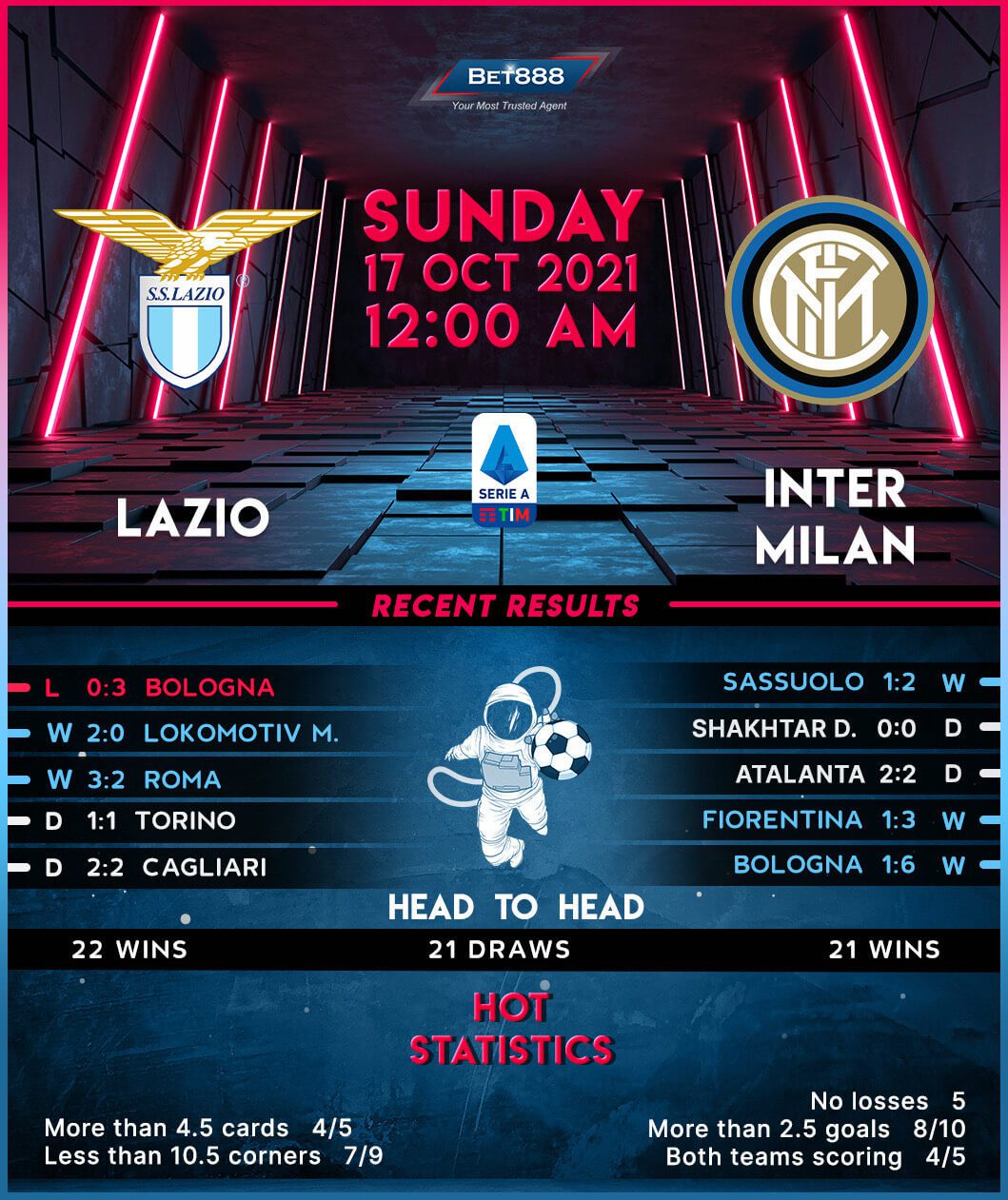