Lazio will be looking to extend their winning Serie A run against relegated Parma to nine matches when the two sides meet at the Stadio Olimpico this midweek.

A dismal 2-0 away defeat to Fiorentina last time out inflicted a devastating blow on Lazio’s hopes of landing a top-four finish as they head into proceedings six points below fourth-placed AC Milan. ‘I Biancocelesti’ haven’t drawn any of their last 19 Serie A fixtures (W13, L5) since being held to a 1-1 stalemate to Genoa in January. But Simone Inzaghi’s men have been a force to be reckoned with at the Stadio Olimpico since the turn of the year, racking up the club-record 11-match winning Serie A run at home. Additionally, free-scoring Lazio have netted 17 goals in their last five home league games on an average of 3.4 per match, scoring precisely two second-half goals on four occasions.

Meanwhile, shifting Parma succumbed to a terrible 5-2 home loss to Atalanta last time out, which was their sixth Serie A defeat on the trot. Parma’s defensive woes have seen them concede over 1.5 goals in all but one of their last eight Serie A outings, allowing a disastrous average of 3.00 goals per game. Bringing the 2019/20 season into the equation, the ‘Crusaders’ have failed to keep a clean sheet in each of their last 24 away Serie A fixtures. This season alone, Roberto D’Aversa’s men have shipped the division second-high 40 goals away from home, conceding 2+ goals in 14 of their 17 league trips so far. After losing each of their last three Serie A games on the road, Parma could suffer four consecutive away league reverses for the first time since February 2015. 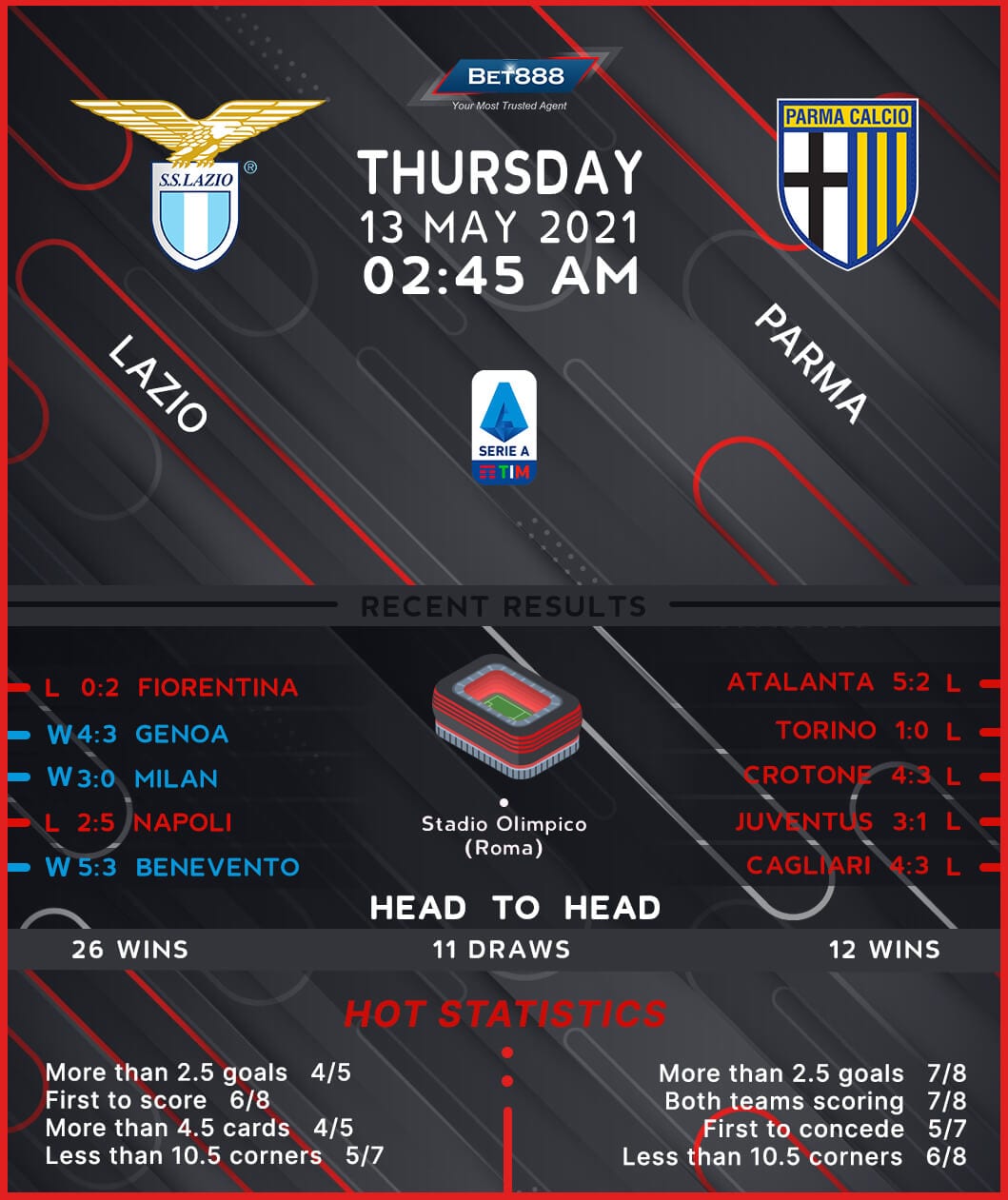