Stadio Olimpico is the venue, as Lazio and Parma lock horns in the Coppa Italia Round of 16.

Ahead of the kick-off, Lazio have racked up a three-game winning Serie A run after claiming just one victory in six competitive matches beforehand (D3, L2). Interestingly, each of Lazio’s three competitive triumphs this calendar year has seen Simone Inzaghi’s team score 2+ goals and get on the scoresheet beyond the 65th minute. Remarkably, ‘I Binacocelesti’ have won each of their last eight competitive home meetings with Parma, four of which via at least a two-goal margin. Additionally, the last time Lazio failed to score against Parma at home was in 2007, with the capital-based outfit finding the net at least once in ten consecutive such fixtures since then. What’s more, the hosts have scored in all 12 competitive home matches this season.

Meanwhile, Parma have gone winless in nine successive games (D4, L5) since outscoring Genoa 2-1 in late November, drawing a blank on six of those occasions. At the other end of the pitch, the ‘Crusaders’ have not only failed to keep a clean sheet in each of their nine away matches this season, but they’ve conceded over 1.5 goals in seven of them. In fact, just one Serie A team has let in more goals on the road than Parma (21) this season! Lapses in concentration in the later stages of play have seen Roberto D’Aversa’s men fail to score inside the 15 minutes in each of their nine away fixtures this season while conceding at least once during that same timeframe in five. Their inability to recover after falling behind has witnessed Parma lose eight of the nine competitive matches in which they conceded first this term (D1). 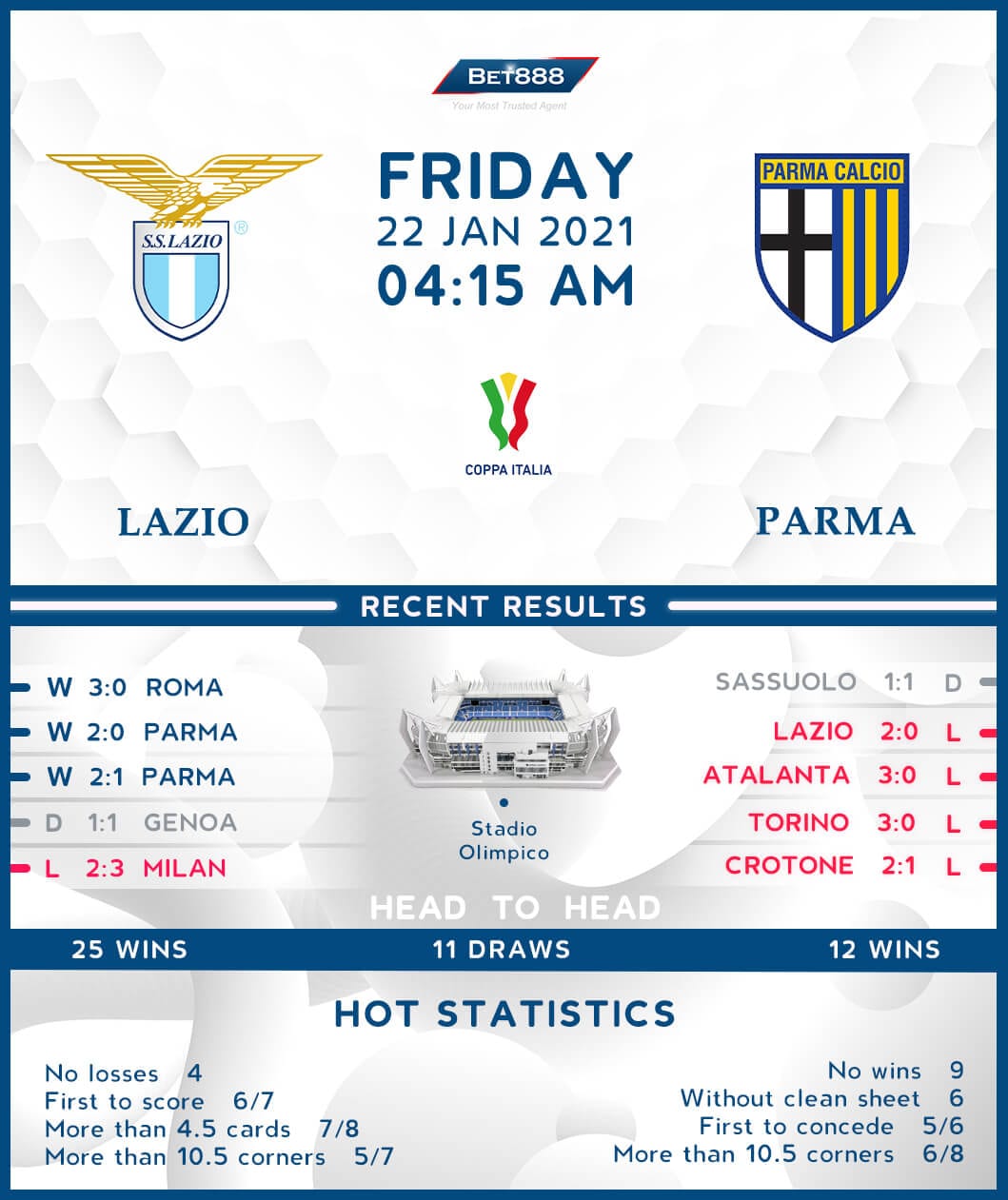