Stadio Olimpico is the venue as Lazio and Roma go head-to-head in the 175th official Derby della Capitale.

Serie A form was underwhelming for Lazio towards the end of the last calendar year (W1, D1, L2), but they’ve won two of their three league matches since the turn of 2021 (D1). At home, ‘I Biancocelesti’ have gone from two consecutive league defeats to back-to-back victories, with three of the games won/lost in this sequence seeing the victor score the first-half opener but fail to keep a clean sheet. Lazio’s home action usually starts late, though, as evidenced by the fact that nine (81.82%) of their 11 Serie A goals scored at the Stadio Olimpico this season have come in the second half of play. Indeed, lackadaisical first-half performances have seen Simone Inzaghi’s men trail at the break in five of their eight home league fixtures this term (HT: W2, D1, L5).

Meanwhile, a 2-2 home draw with Inter Milan last time out did bring Roma’s three-game winning Serie A streak to a halt, though their title hopes remain alive as they enter this round six points adrift of top-placed AC Milan. ‘I Giallorossi’ have been a fun team to watch lately, knowing that six of their seven previous league matches have seen over 3.5 goals and both teams on the scoresheet (W5, D1, L1). However, a lack of consistency on the road has seen Paulo Fonesca’s side alternate between a win and a loss across their last five away Serie A fixtures (W3, L2), with each result (win/loss) in this period witnessing the winner on the day score at least three goals. Roma have failed to beat their arch-rivals in the last three top-flight meetings as visitors (D2, L1), drawing a blank on two of those occasions. 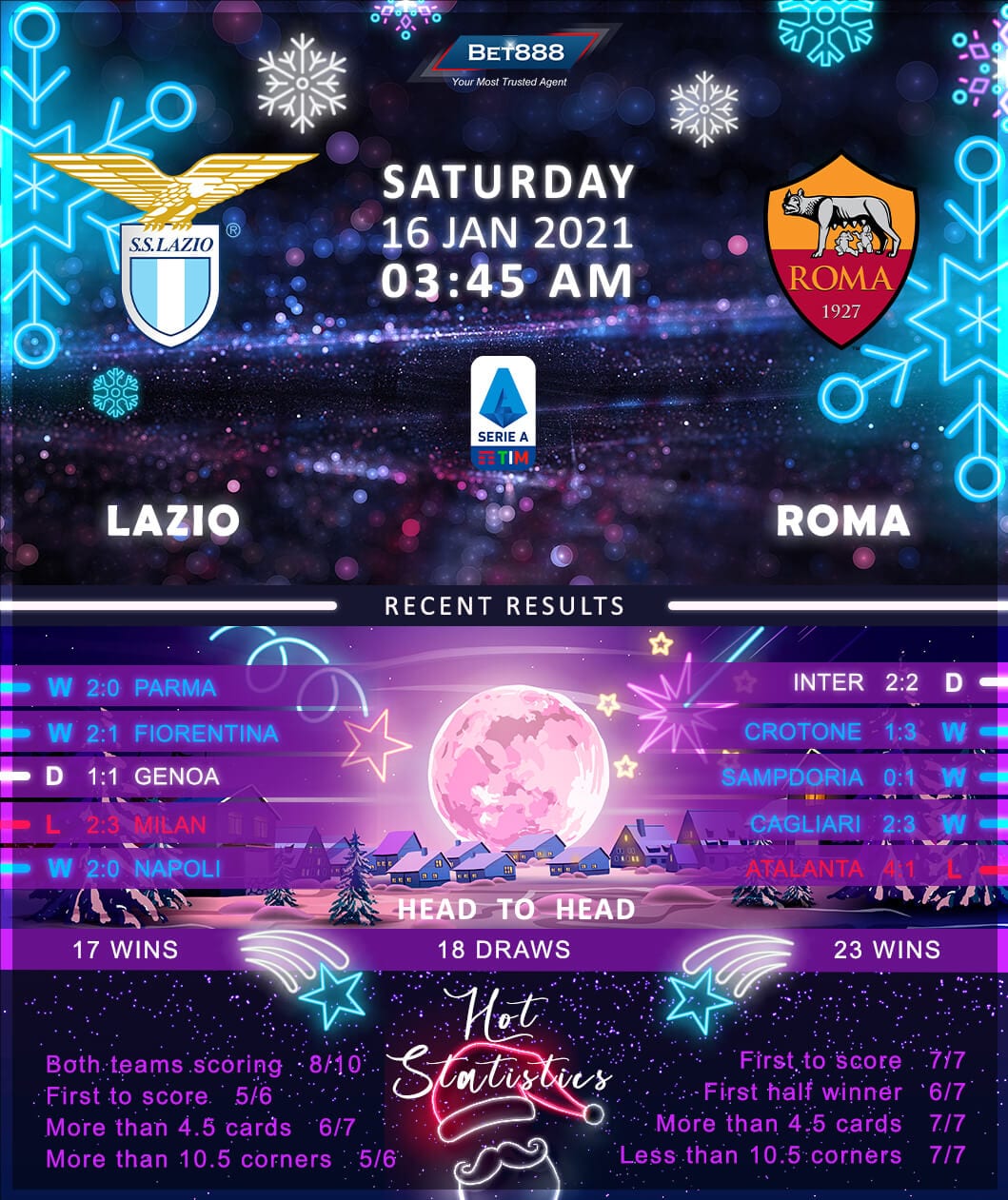