Lazio and Torino are set to square off at the Stadio Olimpico as the hosts look to post their fourth consecutive Serie A win over this opposition for the first time in the club history.

Lazio have suffered two losses in their last three Serie A outings (W1), as many defeats as they had in their previous nine in the competition (W7, L2). But when they lose, it tends to be in a disturbing fashion, as each of their last six league reverses has yielded a losing margin of 2+ goals. On the bright side, ‘I Biancocelesti’ have kept back-to-back clean sheets in Serie A home games and could go three on the trot for the first time since October 2015. Additionally, Lazio have lost just one of their last 16 Serie A meetings with Torino on home turf (W7, D9), courtesy of a 3-1 defeat in December 2017. Notably, Simone Inzaghi’s men boast a 100% win ratio in home Serie A matches in which they were in front at half-time this season (W8).

Meanwhile, the visitors have experienced a massive dip in form ahead of this trip, going from two consecutive league games without a loss (W1, D1) to back-to-back defeats by an aggregate score of 11-1. Indeed, ‘I Granata’ have conceded more goals in their last two Serie A matches than in their previous nine in the competition combined. A lack of firepower up front has seen Torino net under 1.5 goals in six of their last seven Serie A trips, with six of their seven strikes in this spread of fixtures coming in the second half of play. Torino’s away action usually sparks into life after half-time, as witnessed by the fact that 62.07% of their total Serie A goals scored/conceded on the road this season have arrived in the second half of play (36/58). 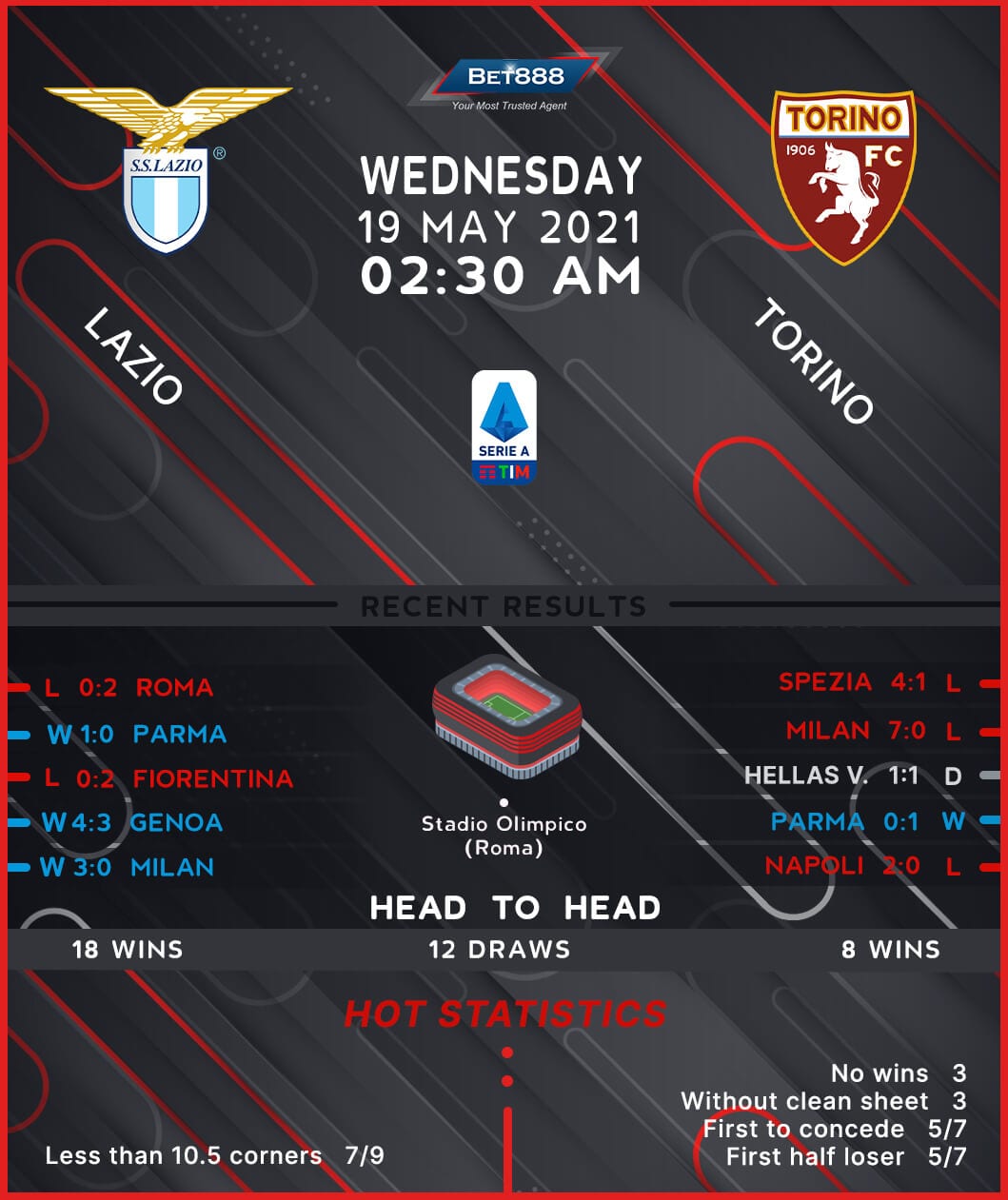