The two clubs that have experienced contrasting fortunes in their previous Serie A outings will lock horns at the Stadio Olimpico as Lazio take on Torino.

Simone Inzaghi’s men suffered a dismal 2-0 away defeat at Bologna at the weekend and will be looking to avoid a similar setback, as they now trail fourth-placed Atalanta by three points. Interestingly, since drawing 1-1 at Genoa in their first Serie A match in 2021, none of Lazio’s subsequent nine league matches have ended in a draw (W7, L2), 55.56% of those wins/losses seeing the victor keep a clean sheet. At home, ‘I Biancocelesti’ are on a six-game winning streak in Serie A, shutting out their opposition on four occasions in that sequence. Furthermore, the H2H stakes at the Olimpico in the 21st century massively favor the home side, as Lazio have only lost one of their 13 top-flight meetings held at this venue (W5, D7, L1).

On the other hand, Torino ran out 1-0 victors at Cagliari last time out, ending a run of five consecutive league draws and moving five points clear of the relegation zone. The visitors have established themselves as ‘stalemate specialists’ this season, drawing a league-high 47.83% of their Serie A fixtures (11/23). Despite entering this clash as betting outsiders, ‘I Granata’ will be confident of at least finding the net after scoring in all but two of their 12 league trips this season. Quite comfortable on the road, Davide Nicola’s men have registered 57.58% of their total Serie A goals scored this term away from home (19/33). A leaky defense could be an issue, though, as only three sides have conceded more away Serie A goals on the road than Torino (22) this season. 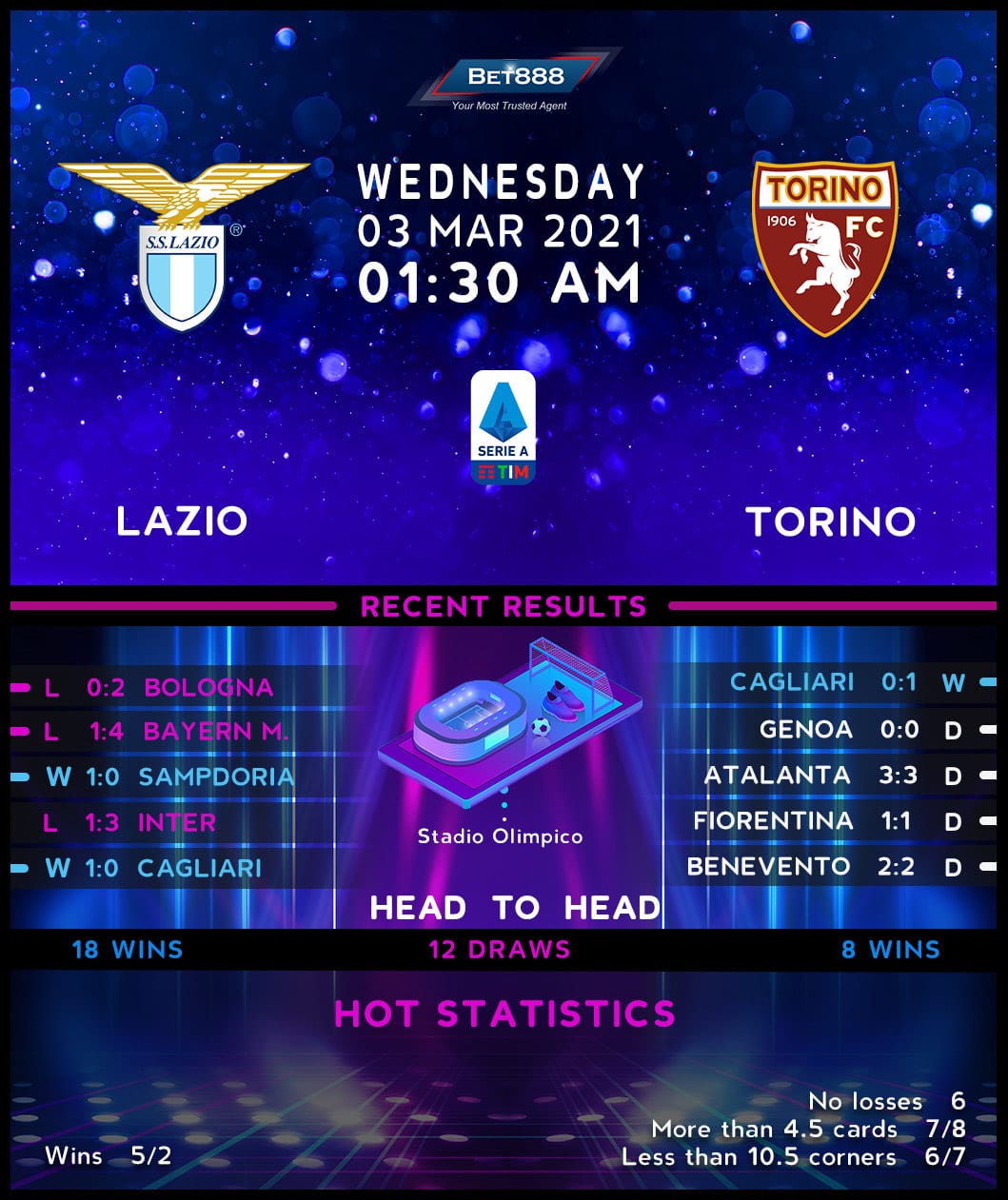