With just a point separating the sides ahead of the kick-off, Leeds United (35) and Aston Villa (36) face off at Elland Road in a mid-table Premier League clash.

A 3-0 dispatching of Southampton in the Premier League midweek means that none of Leeds’ last 16 league matches have ended in a draw (W8, L8), with precisely half (8) of the results (win/loss) in that period seeing the winner on the day keep a clean sheet. At home, the ‘Whites’ have gone from two consecutive Premier League defeats to back-to-back victories, both of which came by over 1.5 goals ‘to nil.’ Marcelo Bielsa’s men will be confident of maintaining their home form against a side they’ve not lost to in any of their last six competitive meetings at Elland Road (W2, D4). Curiously, three of the four draws across that six-game sequence yielded the identical 1-1 scoreline, with Leeds being pegged back after breaking the deadlock on each occasion.

Meanwhile, a lack of firepower in the final third has seen Aston Villa net under 1.5 goals in each of their last Premier League outings (W2, D1, L2), losing ground on the top-four in the process. In turn, the ‘Clartes’ have scored one goal or less in five of their last six away league matches, picking up just a single triumph over that stretch of fixtures (D2, L3). At the other end of the pitch, Dean Smith’s men have kept a clean sheet in a league-high 58.33% of their Premier League trips this season. However, lapses of concentration after half-time have seen Aston Villa register a clear majority (70%) of their total Premier League goals conceded on the road in the second half of play (7/10). 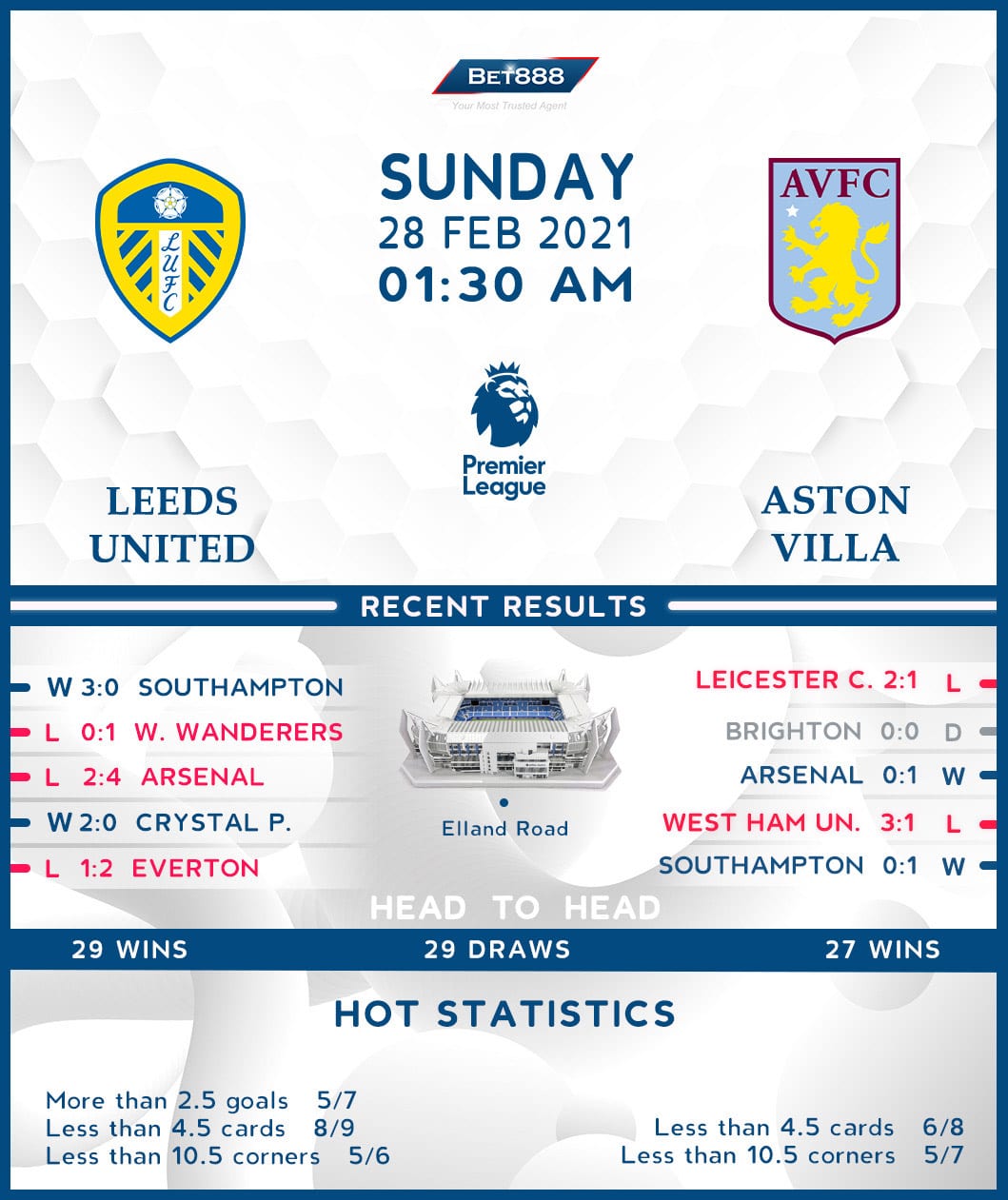