Leeds were swept aside by Manchester United 6-2 last time out, which marked their fourth consecutive Premier League match that has seen over 2.5 goals and both teams on the scoresheet (W1, L3). At home, the hosts had gone winless in five league games (D2, L3) before dismantling Newcastle United 5-2 in their last such fixture. Leeds’ attacking set-up usually sparks into life after the break, as evidenced by the fact that eight (66.67%) of their 12 Premier League goals scored at home this season have come in the second half of play. But, Marcelo Bielsa’s men have to be wary of the fact they’ve failed to beat Burnley in both of their previous competitive H2Hs as hosts (D1, L1), scoring precisely one goal apiece across those clashes.

Meanwhile, the visitors seem to have managed to establish some consistency over their last four Premier League outings (W2, D2), conceding under 1.5 goals on each occasion. Low scoring has been a theme for Burnley on the road lately, as just one of their five previous away league matches has produced over 2.5 total goals, with three of the other four yielding the same 0-0 scoreline. Indeed, the ‘Clarets’ have been struggling in front of goal this term, clocking up only a league second-low eight goals. Yet, Sean Dyche’s side can take some confidence from the fact they’ve avoided defeat in each of their last four league meetings with Leeds (W3, D1) despite failing to keep a clean sheet in three of them. 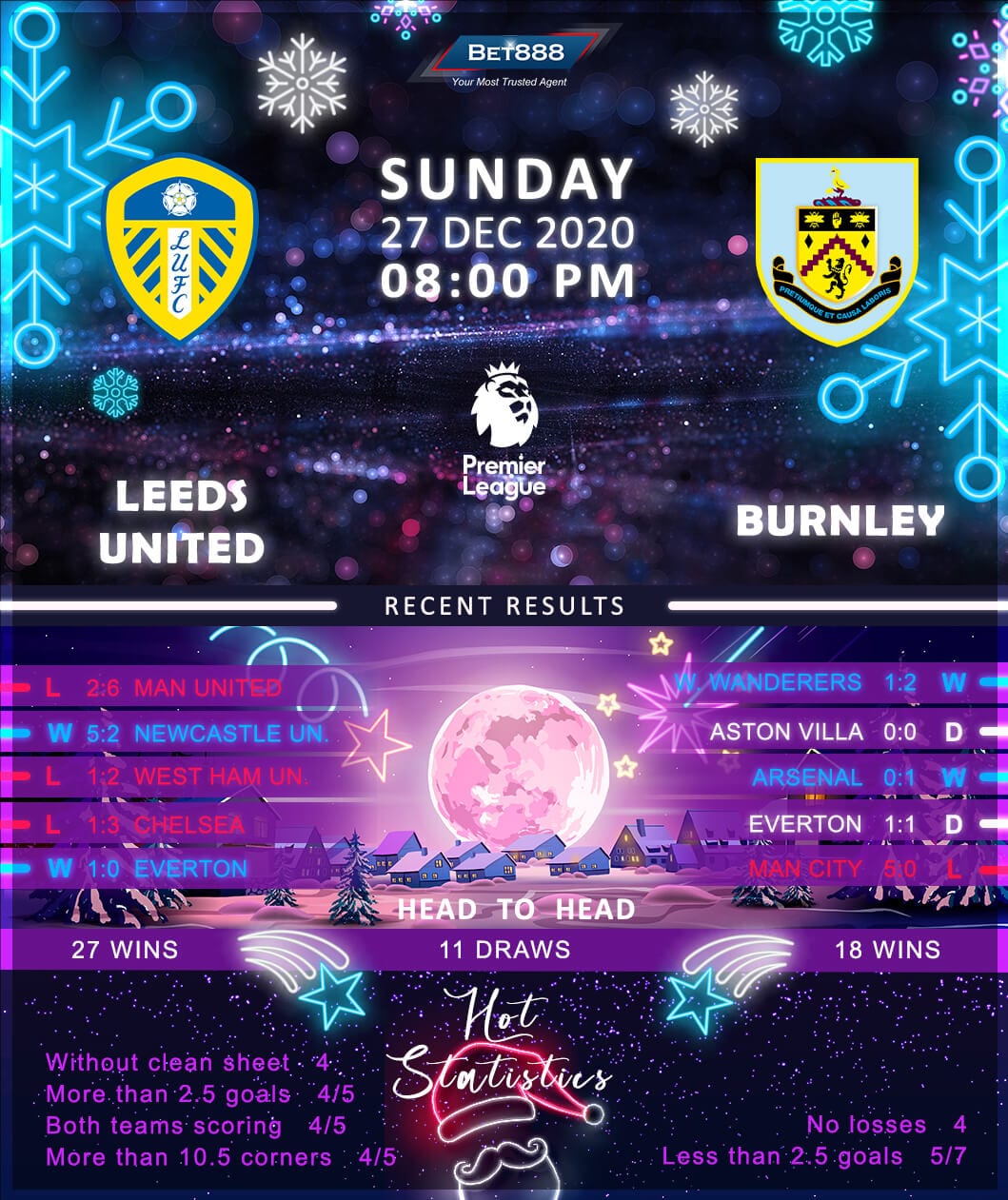