Leeds United and Chelsea are set to trade tackles at Elland Road in an exciting Premier League fixture.

A 2-0 away defeat at West Ham United over the midweek saw Leeds slip to one win from their previous five Premier League outings (L4), with each of the last four games won/lost seeing the victor keep a clean sheet. Interestingly, none of their last 19 top-flight fixtures have ended in a draw (W8, L11), with 57.89% of those matches yielding a winning/losing margin over 2+ goals. Slow starts should worry Marcelo Bielsa heading into this encounter as his men have conceded the opener in the fourth joint-highest 14 Premier League games this term. At home, the ‘Whites’ have fallen behind in six of their 14 league matches, ending on the losing side on four of those occasions (W1, D1). Furthermore, Leeds have lost four of their last five competitive meetings with Chelsea (D1), including a 3-1 thumping in the reverse fixture.

Meanwhile, Thomas Tuchel continues to defy the odds, with a 2-0 home triumph against Everton over midweek extending his unbeaten start at Stamford Bridge to 11 games (W8, D3). The German manager has shored up Chelsea’s defense upon his arrival as the ‘Blues’ have only failed to keep a clean sheet in two of their 11 competitive matches with him in the dugout. Entertainment has been relatively sparse, though, as each of those 11 fixtures featured under 1.5 first-half goals, with only one producing 3+ FT goals. It should, however, encourage Chelsea, given their inability to grind out a result after falling behind. The Londoners have failed to win any of their five away Premier League matches in which they conceded first this term (D2, L3). 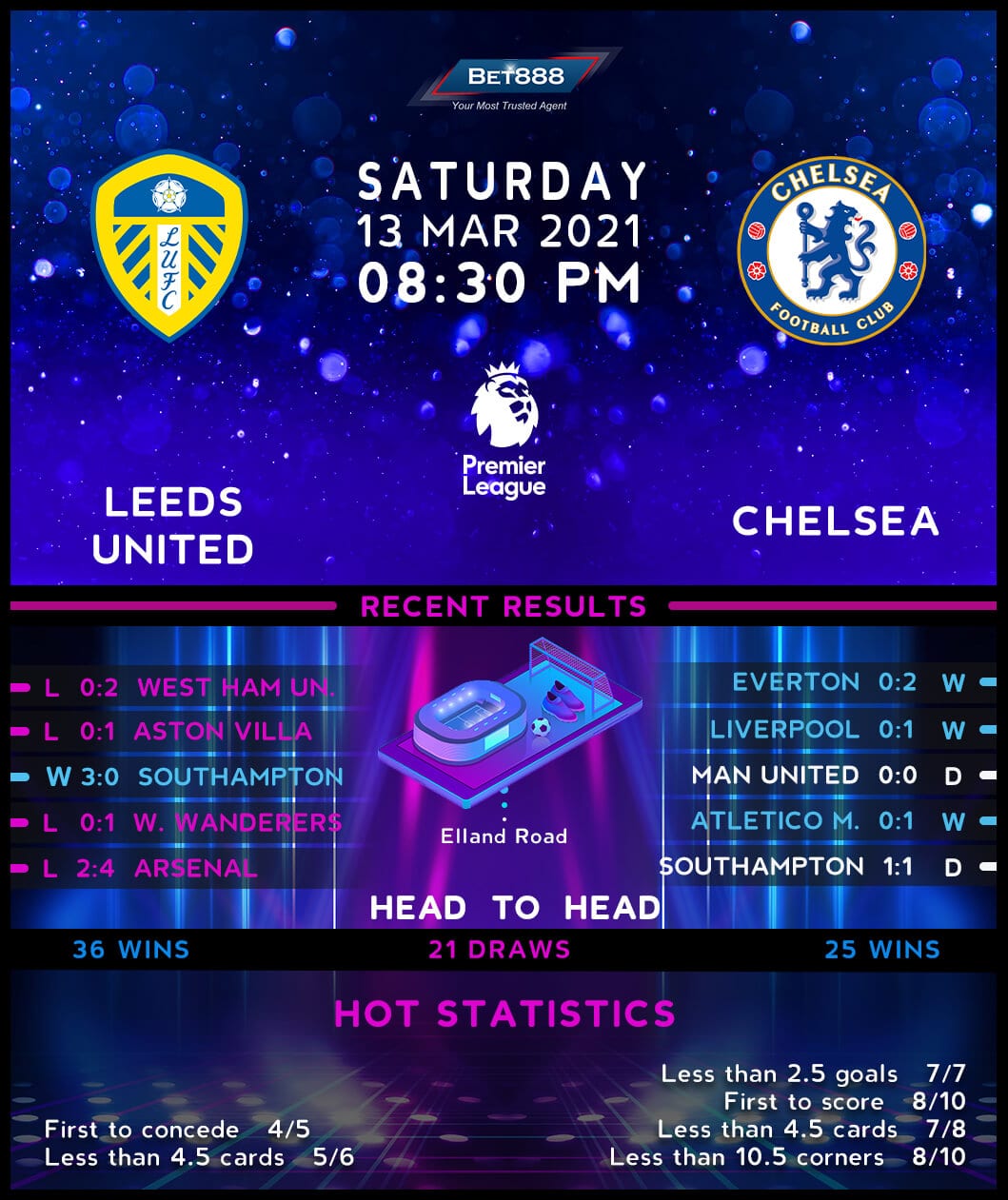