Leeds have enjoyed an upturn in form ahead of the kick-off, going from back-to-back Premier League defeats to two successive triumphs, despite failing to keep a clean sheet on each occasion. By extension, a lack of genuine defensive quality has seen the ‘Whites’ concede at least once in 77.78% of their Premier League home outings this season, letting in 1.55 goals on average per home league fixture. Given Marcelo Bielsa’s all-out-attack approach, it may come as some surprise that Leeds have netted under 1.5 goals in seven of their last eight Premier League home games, failing to score from open play on five of those occasions. However, Leeds can draw on their impressive midweek performances this season that has seen them win all three Premier League matches held on either Tuesday, Wednesday, or Thursday.

In the meantime, Everton succumbed to a shocking 2-0 home defeat to Newcastle United at the weekend, meaning they’ve only won one of their last four Premier League outings (D1, L2). But, the ‘Toffees’ are unbeaten in four top-flight trips in a row (W3, D1), keeping a clean sheet in the last two. To optimize their chances of winning, Everton will have to live up to defensive expectations, especially considering they’ve failed to complete a single comeback in three away Premier League games in which they shipped the opening goal this season (D1, L2). Having that said, Carlo Ancelotti’s men have registered a clear majority (61.54%) of their total league goals scored away from home this term in the first half of play (8/13). 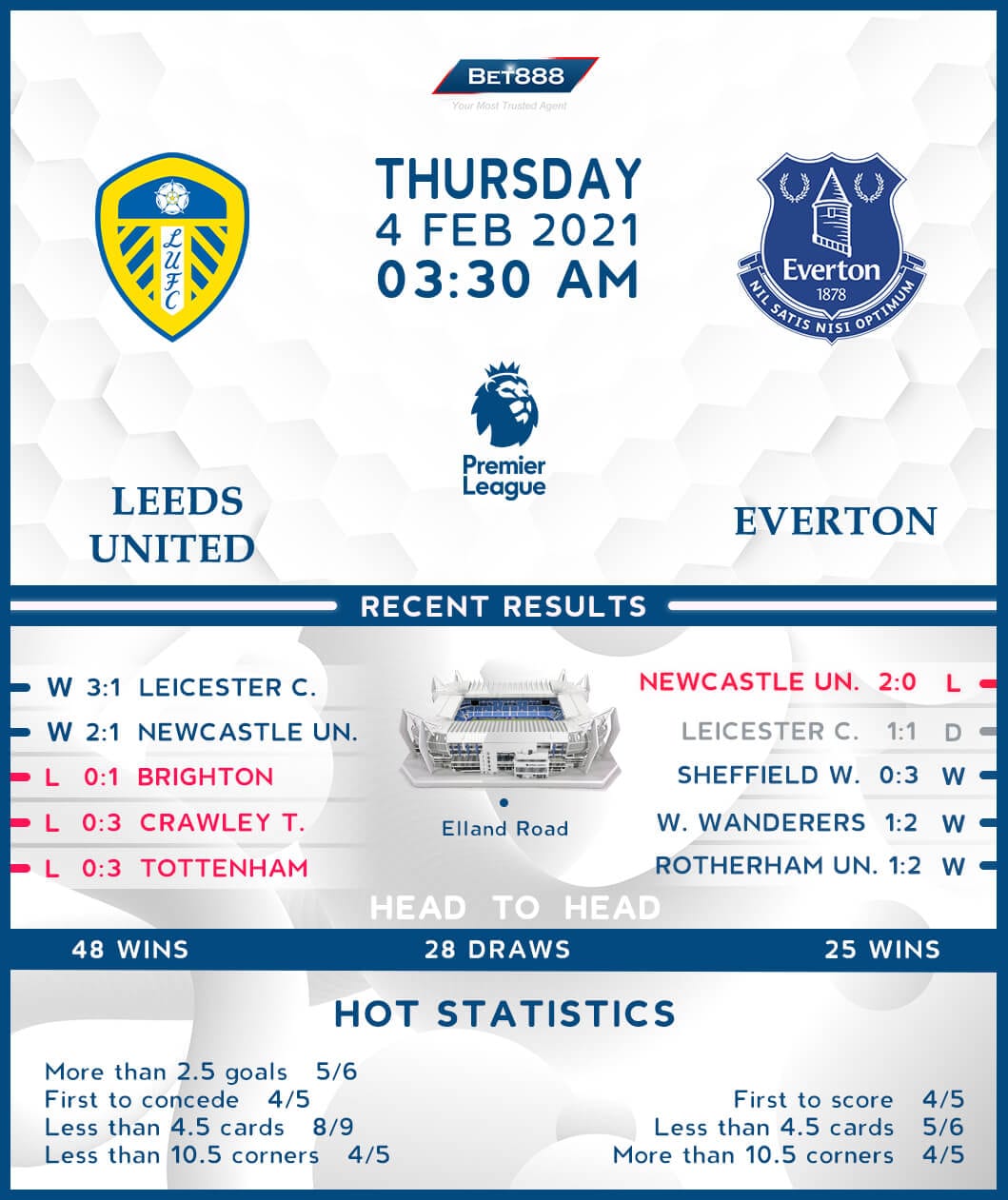