Leeds United and Liverpool go head-to-head at Elland Road in their first Premier League meeting at this venue since February 2004.

The hosts have racked up three successive Premier League victories since a goalless home draw with Chelsea on Matchday 28, a run that includes a 2-1 win at Manchester City last time out. Leeds will now be looking to win four top-flight fixtures on the bounce within a single campaign for the first time since April 2001. At home, the ‘Whites’ have suffered just one defeat in their last five Premier League matches (W3, D1), registering a shutout on three occasions in the process. Indeed, the ‘clean-sheet’ theme has highlighted Leeds’ recent home league games as six of the last eight have seen one or both sides fail to get on the scoresheet. Lapses of concentration after the interval have seen Marcelo Bielsa’s men record two-thirds of their total home Premier League goals conceded this term in the second half of play (14/21).

After coming out victorious in the reverse fixture back in September 2020, Liverpool will be looking to claim their fifth Premier League double over Leeds and first since 2002/03. Coming into this matchday, the reigning English champions have won three consecutive league matches, scoring 2+ second-half goals in the last two. Since the turn of the year, none of Liverpool’s seven away Premier League games have ended in a draw (W5, L2), with 71.43% of the encounters won/lost in that sequence yielding at least a two-goal margin. Notably, though, Jurgen Klopp’s men have won five of their last six league matches on the road (L1), more than they had in their previous 15 away from home in the competition (W4, D6, L5). Liverpool’s road action usually sparks into life after half-time, as witnessed by the fact that 21 (72.41%) of their 29 away league goals scored this season have come in the second half. 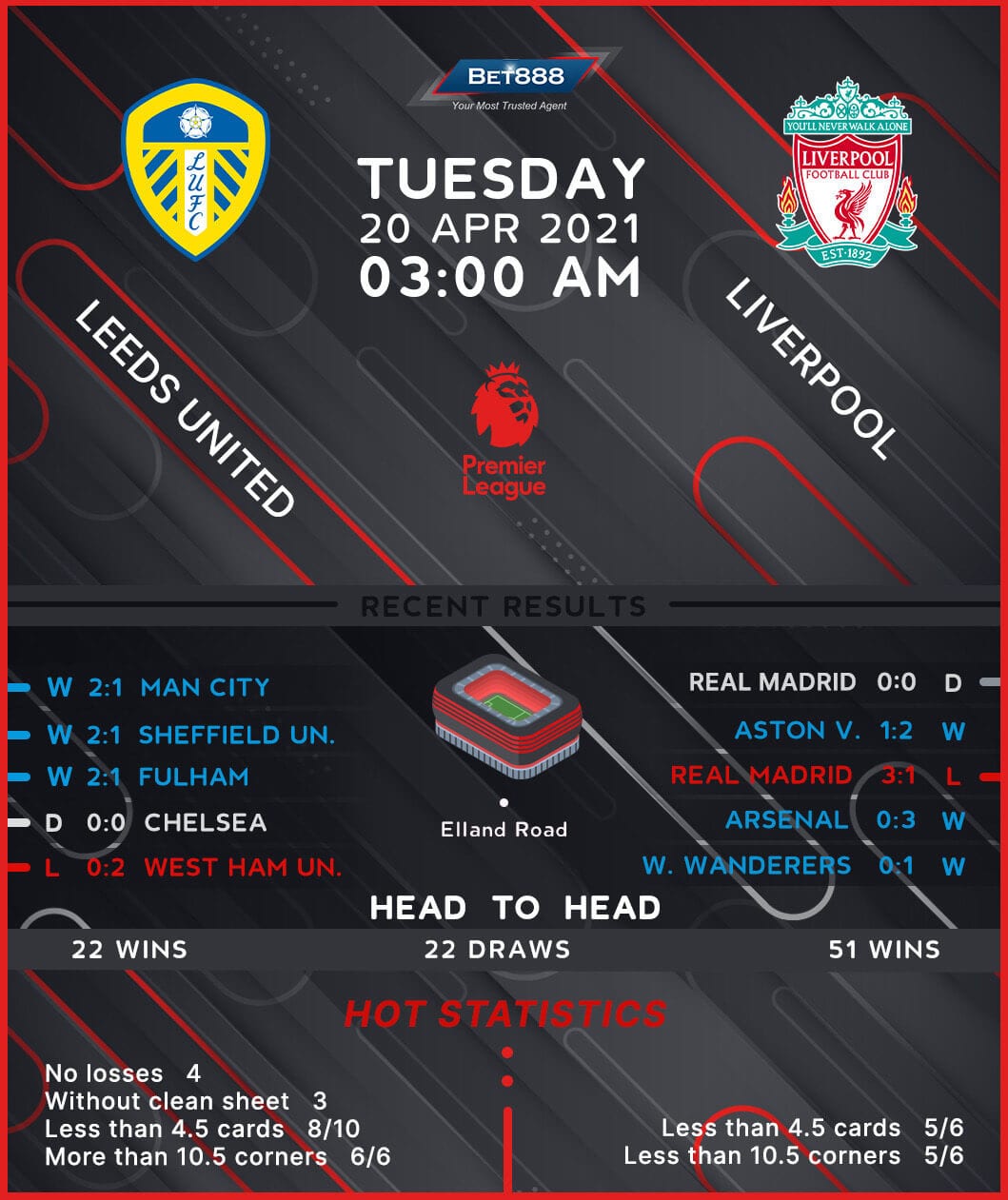