Leeds United and Manchester United go head-to-head at Elland Road in their first Premier League meeting at this venue since October 2003.

Leeds’ 1-1 home draw with Liverpool last time out extended their unbeaten Premier League run to five games (W3, D2), with each of their last four league matches now seeing both teams score. Yet, entertainment has been relatively sparse in Leeds’ recent home fixtures as three of the previous four have featured under 2.5 total goals. Topically, only 43.75% of their Premier League games at Elland Road this season have produced 3+ total goals. The ‘Whites’ now face a formidable opposition they have defeated only once in their last eight home meetings in all competitions (D2, L5). Their most recent top-flight encounters at this venue have been notably tight, with each of the last seven seeing the sides separated at full-time by under 1.5 goals (W2, D2, L3).

Meanwhile, the visitors take the field after winning five competitive games in a row and are undefeated in their previous 12 Premier League outings (W7, D5), winning the last two by the identical 3-1 scoreline. Away from home, the ‘Red Devils’ have not lost any of their last 23 Premier League fixtures (W15, D8) – the 2019/20 season included – and are only four games short of equaling the longest unbeaten away streak in the Premier League history. Even if they fall behind, Ole Gunnar Solskjaer’s men should have enough character to dig themselves out of trouble, as they’ve won 88.89% of the away league matches in which they conceded first this season (GP9 – W8, D1). Indeed, impressive second-half performances have seen Manchester United return an intimidating +17 second-half goal difference on the road this term (GF:20, GA:3). 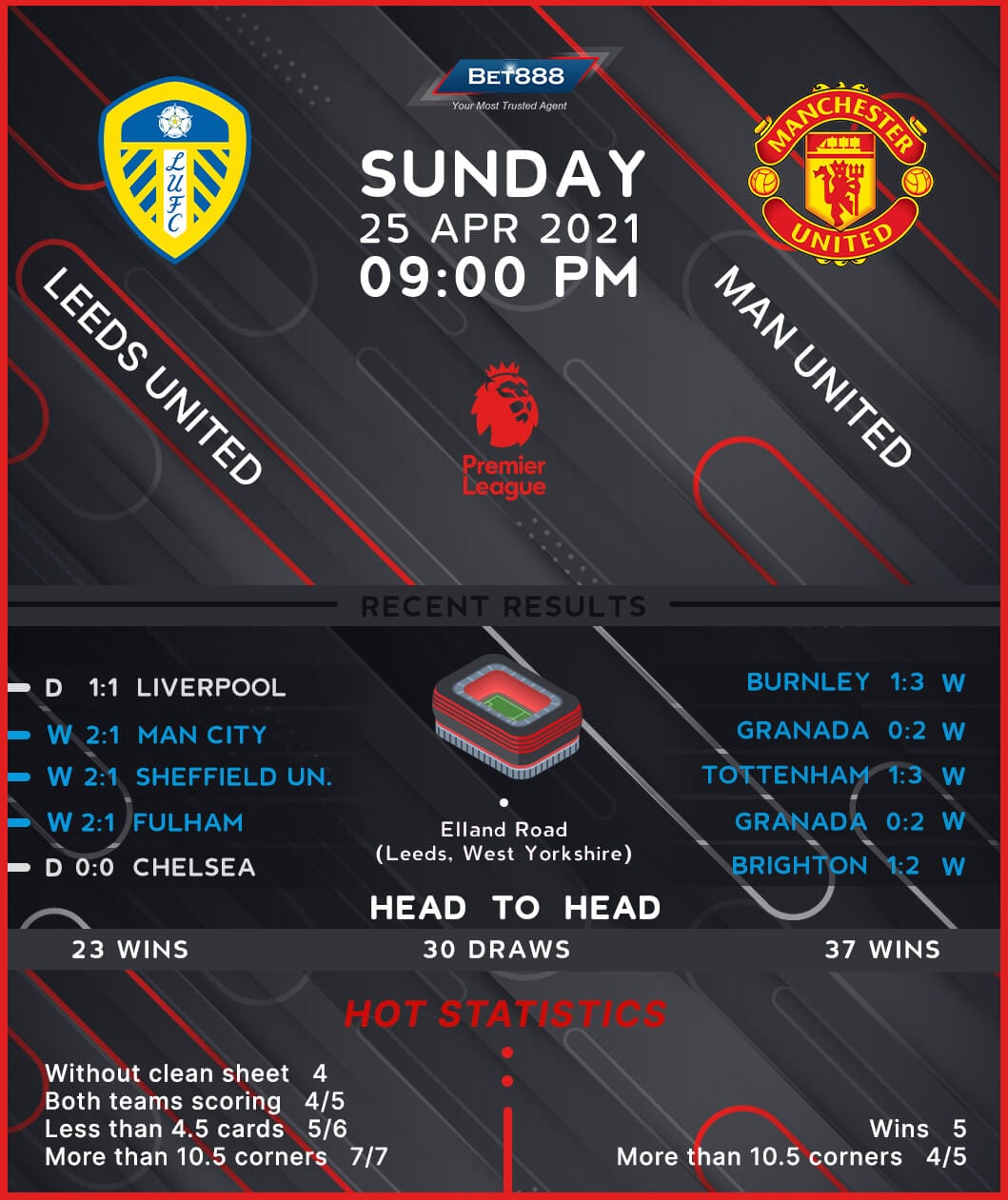