Leeds United will be looking to secure a league double over basement boys Sheffield United for the first time since 1991/92 when the two sides meet at Elland Road this weekend.

Despite blowing hot and cold for most of the season, Leeds have drawn just one of their last 21 Premier League fixtures (W9, L11), courtesy of a goalless home stalemate with Chelsea on Matchday 28. The clean sheet has been a common theme in their recent league matches as five of the last six have seen one or both sides fail to get on the scoresheet, which has been the case in three of their previous five competitive H2Hs at this venue. Coming into this matchday on the back of a 2-1 away win at Fulham, the ‘Whites’ will be looking to post back-to-back Premier League triumphs for only the fourth time this season. They can draw confidence from their impressive top-flight record versus the relegation-threatened sides that has seen Marcelo Bielsa’s men win all four such encounters by an aggregate score of 12-4 this campaign.

In the meantime, nailed to the bottom of the table, Sheffield already look like a doomed outfit as they sit 14 points adrift of 17th-placed Newcastle after losing 79.31% of their Premier League games this term (GP29 – W4, D2, L23). Ahead of the kick-off, the ‘Blades’ have suffered consecutive league defeats by an aggregate score of 7-0, conceding the opening goal inside the final 15 minutes of the first half on each occasion. Adding to their misery, Paul Heckingbottom’s men are the only side yet to hit a 20-goal barrier this Premier League campaign (16), scoring a league-low six away goals so far. Curiously, though, each of their three first-half league goals netted on the road this season have come within 25 minutes of play. Leeds’ opener may well wrap up this fixture early, considering the visitors have surrendered the points in all ten away Premier League matches in which they conceded first. 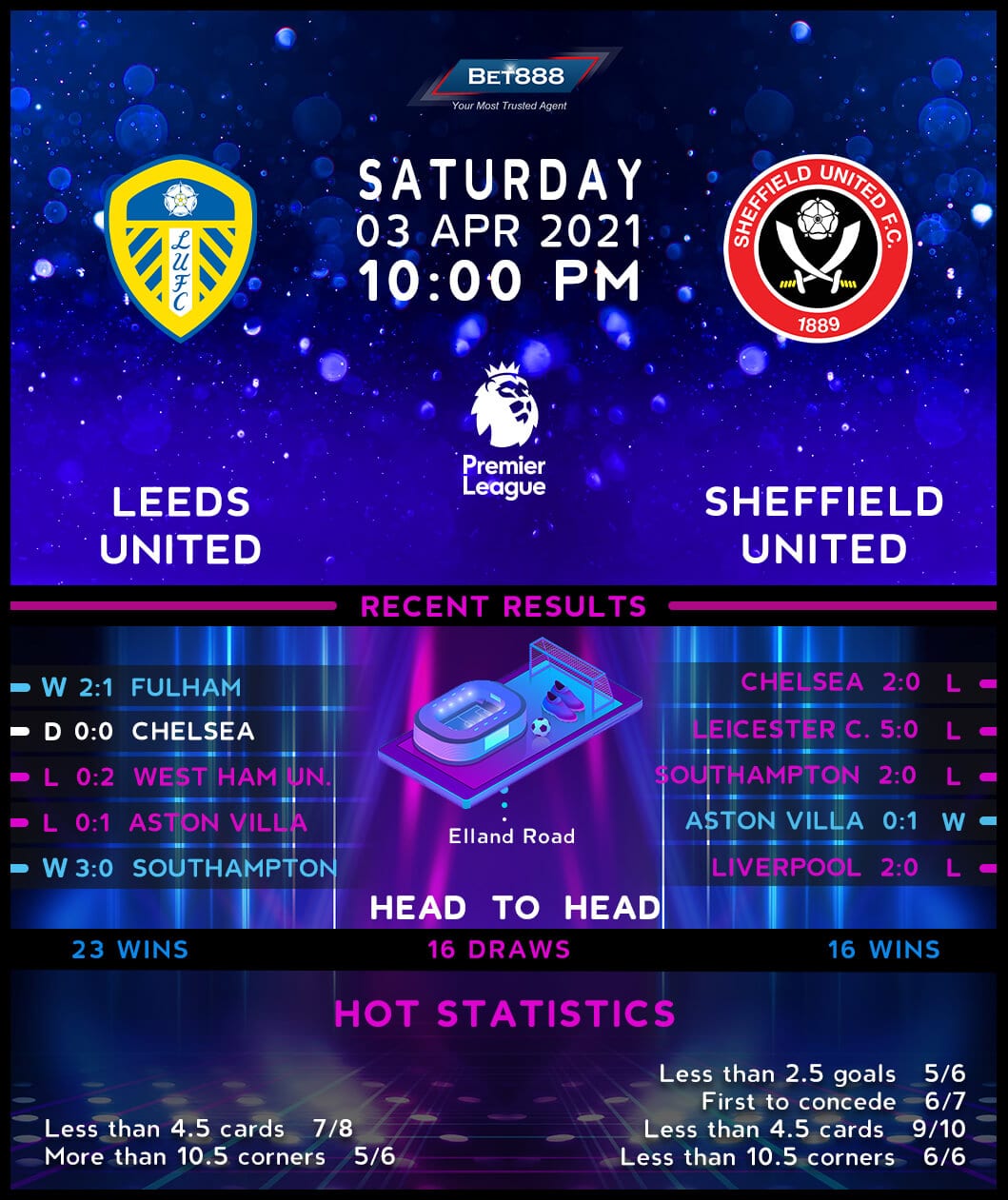