Leeds United and West Ham United are set to face-off at Elland Road in their first Premier League meeting since February 2003.

Leeds have been struggling for goals lately, netting under 1.5 goals in eight of their last nine Premier League outings (W3, D2, L4). Far more dangerous after half-time, Marcelo Bielsa’s men registered seven of their nine goals scored across that nine-game sequence in the second half of play. Despite avoiding defeat in each of their last four competitive home H2Hs (W3, D1), the ‘Whites’ head into this encounter after failing to pick up the three points in four consecutive Premier League home matches (D2, L2). Low scoring was a theme for Leeds during this same run of fixtures, as three of those four games featured under 1.5 first-half goals and less than three at full-time. It’s also worth noting that they have failed to find the opener in four Premier League home matches in a row since defeating Fulham 4-3 on Matchday 2.

Meanwhile, David Moyes’ side suffered a 3-1 home loss to Manchester United last time out, bringing a three-game winning Premier League streak to a halt. West Ham’s recent league fixtures have been notably tight, as six of their seven previous Premier League matches have ended separating the teams by under 1.5 goals (W3, D2, L2). Yet, the visitors have been an exciting side to watch on the road this season, as four of their five away league games so far have produced over 2.5 goals. Notably, the ‘Hammers’ have found the net in each of their five Premier League trips so far, bagging precisely three goals per match on two of those occasions. Against this backdrop, they have drawn a blank in four of their last seven competitive trips to Leeds, scoring precisely once per game in the other three. 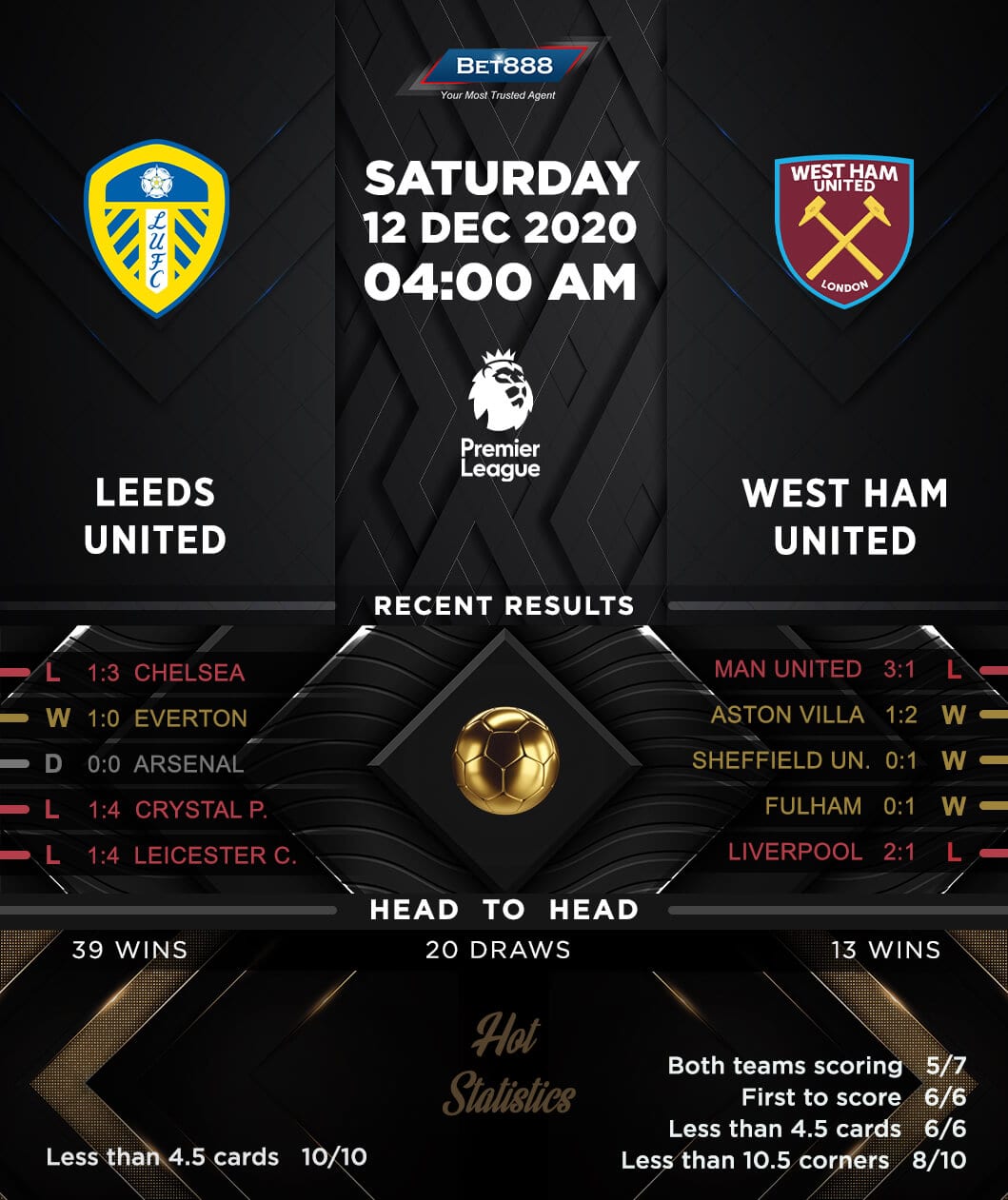