Leicester City will be looking to cement a top place in their UEFA Europa League section when they take on rock-bottom AEK Athens at the King Power Stadium.

Leicester have qualified for the Europa League knock-out stage despite going from three group-stage triumphs in a row to two consecutive such games without a win (D1, L1). Three of the four results (win/loss) during that five-match sequence saw the winner on the day keep a clean sheet. Also, four of those fixtures have seen the opener arrive within 30 minutes of play. Notably, the ‘Foxes’ have won both of their home games in this season’s group stage without conceding and via at least a three-goal margin. As a consequence, they have now won seven of their 11 home matches across major European competitions (D3, L1). Meanwhile, Leicester boss Brendan Rodgers now has eight victories in 12 Europa League home games in his managerial career (D2, L2).

On the other hand, AEK have lost four of their five fixtures in this season’s Europa League group stage (W1), including a 2-1 defeat to Leicester in the reverse fixture on Matchday 2. Interestingly, four matches in this five-game run saw the victor score at least three goals and get on the scoresheet first. Also, both of their away Europa League games this term have featured over 1.5 second-half goals. Truly disappointing performances on the international scene have seen AEK lose ten of their last 11 matches across major European competitions (W1). Additionally, the ‘Énosis’ have suffered four defeats in their five previous UEFA trips to England (W1), with that sole victory dating back to 1976. 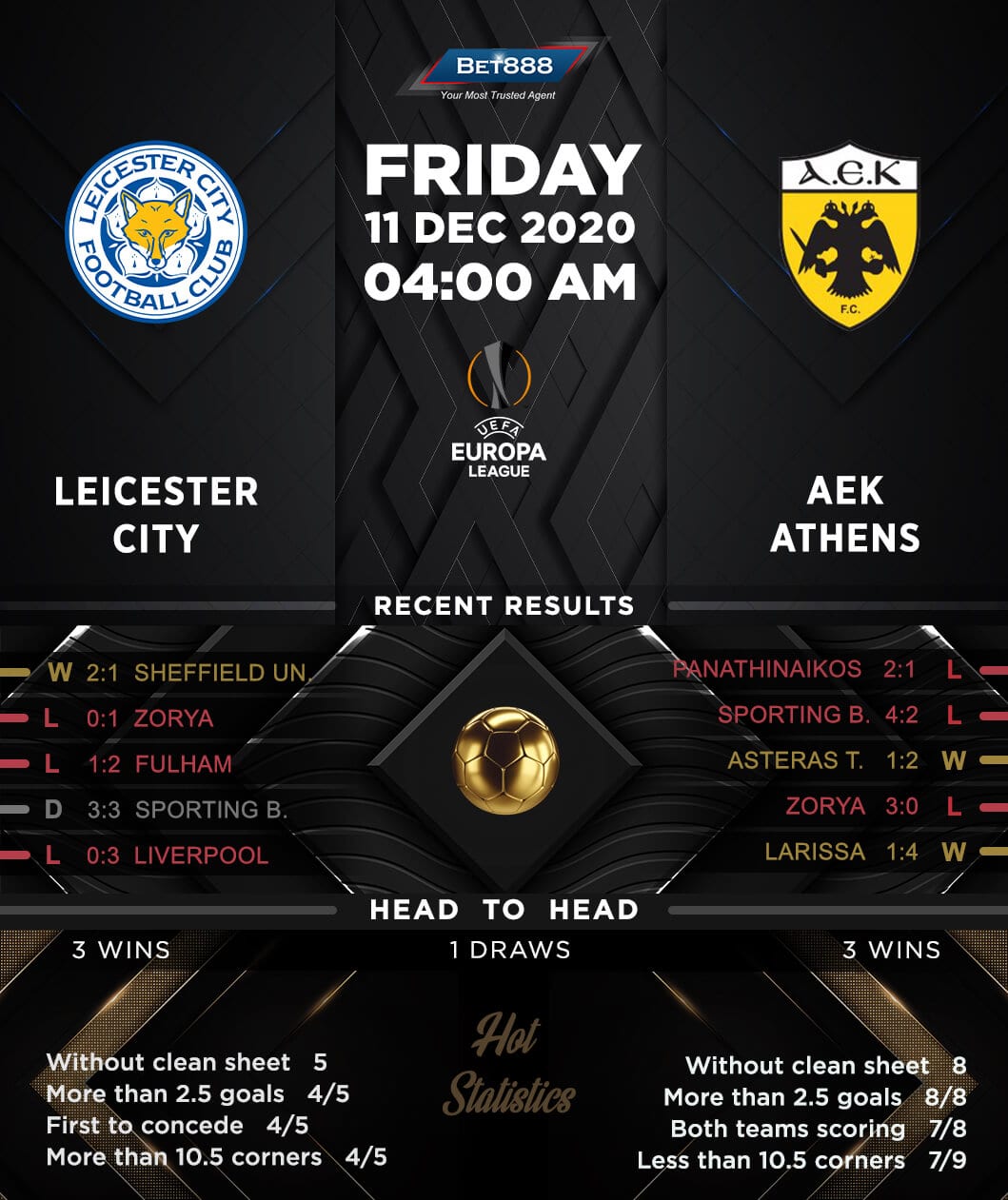