Arsenal have a chance to inflict swift revenge for a heartbreaking 1-0 defeat in the reverse Premier League fixture as they face Leicester City at the King Power Stadium.

Leicester shockingly bowed out of the UEFA Europa League last-32 after suffering a 2-0 second-leg loss to Slavia Praha at home. In the Premier League alone, the ‘Foxes’ have gone unbeaten in four matches on the bounce (W3, D1) since losing 3-1 to Leeds United at home, scoring 2+ goals in each success over that stretch of games. Curiously, just one of Leicester’s 12 Premier League fixtures at the King Power Stadium this season has ended in a draw (W6, L5). Brendan Rodgers’ men will be confident of improving their home record as they meet a side they’ve defeated by at least a two-goal margin in each of their last three top-flight encounters held at this venue. The hosts often go rampant in the Premier League following a European midweek, winning six of their seven league matches preceded by a European fixture this season (L1).

Meanwhile, Pierre-Emerick Aubameyang’s 87th-minute winner in midweek propelled Arsenal to the Europa League Round of 16. However, the ‘Gunners’ continue to stutter in the Premier League having picked up only one win in their last five league outings (D1, L3), failing to score on three occasions in the process. Away from home, Mikel Arteta’s men have not drawn any of their previous seven Premier League fixtures (W3, L4), with four of the games won/lost in that period yielding a narrow one-goal margin. It will be a daunting prospect for Arsenal to wrap up all three points here as they have only won 14.3% of their recent top-flight visits to the King Power Stadium (GP:7 – W1, D3, L3). A lack of capacity to bounce back has seen the Londoners lose 81.82% of the Premier League matches in which they conceded the opening goal this season (GP:11 – W1, D1, L9). 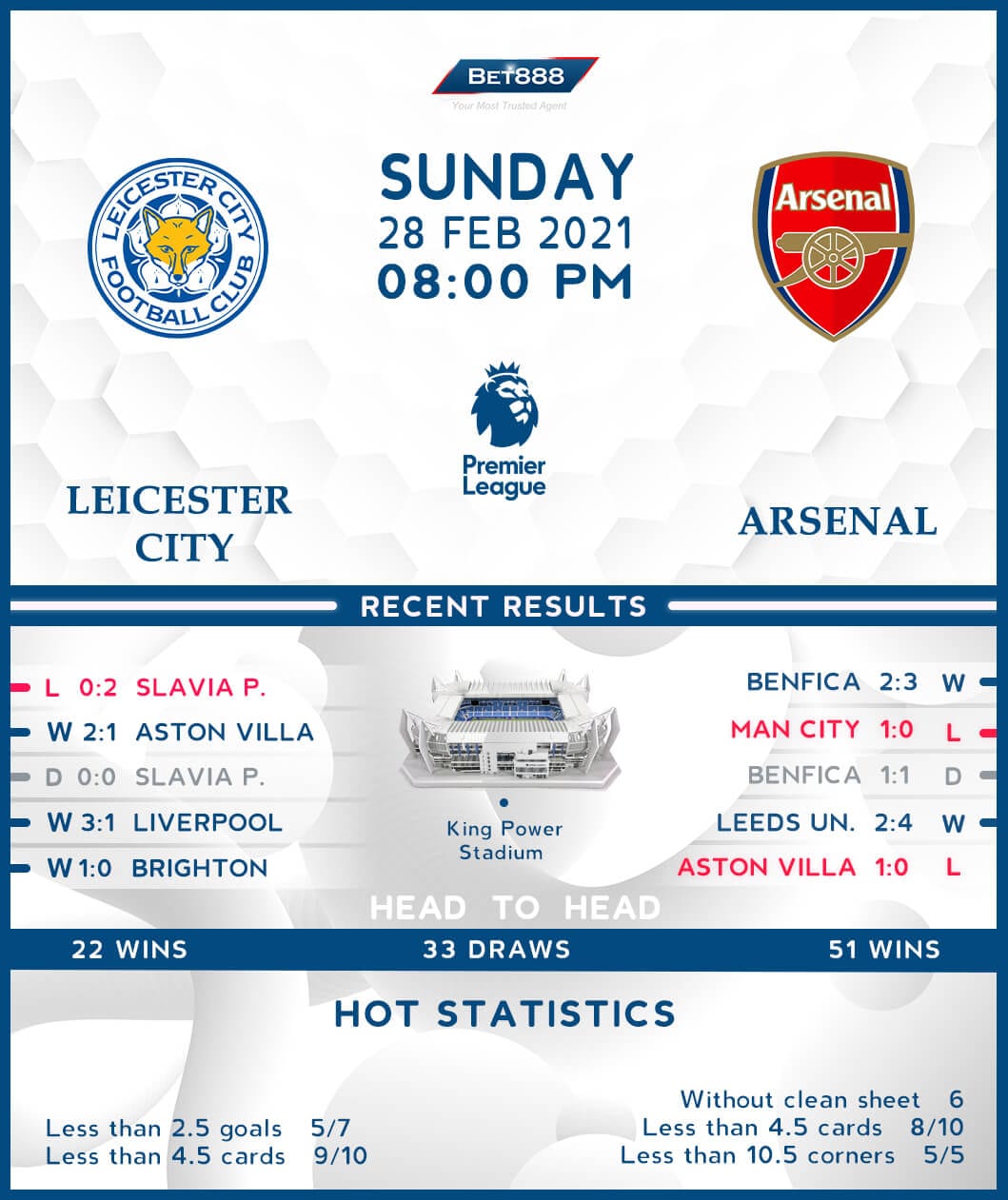