Leicester City’s hopes of securing a fifth successive top-half Premier League finish are up in the air as they welcome fellow bottom-half rivals Brentford to the King Power Stadium.

Despite falling to a 2-1 away loss to Rennes in the return leg of their Europa Conference League last-16 tie in midweek, Leicester have qualified for the competition’s quarter-finals, courtesy of an aggregate 3-2 victory. However, things are not looking pretty for the East Midlands outfit in the Premier League, as they hover in 12th after experiencing mixed fortunes across their last four league outings (W2, L2). Before overcoming Leeds United 1-0 in their most recent Premier League home matches, the ‘Foxes’ had gone three consecutive league games at the King Power without winning (D2, L1). Seeking redemption for a 2-0 defeat away to Arsenal last time out, Brendan Rodgers’ side will turn to their 100% win ratio against promoted clubs this season for inspiration (W3). Yet, history is not on their side here, as they’ve only won one of their ten home league H2Hs (D5, L4).

Meanwhile, Brentford have enjoyed an upturn in form in the build-up to this trip, going from back-to-back Premier League defeats to two consecutive league wins, both of which came by a two-goal margin. Those two victories are as many as they had in their previous 14 top-flight outings combined (W2, D2, L10). After tucking themselves in mid-table comforts, the ‘Bees’ will go after revenge in this one, having lost 2-1 in the reverse fixture at home. But before beating rock-bottom Norwich City 3-1 in their most recent Premier League travel, Thomas Frank’s side had lost five away league games in a row, failing to score three times in that run. Particularly dangerous from the set-pieces, Brentford have registered 50% of their Premier League goals this season from such plays (16/32). 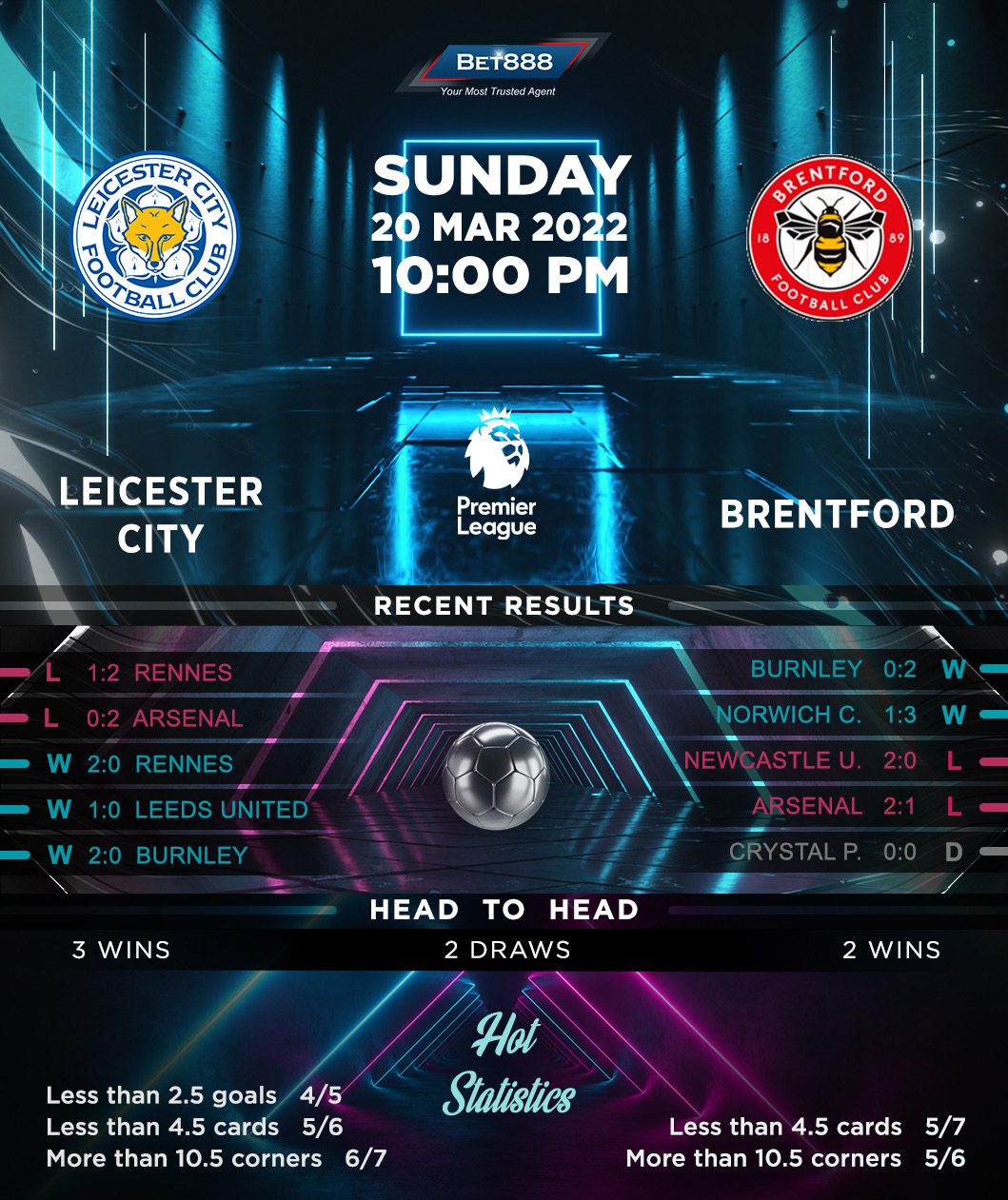