Leicester City and Chelsea go head-to-head at the King Power Stadium in a potentially low-scoring Premier League affair. Three of their last four league H2Hs have featured under 2.5 goals.

It’s been a hell of a start to the new calendar year for Leicester City, who have won their first three competitive matches in 2021, scoring over 1.5 goals in each success. At home, only one of Leicester’s nine Premier League fixtures this season has ended in a draw (W4, L4), with six of the eight games won/lost in this sequence seeing the winner on the day keep a clean sheet. However, the ‘Foxes’ have failed to beat Chelsea in each of their last four top-flight meetings held at this venue (D2, L2), conceding 2+ goals on three of those occasions. Additionally, Brendan Rodgers’ men have shipped the opening goal in two-thirds of their home Premier League matches this term, going on to win just one such contest (D1, L4).

Meanwhile, Chelsea overcame 10-man Fulham 1-0 last time out, bringing a dismal three-game winless Premier League streak to a halt (D1, L2). However, the ‘Blues’ have now scored precisely one goal per game in four of their previous league matches, with three of those strikes arriving beyond the 75th minute. Furthermore, they have netted under 1.5 goals in each of their last four league trips. The abovementioned win at Fulham also means that none of Chelsea’s last six away Premier League fixtures have ended in a draw (W3, L3), four of which have seen the victor complete a shutout. Far more aggressive after half-time, Frank Lampard’s men have registered 78.57% of their total league goals scored on the road in the second half of play (11/14). 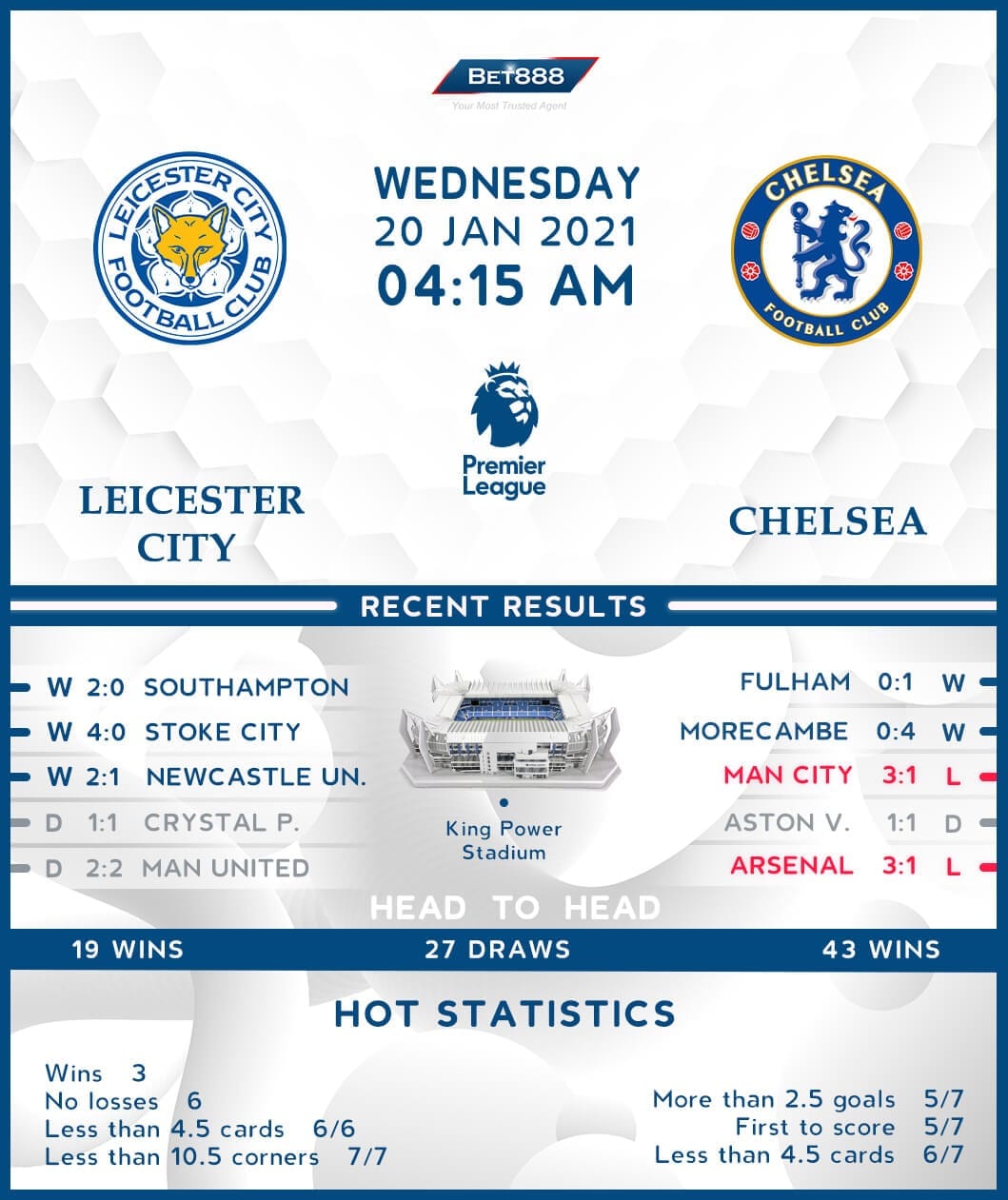