Leicester City will be looking to claim their second consecutive Premier League win over Crystal Palace at the King Power Stadium and further cement their place in the top-four race.

Since a 1-1 away draw with Burnley on Matchday 29, none of Leicester’s subsequent five Premier League matches have ended level (W3, L2), with three of those results (win/loss) seeing the victor prevail by over 1.5 goals ‘to nil.’ Since the calendar flipped to 2021, none of Leicester’s 12 competitive matches at the King Power Stadium have ended in a draw (W8, L4), with the ‘Foxes’ failing to put together three straight triumphs in that spread of games. Coming off the back of back-to-back home victories, Brendan Rodgers’ side can win three home matches in a row for the first time this calendar year. But after avoiding defeat in eight successive Premier League home meetings with London visitors (W6, D2), Leicester have lost three of their four such contests this season (W1).

Meanwhile, Crystal Palace’s topsy-turvy period has seen them post just one win in their last six Premier League outings (D3, L2), frustratingly scoring under 1.5 goals on each occasion in the process. Furthermore, the ‘Eagles’ are winless in their last three top-flight clashes against Leicester (D1, L2), with both defeats in this sequence yielding a full-time margin of 2+ goals and seeing Palace draw a blank. Roy Hodgson’s men have gone winless in 17 Premier League fixtures against the sides starting the day inside the top-six in the standings (D5, L12) since beating West Ham 2-1 in October 2019. Adding to a long list of issues, the visitors have conceded the opening goal within 15 minutes of play in nine league games this season, going on to lose eight of them (W1). 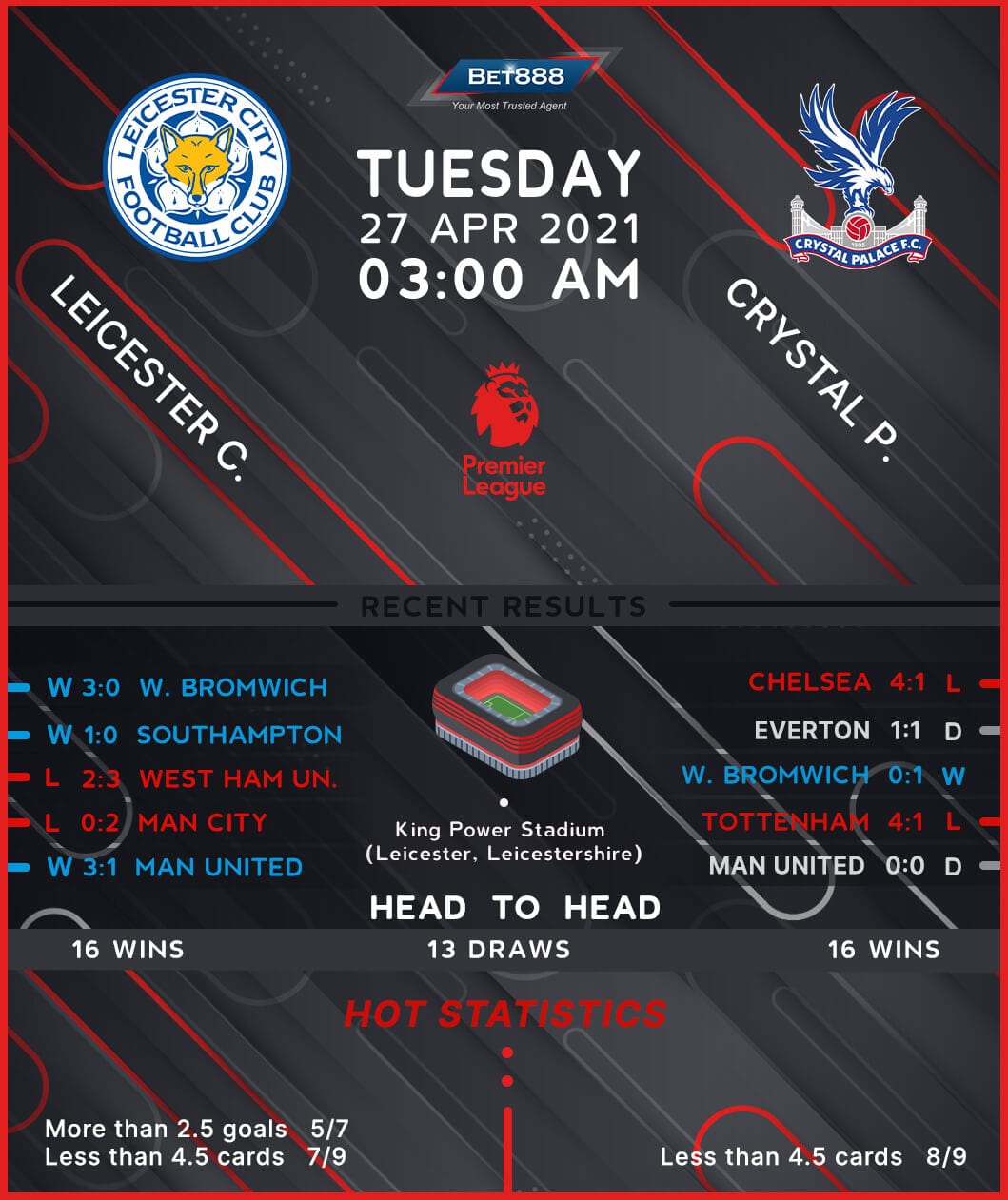