Leicester City will be looking to win consecutive home Premier League encounters with Everton for the first time this millennium when the two teams meet at the King Power Stadium.

After suffering two consecutive Premier League defeats, Leicester have won twice in a row to reduce the gap on table-toppers Tottenham Hotspur to a single point. Notably, the ‘Foxes’ head into this clash as one of two sides yet to draw a league match this season (W8, L4). In turn, none of their last ten Premier League games against Everton has ended in a stalemate (W5, L5). It may come as some surprise, but three of Leicester’s four league losses this season have come at home, with each seeing the home side concede the first goal. But, if Brendan Rodgers’ men win here, they could well do it with some dignity, as evidenced by the fact that half (4) of their eight Premier League victories have come by a three-goal margin.

Meanwhile, the visitors did manage to overcome Chelsea 1-0 at home at the weekend to bring a two-game winless Premier League streak to a halt (D1, L1). Indeed, the abovementioned success against Chelsea has marked their second clean sheet of the season following a 1-0 win over Tottenham on Matchday 1. Against Leicester, though, they have preserved a blank sheet only once in their last 15 top-flight meetings. Also, away from home, the ‘Toffees’ have netted under 1.5 goals in three of their four previous Premier League fixtures to win just one of them (D1, L2). Delivering action from the get-go, Carlo Ancelotti’s men have registered a clear majority (75%) of their away league goals scored so far in the first half of play (6/8). 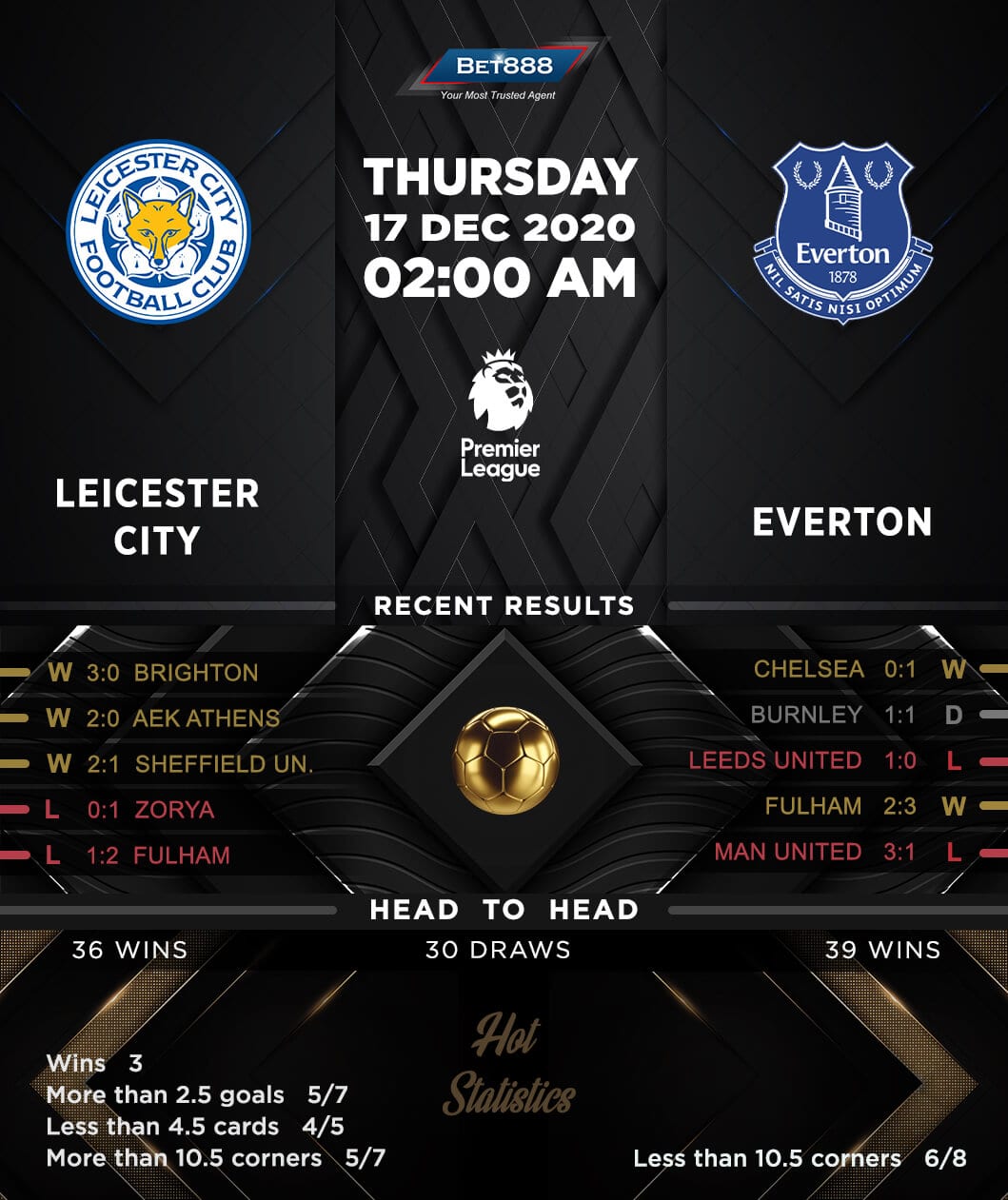