A run of seven consecutive Premier League matches without a loss (W4, D3) has seen the hosts climb within two points of top-placed Manchester City. Back-to-back Premier League home wins via a 2-0 scoreline is handy coming into this encounter, though the ‘Foxes’ will likely be disappointed by their home results this season (W5, D1, L4). Though none of Leicester’s ten Premier League fixtures this term have ended goalless, Brendan Rodgers’ men have conceded the opening goal in six, ending up winning just one such contest (D1, L4). Interestingly, 60% of Leicester’s home league matches this season have featured over 1.5 first-half goals, highlighting the potential for plenty of early action. Encouragingly for the home side, they’ve won both of their previous competitive meetings with Leeds by at least a two-goal margin despite conceding in each.

Meanwhile, a 2-1 away victory at Newcastle United saw Leeds kick-start the new calendar year after losing their first three competitive matches in 2021 without scoring. The ‘Whites’ have not drawn any of their last ten Premier League fixtures (W5, D5), seven of which saw the winner on the day get on the scoresheet first. Additionally, none of Leeds’ ten away top-flight games this season have ended level (W5, L5), with seven of the matches won/lost in that time witnessing the victor score 3+ goals. Notably, only two sides have scored more away league goals away from home than Leeds (19) this season, with Marcelo Bielsa’s men also one of three teams to reach double digits in terms of the first-half goals scored on the road (10). 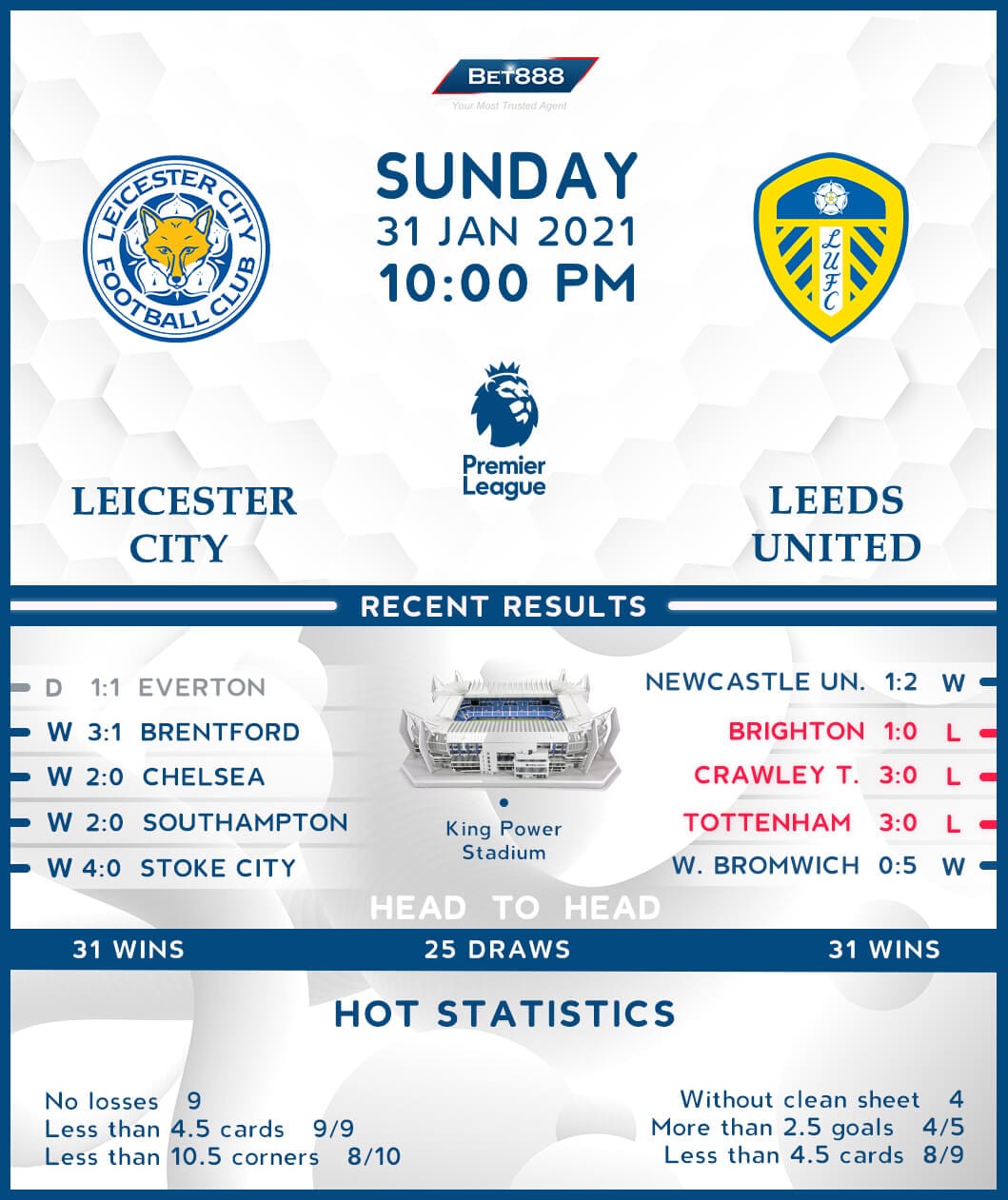