Leicester City and Liverpool are set to face off at the King Power Stadium in a mouth-watering Premier League fixture.

Leicester have won only one of their last four Premier League matches (D2, L1), with three of them featuring under 2.5 total goals, a sequence that sees them lose ground on table-toppers Manchester City. King Power Stadium has not been a fortress the ‘Foxes’ supporters have been hoping for this season, with Brendan Rodgers’ men winning just 45.45% of their top-flight fixtures on home soil (GP:11 – W5, D1, L5). Indeed, it’s been a rollercoaster experience for Leicester at home lately, as they’ve either won or lost four of their last five Premier League home outings by at least a two-goal margin (W2, D1, L2). It will be a daunting prospect for the hosts to build some momentum here, as they take on a side they’ve lost to in all three of their last top-flight H2Hs at home by an aggregate score of 9-3.

On the other hand, Liverpool have gone from two Premier League wins in a row to back-to-back league defeats, including a 4-1 home thumping at the hands of Manchester City last time out. However, the ‘Reds’ have won both of their previous league trips by the identical 3-1 scoreline and will now be looking to win three in a row for the first time since February 2020. Liverpool’s hopes of winning will largely depend on whether they can avoid conceding the opening goal – Jurgen Klopp’s men have failed to pull out a comeback in any of their three Premier League trips in which they shipped the first goal this season (D1, L2). It may come as some surprise, given they’ve registered a clear majority (68.18%) of their total league goals scored on the road in the second half of play (15/22). 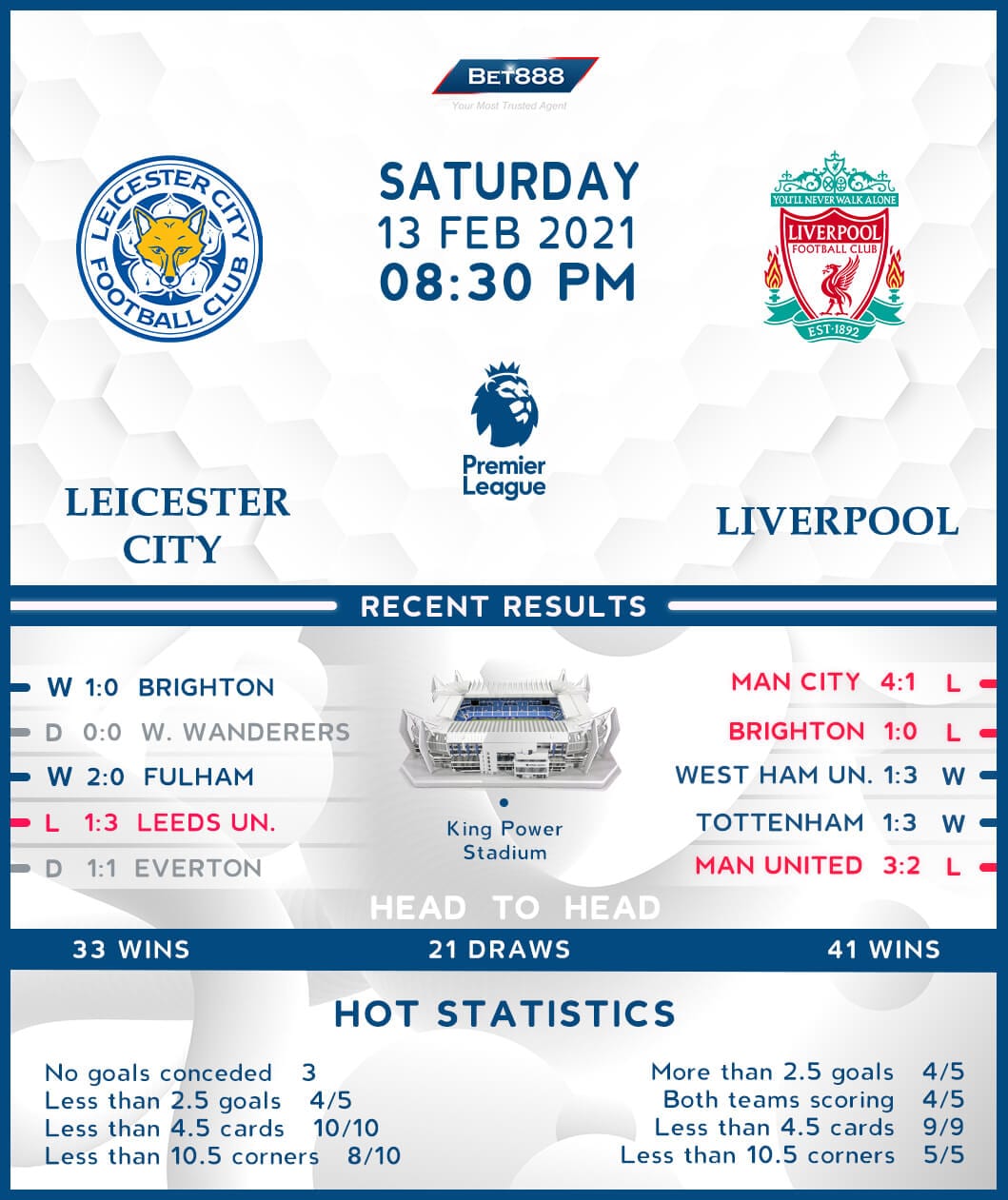