Manchester City head to the King Power Stadium to take on Leicester City in an exciting Premier League match-up, looking to even the score after going down 5-2 in the reverse fixture earlier this season.

Leicester enjoyed an upturn in form before the international break curtailed their momentum, going from two consecutive Premier League games without winning (D1, L1) to back-to-back victories. Interestingly, none of Leicester’s last six league matches at the King Power Stadium have ended level (W4, L2), with each fixture won/lost in that sequence yielding a full-time margin of 2+ goals. A high-scoring theme has highlighted their recent home league games as each of the previous four has featured over 2.5 FT goals, with three of them seeing 2+ second-half strikes. Against this backdrop, four of the last six top-flight meetings between these sides at this venue have contained under 2.5 total goals. It will be a daunting prospect for the ‘Foxes’ to land all three points here, given that they have ended up on the losing side in 13 of their last 15 Premier League showdowns against the league leaders (D2).

Meanwhile, the runaway Premier League leaders have responded to a 2-0 home defeat to Manchester United back on Matchday 27 with four consecutive victories in all competitions. Curiously, each win in that four-match sequence saw Manchester City score twice in a succession of ten minutes and prevail by a margin of 2+ goals. Coming into this round, the ‘Citizens’ have won 14 consecutive away games in all competitions, keeping a clean sheet on eight occasions in the process. Notably, Pep Guardiola’s men have conceded a league-low eight away goals this season, conceding over 1.5 goals per Premier League trip only once in 14 road fixtures, courtesy of a 2-0 loss at Tottenham Hotspur in November. Additionally, quick-start City have opened the scoring in a league-highest 78.57% of their away Premier League outings this season (11/14), going on to win ten such engagements (D1). 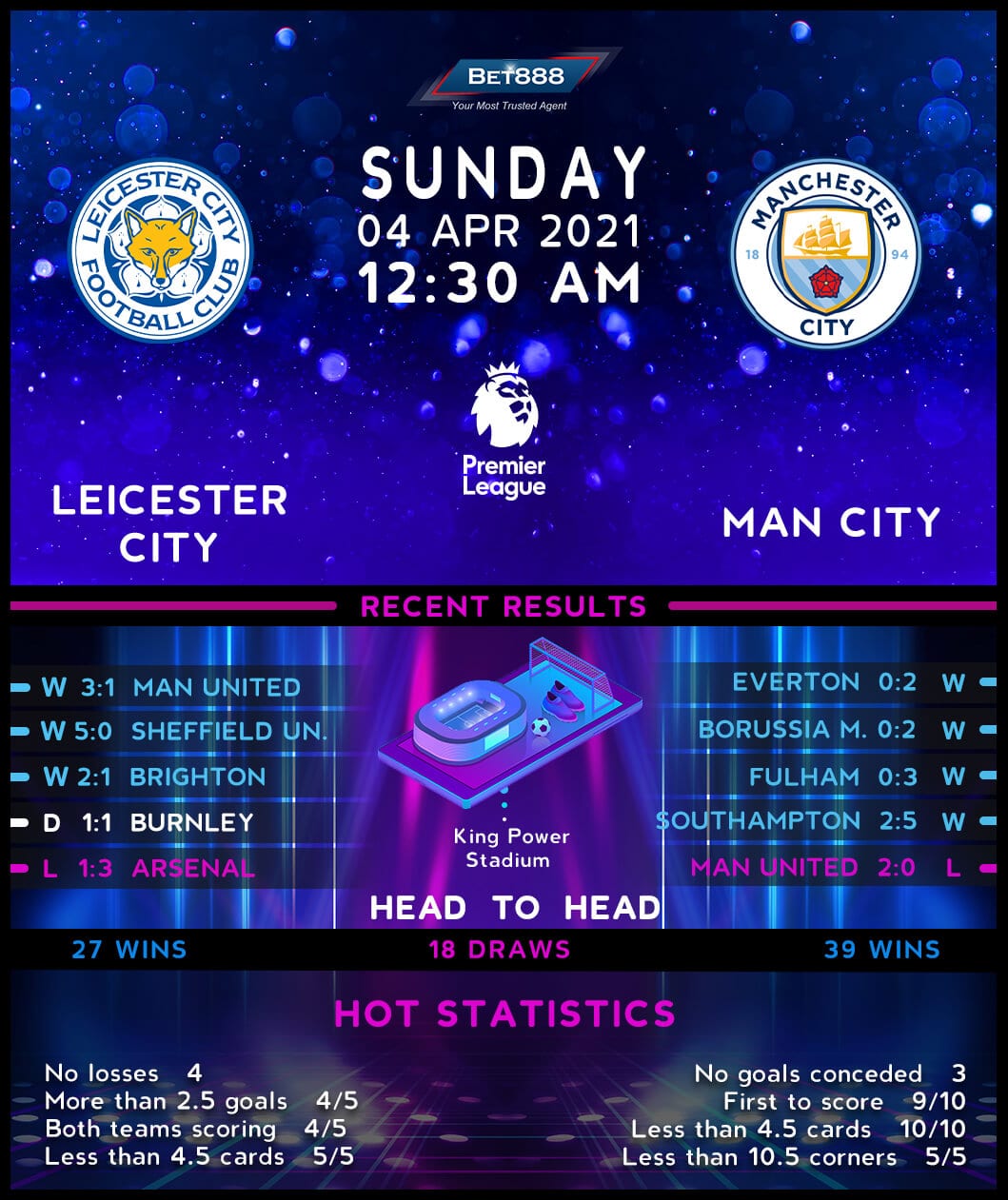