Leicester City and Manchester United go head-to-head at the King Power Stadium as the two sides battle it out for the second place in the Premier League table.

Leicester stunned Tottenham Hotspur 2-0 on the road last time out to remain the only team yet to draw a Premier League match this season (W9, L5). However, four of their five top-flight defeats have come on home soil, which means the ‘Foxes’ have already suffered the same number of Premier League home losses as they did in the entire 2019-20 (4). The ‘clean-sheet’ theme has been quite significant in the context of Leicester’s wins/losses this term, as nine (64.29%) of their 14 such Premier League contests have seen the victor shut out the loser. Remarkably, Brendan Rodgers’ men have won all seven league fixtures in which they opened the scoring. On the other hand, they have lost five of seven in which they conceded the first goal (W2).

Meanwhile, Manchester United grabbed two late goals to overcome Everton 2-0 in the Carabao Cup midweek, as they head into this encounter after racking up a three-game winning streak in all competitions. In the Premier League alone, the ‘Red Devils’ are unbeaten in seven matches (W6, D1) since losing 1-0 to Arsenal at the beginning of November. Notably, Ole Gunnar Solskjaer’s men have won all of their six away league games despite conceding the opening goal on each occasion! United must be confident of maintaining their impressive away form as they take on a side they’ve lost to just once in their last 22 top-flight meetings (W17, D4) and are undefeated in their 11 previous such fixtures (W8, D3). What’s more, Manchester United have found the net in 22 consecutive Premier League matches against Leicester! 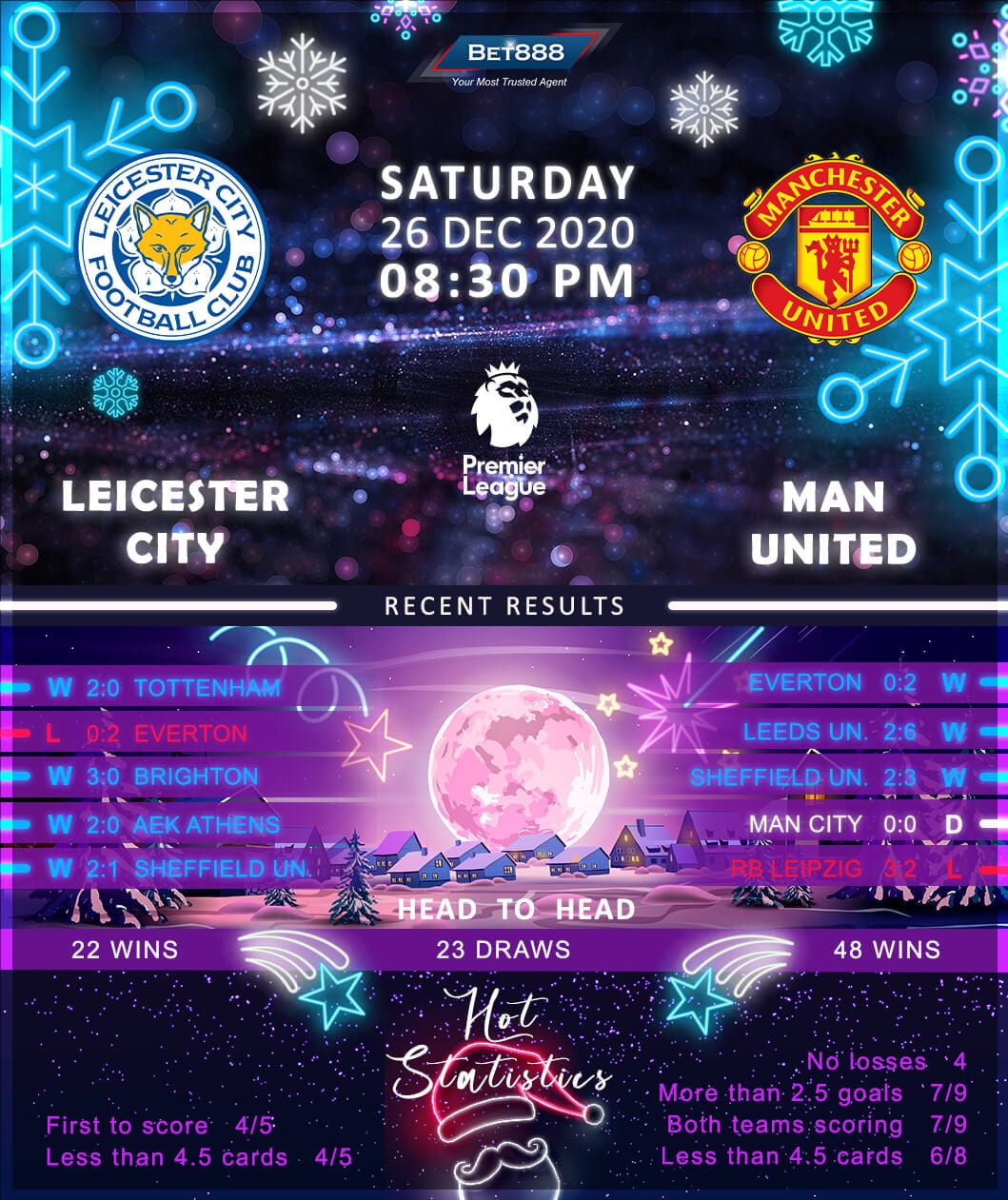