King Power Stadium is the venue as mid-table Leicester City look to bounce back from an abysmal run of form against relegated Norwich City.

Another sub-par showing saw Leicester follow up an underwhelming Europa Conference League exit at the hands of Roma with a 2-1 home defeat to relegation-battling Everton last weekend. After taking their winless Premier League streak to five matches (D2, L3), Brendan Rodgers’ side will feel obliged to give the King Power faithful something to shout about. Norwich’s midweek visit to the East Midlands bodes well for Leicester’s hopes to get back to winning ways, as the ‘Foxes’ are unbeaten in all three previous Premier League H2Hs on home turf (W2, D1). However, another potential collapse would see Leicester lose three consecutive Premier League fixtures for the first time since February 2019, which culminated with Claude Puel’s sacking. Regardless of the outcome, the King Power crowd could witness another enjoyable contest, especially considering Leicester’s league-high 23 games this season have seen both teams on the scoresheet.

On the other hand, Norwich have lived up to their reputation as archetypal ‘yo-yo’ club by confirming another relegation from the Premier League with few games to spare. An embarrassing 4-0 thumping to West Ham United last time out has extended Norwich’s losing Premier League streak to four matches, three of which saw them concede 3+ goals. It goes from bad to worse for the ‘Canaries,’ who are winless in their last 15 Premier League games on the road (D3, L12). Indeed, Norwich’s two top-flight victories outside Carrow Road this season have come at the expense of fellow promoted rivals Brentford and Watford. Following a 2-1 defeat in the reverse fixture, Norwich could lose both seasonal meetings with Leicester for only the second time in their last seven campaigns together. 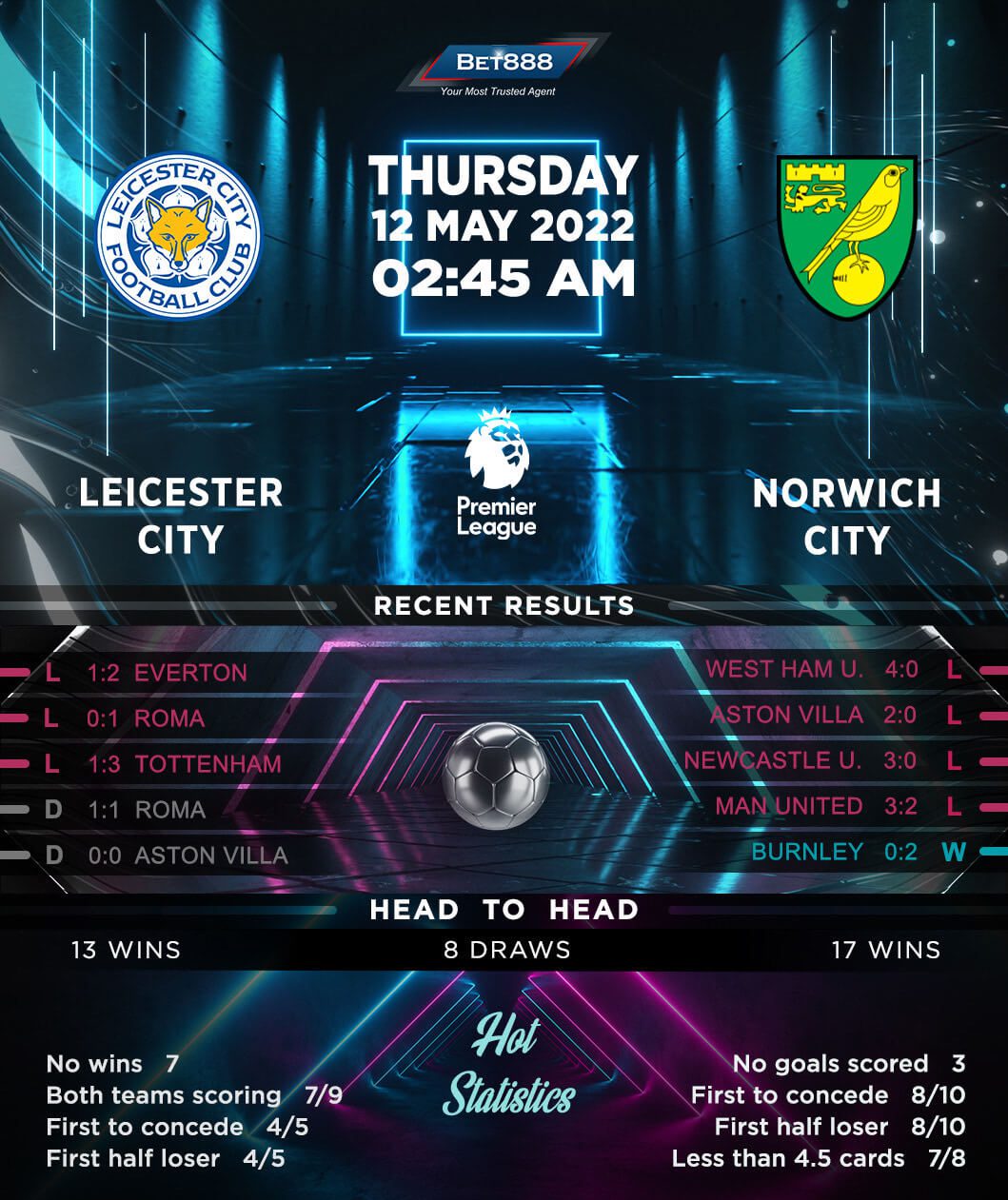