Injury-hit Leicester secured a tight 2-1 away win at Brighton last time out, putting an end to their two-game winless run in the Premier League (D1, L1). At home, none of their previous five Premier League fixtures have ended in a draw (W3, L2), with each game won/lost in this sequence yielding a full-time margin of two goals. Interestingly, each of Leicester’s last three home league matches has seen the winner on the day come from behind to claim all three points by the identical 3-1 scoreline. The ‘Foxes’ head into this encounter as overwhelming favorites to pick up the victory, having won each of their three top-flight H2Hs, two of which came by the same 2-1 scoreline. However, Brendan Rodgers’ men have returned only 35.85% of their total Premier League points at home this season (19/53).

Meanwhile, a 2-0 home defeat to Southampton last time out means Sheffield United have not drawn any of their previous 14 Premier League fixtures (W4, L10). A clear majority of their results (win/loss) in the abovementioned run of matches saw the victor keep a clean sheet (10/14). Chris Wilder’s men have scored the league-lowest 16 goals this season, which is the fourth-worst record at this stage of the campaign in the top-flight history. Indeed, no team has netted fewer first-half goals at home this Premier League season than Sheffield (3), with the ‘Blades’ conceding the opener in a league-high 80% of their home league matches thus far (12/15). It will be a daunting prospect for the hosts to seal the points here, as they meet a side they’ve failed to win against in their last seven league meetings (D2, L5). 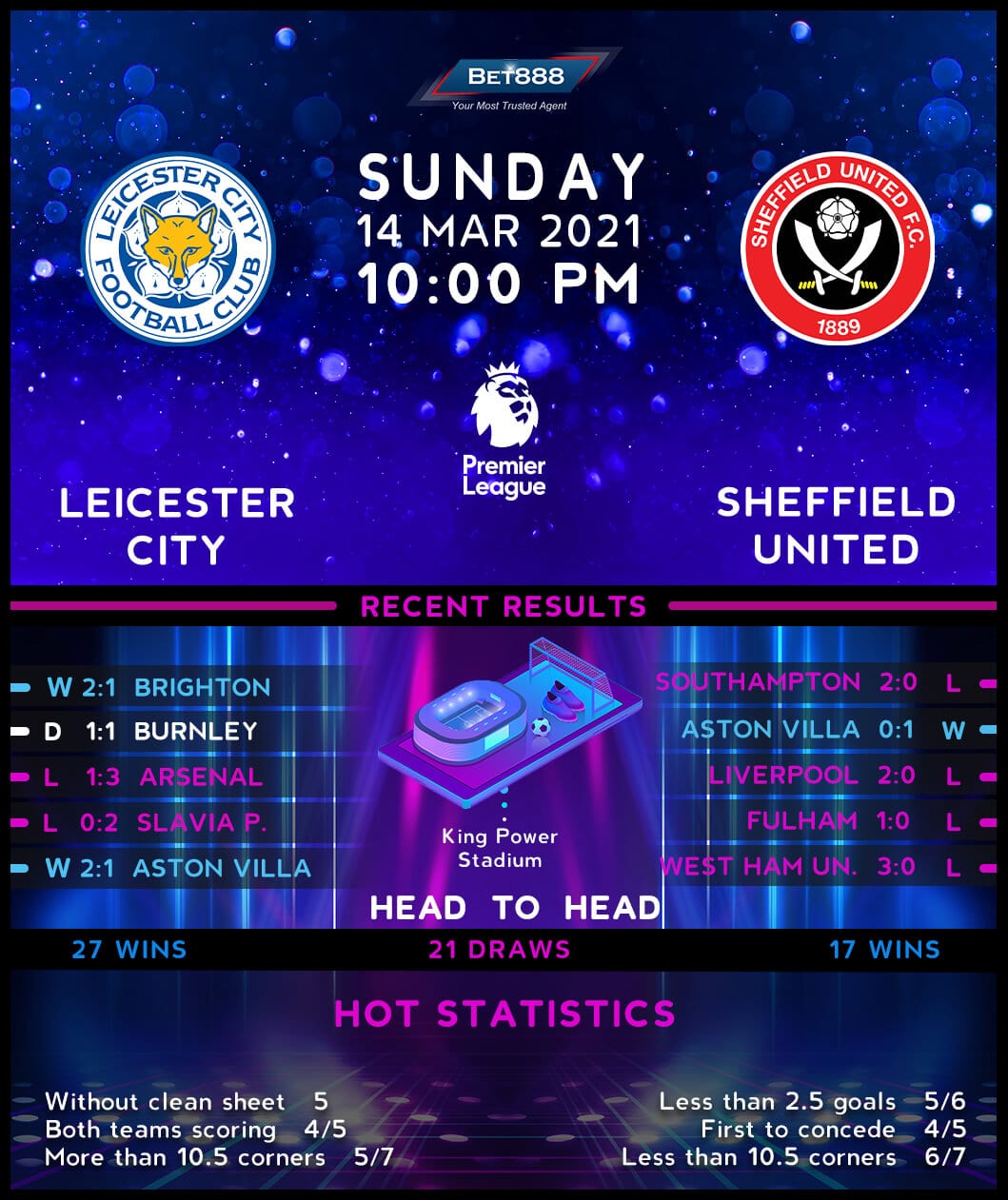