The UEFA Europa League last-32 tie between Leicester City and Slavia Praha goes down to the wire, as the two sides lock horns in a crunch meeting at the King Power Stadium. A first-leg draw in the Czech Republic leaves both sides with everything to play for in the return leg.

Leicester secured a springtime in European competition in only their fifth UEFA campaign in remarkable fashion, claiming a spot in the knock-out stages with two games to spare. Except for a narrow 1-0 loss away at Zorya on Matchday 5, the ‘Foxes’ scored over 1.5 goals per game in each of their remaining five group-stage fixtures. Notably, Brendan Rodgers’ men have won all three Europa League home matches this season by over 1.5 goals ‘to nil.’ By extension, Leicester have not lost any of their nine European fixtures on home soil (W7, D2) since succumbing to a 2-0 reverse to Atletico Madrid in the 1997/98 UEFA Cup. It was also the only time they had failed to find the net in a European home match, notably getting on the scoresheet in all of the other 11 such contests.

On the other hand, Slavia finished runners-up to Bayer Leverkusen in Group C after winning four group-stage fixtures on the trot from Matchday 2 to Matchday 5 (L2). Interestingly, all of their three Europa League trips this term have featured over 3.5 FT goals (W1, L2), with two of those results (win/loss) yielding the identical 3-1 scoreline. Away from home, Slavia have only picked up two victories in their last ten European matches (D3, L5), worryingly losing 46.67% of their overall Europa League trips (GP:15 – W4, D4, L7). Adding to a long list of problems, the ‘Červenobílí’ have failed to overcome English opponents in all four two-legged knock-out ties, losing eight of their last 12 European clashes against such opposition (W1, D3). 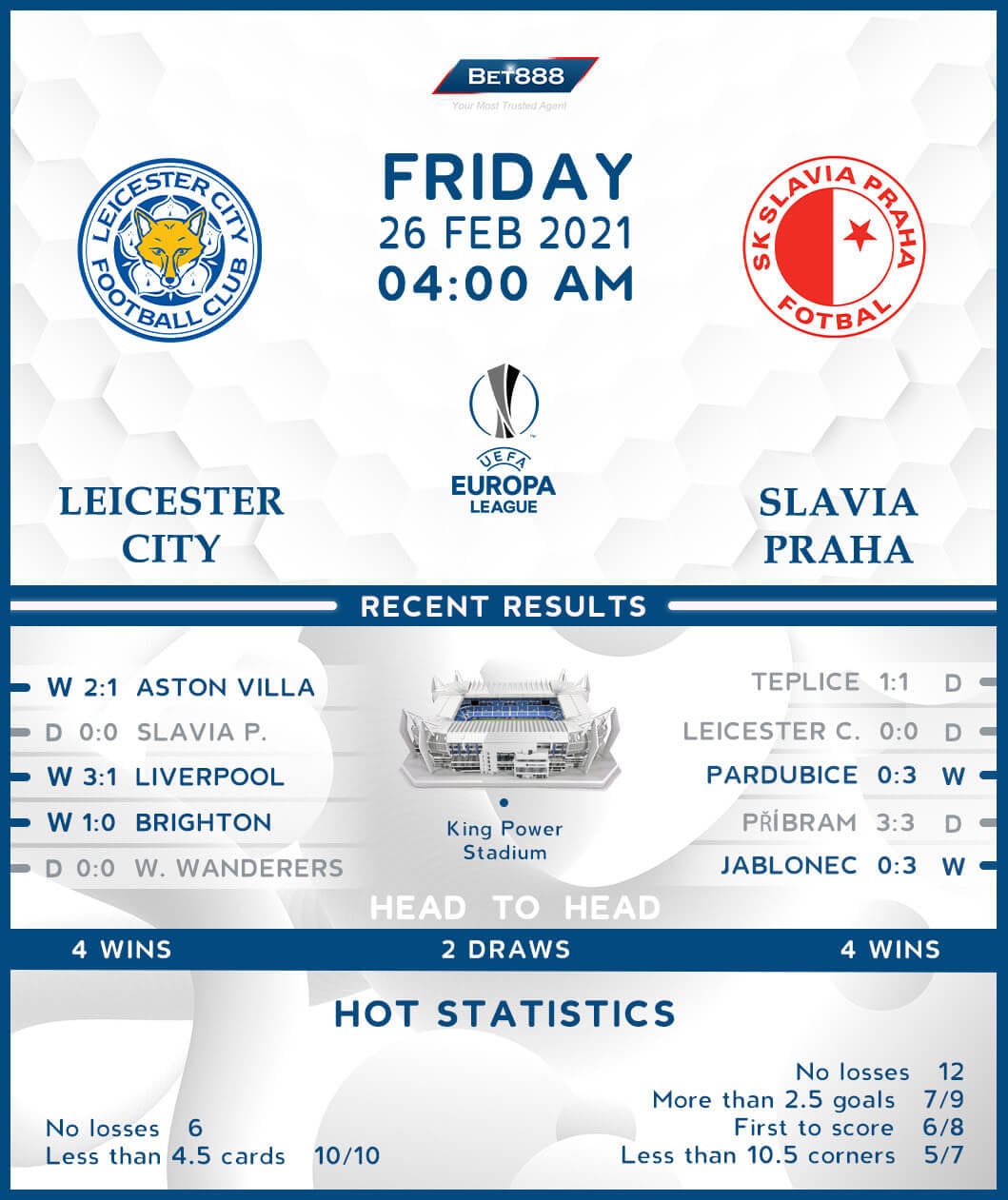