Southampton (7th) travel to the King Power Stadium to face Leicester City (4th), looking to take all three points and their hosts’ place in the Premier League table.

Leicester dispatched Stoke City 4-0 in the FA Cup Round 3 last weekend, extending their unbeaten run in all competitions to five matches (W3, D2). But, except for a 3-0 victory over Brighton a month ago, the ‘Foxes’ have failed to win three of their four previous home Premier League fixtures (D1, L2), conceding over 1.5 goals in each of them. If that’s not enough of a reason for concern, Brendan Rodger’s men have not won any of their last four top-flight meetings with Southampton here (D2, L2), with both defeats coming by the identical 2-1 scoreline. However, one bright spot has been Leicester’s ability to grind out a win following a first-half stalemate – they have won six of the nine Premier League games this season that were level at half-time (D2, L1).

On the other hand, low scoring has been a theme for Southampton of late, as each of their last four Premier League fixtures has featured under 1.5 total goals (W1, D2, L1). Away from home, the ‘Saints’ have gone undefeated in seven league matches (W3, D4) since losing 1-0 to Crystal Palace in their first Premier League trip of the season. Strong first-half performers, Ralph Hasenhüttl’s men have found themselves trailing at half-time just once across their last seven away league games (HT: W3, D3, L1). Curiously, five of their six previous top-flight trips have seen both teams score. However, Southampton may want to add a bit more urgency early on, knowing they have failed to score inside the opening 15 minutes in seven of their eight Premier League trips this season. 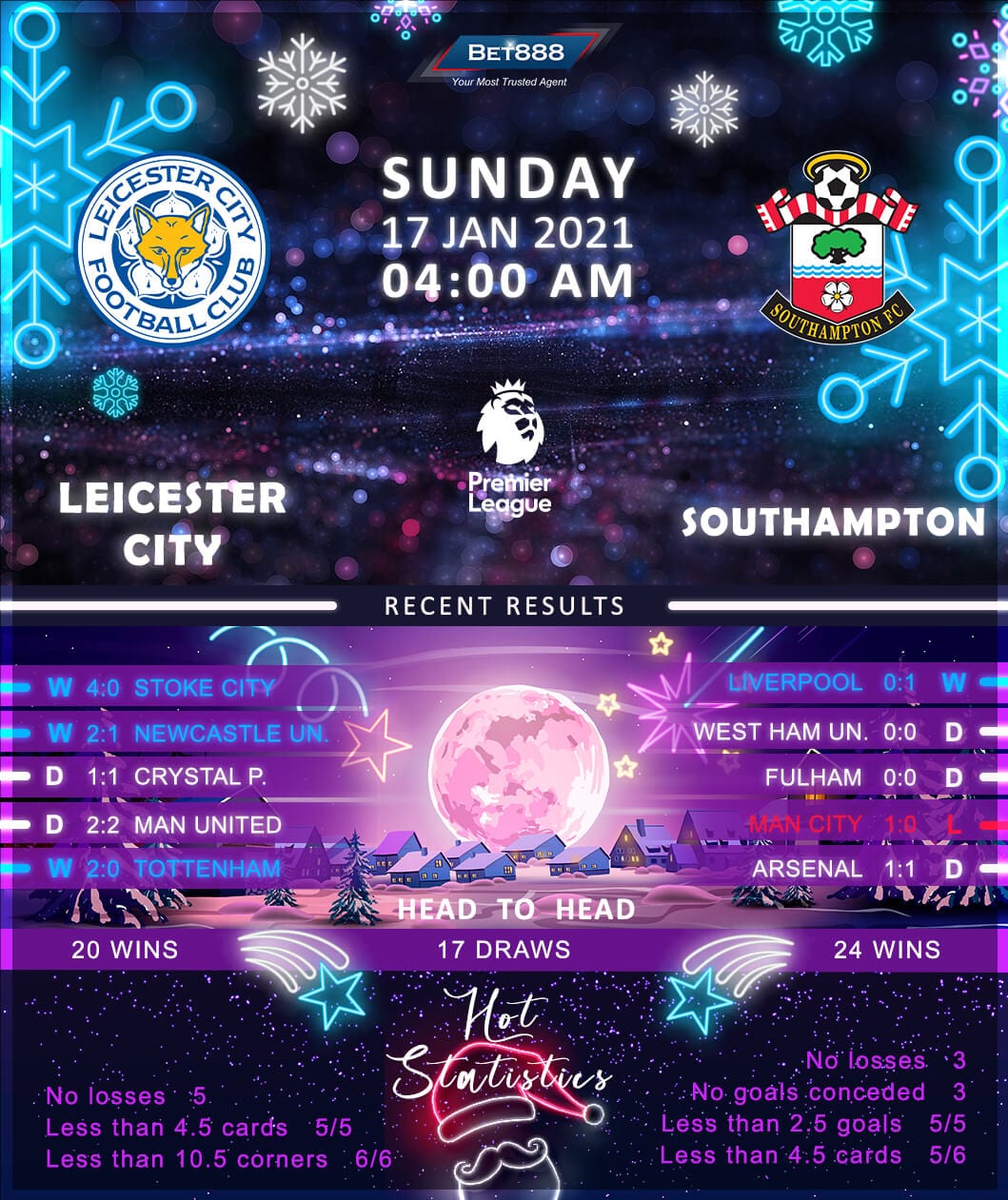