Leicester City’s hopes of securing a top-four finish in the Premier League are on the line as Tottenham Hotspur arrive at the King Power Stadium in the season finale.

A return of one win from their last four Premier League matches (D1, L2) has seen Leicester slip to fifth in the standings. They take the field level on points with fourth-placed Liverpool but need to better the Merseysiders’ result on the final matchday to qualify for next season’s Champions League group stage. Interestingly, the ‘Foxes’ have drawn a league joint-low one home Premier League game this season (W9, L8), courtesy of a 2-2 stalemate with Manchester United in late December. Following a 2-0 victory in the reverse fixture earlier in the season, Leicester could complete a league double over Tottenham for the first time since 1998/99. However, Brendan Rodgers’ men have failed to win their final league game of the season in each of the last five campaigns (D3, L2).

Meanwhile, Tottenham squandered an early lead against Aston Villa to succumb to a 2-1 home defeat, which means none of Ryan Mason’s five Premier League matches in interim charge have ended level (W3, L2). Away from home, the ‘Spurs’ have gone winless in three consecutive league matches (D2, L1) since beating Aston Villa 2-0 in March, conceding 2+ goals on each occasion. The ‘clean-sheet’ theme has been of the essence for Tottenham this season, with 64.71% of their Premier League victories seeing them win ‘to nil’ (11/17). The London giants tend to finish off their seasons on a strong note, having secured a victory in the final match of the campaign in seven of the last ten seasons (D2, L1). Additionally, Tottenham have drawn a blank just once in their 14 Premier League away meetings with Leicester, getting on the scoresheet in each of their last 11 top-flight visits to the King Power Stadium. 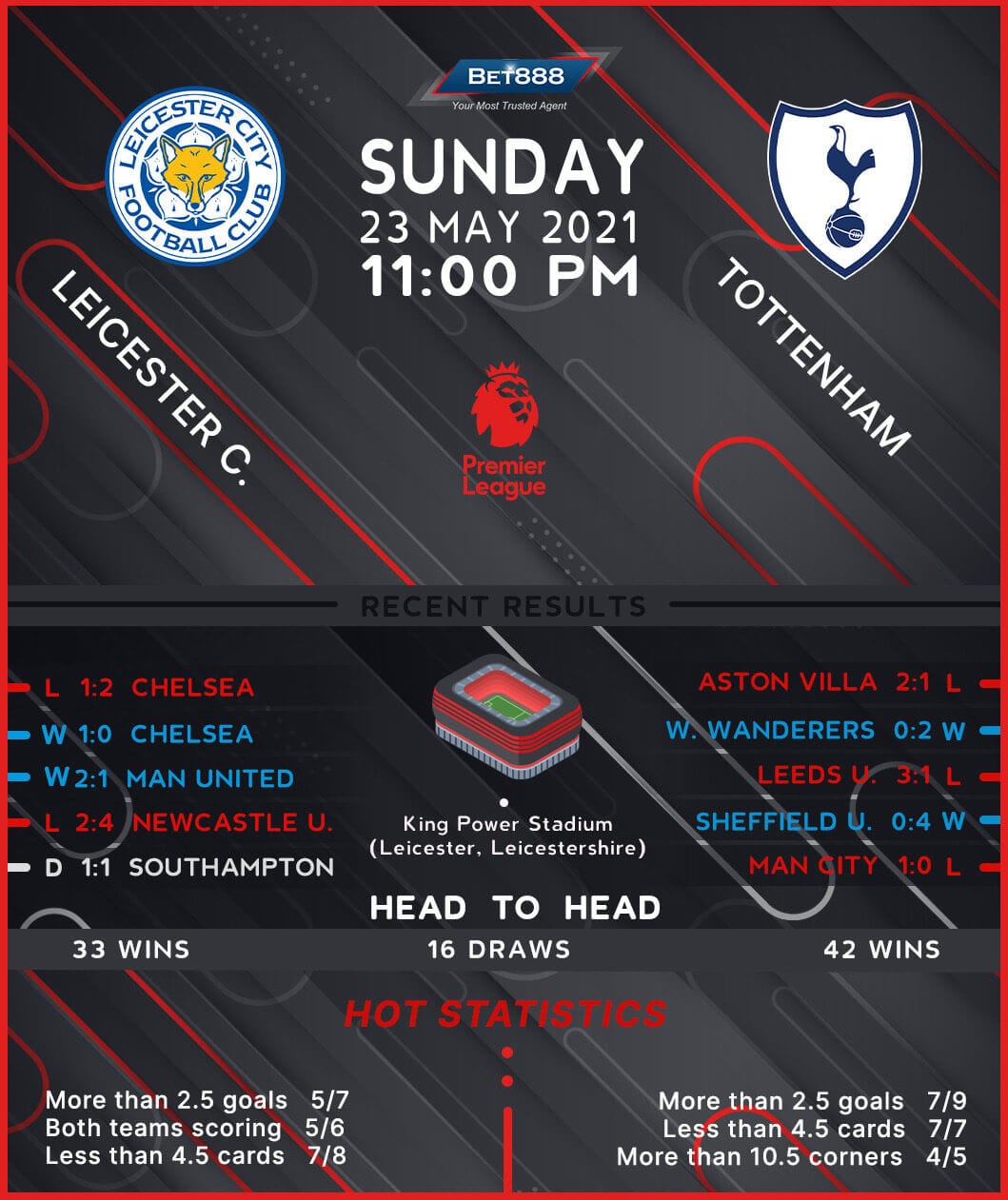