Leicester City and West Bromwich Albion go head-to-head at the King Power Stadium as the hosts seek their first Premier League double over this opposition.

Despite beating Southampton 1-0 in their FA Cup semi-final tie back in the weekend, Leicester come into proceedings having lost back-to-back Premier League fixtures. The ‘Foxes’ have been ponderous in the first half recently, failing to score before half-time in three of their last four league matches – with eight of their nine strikes in that sequence coming in the second 45 minutes of play. Leicester’s home Premier League record this season is perfectly balanced (W7, D1, L7), with the solitary draw arriving against Manchester United in December 2020 (2-2). Interestingly, each of their seven home league matches since that stalemate with United has yielded a winning/losing margin of at least two goals (W4, L3). Brendan Rodgers’ men will now look to post their first-ever Premier League win over WBA at home (D2, L2).

Meanwhile, the visitors have gone from drawing a blank in three consecutive Premier League games (D1, L2) to winning back-to-back league fixtures by a three-goal margin. They will now try to claim three successive top-flight triumphs for the first time since November 2012. It might be too little, too late for West Brom as they currently trail 17th-placed Burnley by nine points, albeit they do have a game in hand on the ‘Clarets.’ Frustratingly slow-starters, Sam Allardyce’s men have conceded the opener in the second joint-high 20 Premier League games this season, ending up on the losing side in 75% of those contests (W1, D4, L15). Before a jaw-dropping 5-2 win at Chelsea in their most recent Premier League trip, the ‘Baggies’ had gone winless in their previous five away league fixtures (D1, L4), failing to score on three occasions in that sequence. 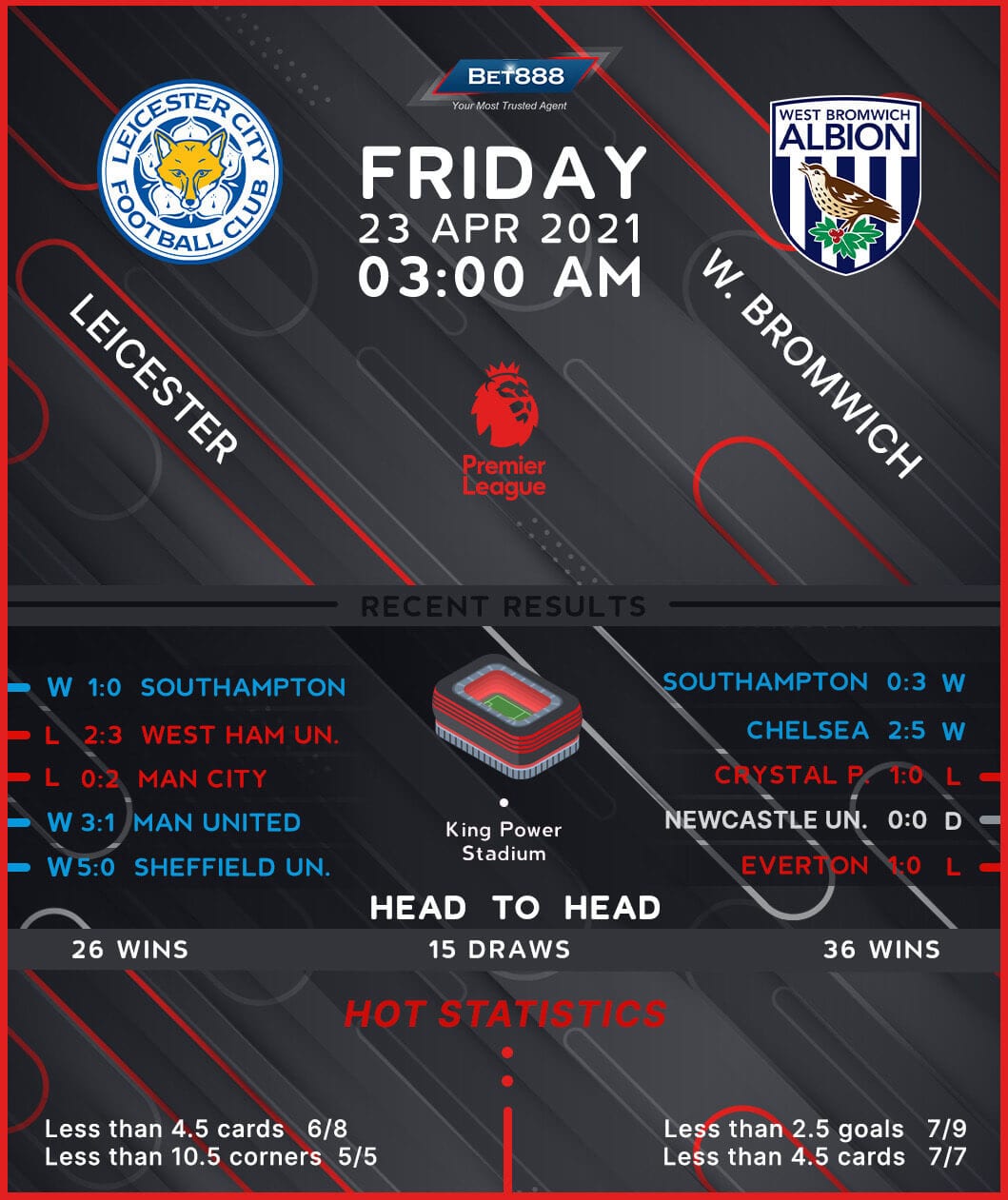