Monaco head to the Stade Bollaert-Delelis to take on sixth-placed Lens in the ultimate round of the 2020/21 Ligue 1 season.

After going unbeaten in 13 Ligue 1 matches on the trot (W6, D7), Lens have now suffered three consecutive league defeats, with the last two yielding the identical 3-0 scoreline. Before a 3-0 loss to Lille in their most recent home Ligue 1 outing, each of their previous five home games in the competition had seen both teams scoring, with four of them featuring 3+ FT goals. Since running out 3-0 victors in the 2009/10 Ligue 1 campaign, ‘Sang et Or’ have gone winless in their subsequent four home league meetings with Monaco (D2, L2), conceding 2+ goals on each occasion at an average of 2.75 per match. Furthermore, Franck Haise’s men have failed to keep a clean sheet in any of their last 13 Ligue 1 fixtures.

Meanwhile, Monaco have an outside chance of winning the league title, though they need results to go their way. Ahead of the kick-off, ‘Les Monégasques’ have won seven of their last eight Ligue 1 matches (L1), netting an average of 2.57 goals across those victories. Niko Kovac’s men have been equally impressive at the other end of the pitch, having kept a blank sheet in four away league games in a row. If they manage to shut Lens out, Monaco will equal the club record for five consecutive away clean sheets in the top flight. But the visitors have ended up on the losing side in all five Ligue 1 fixtures on the road in which they conceded first this season. Curiously, none of Monaco’s 18 Ligue 1 games in which they were in front at half-time this season have ended level (W16, L2). 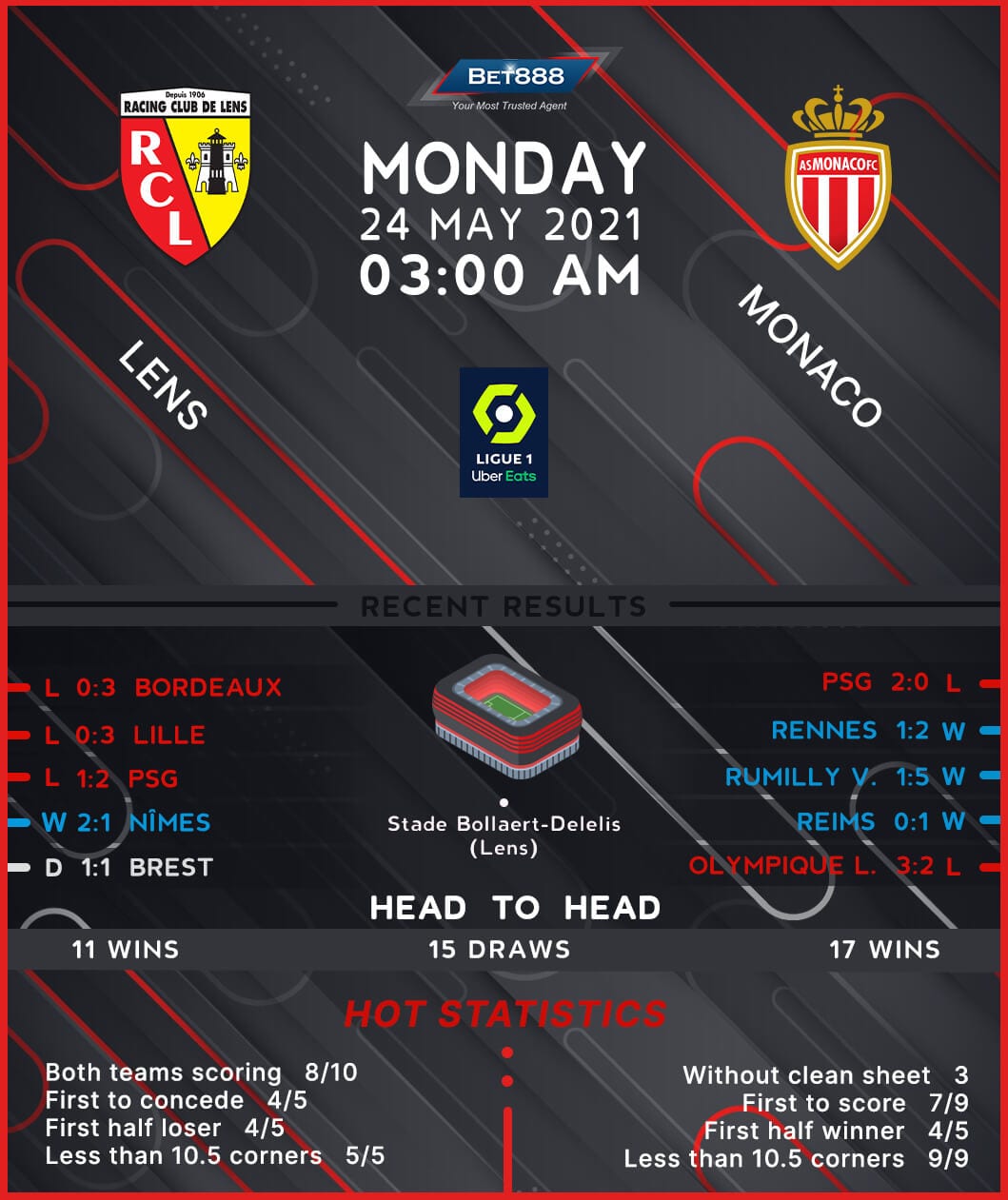