Olympique Lyonnais travel to the Stade Bollaert-Delelis to take on Lens in a must-win Ligue 1 fixture for the traveling side.

Lens have gone unbeaten in nine Ligue 1 matches on the trot (W4, D5) since losing 1-0 to Nice on Matchday 21, last enjoying a similar stride in 2006. They have also been quite an exciting team to watch lately, as their previous five league games have all witnessed over 2.5 goals and both teams on the scoresheet, with the last three featuring precisely two goals within 30 minutes of play. Having that said, ‘Sang et Or’ remain the only side yet to concede inside the opening 15 minutes at home this Ligue 1 campaign. However, falling behind could spell trouble for Lens’ hopes of avoiding defeat, as they’ve lost 80% of the home Ligue 1 games in which they conceded first this season (GP5 – D1, L4).

Meanwhile, Lyon endured mixed fortunes in their last six league matches heading into the international break (W2, D2, L2) but are still only three points behind top-placed PSG. ‘Les Gones’ feel comfortable away from home, where they have now lost any of their previous 13 Ligue 1 fixtures (W8, D5), last enjoying such a long unbeaten league run on the road in 2006. Furthermore, since being held to a goalless draw to Bordeaux in their first Ligue 1 trip of the season, the visitors have found the net in each of their subsequent 14 away top-flight matches, albeit they’ve netted over 1.5 goals per game just six times in that stretch. Notably, Rudi Garcia’s men are undefeated in their last eight clashes against newly-promoted teams in the top-flight (W5, D3) and have won their previous three Ligue 1 trips to Lens. 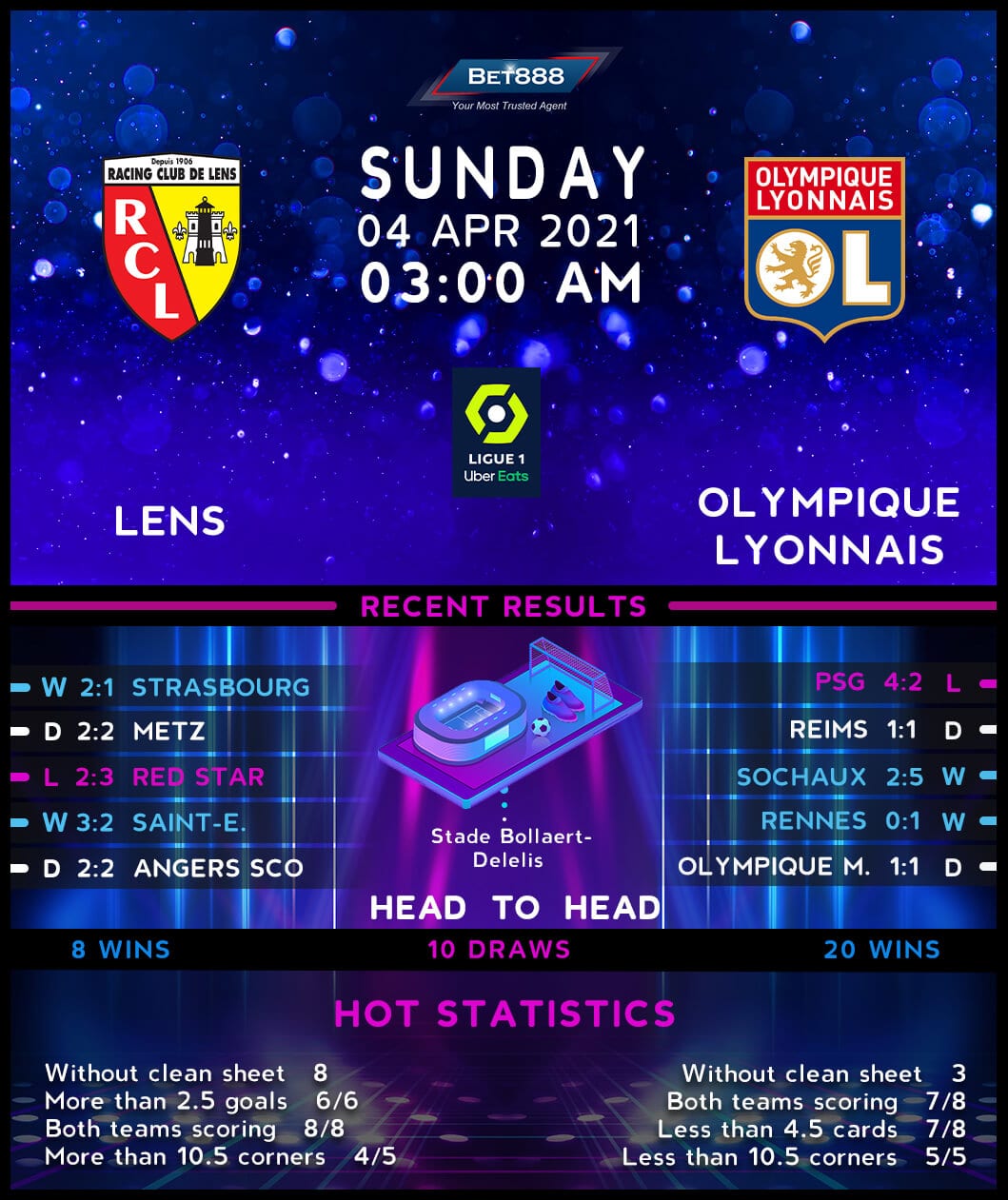