Olympique Marseille (9th) travel to the Stade Bollaert-Delelis, looking to take all three points and Lens’ place (7th) in the Ligue 1 table.

A 2-1 away victory at Montpellier last time out puts Lens in a position to claim back-to-back Ligue 1 wins for the first time since mid-September. Easier said than done, though, as ‘Sang et Or’ have only won once in their previous seven Ligue 1 home outings (D2, L4), failing to hit the net in the last two. Conceding the opener could see Lens’ chances of picking up the points vanish, given that they’ve lost all four Ligue 1 home matches in which they shipped the opener this season. Franck Haise’s men have been particularly vulnerable after half-time this term, registering 11 (73.33%) of their 15 home league goals conceded in the second half of play. Indeed, they have let it at least one goal inside the final 15 minutes in 50% of their Ligue 1 home games this season.

Meanwhile, Marseille have suffered three consecutive Ligue 1 defeats coming into this encounter, a sequence that sees them lose ground on the current top-three. A dip in form has witnessed ‘Les Phocéens’ go from three away league triumphs in a row to four successive Ligue 1 trips without winning (D1, L3). A lack of character has seen Olympique fail to win any of the seven league games in which they conceded the opener this Ligue 1 campaign (D3, L4). Yet, back-to-back victories in their previous two top-flight visits to Lens could inject some confidence into a struggling Marseille side – but it’s worth noting that their last such encounter took place in March 2015. Andre Villas-Boas’ men could find another encouragement in the fact that they’ve scored the opening goal in a league-high 80% of their Ligue 1 trips this season. 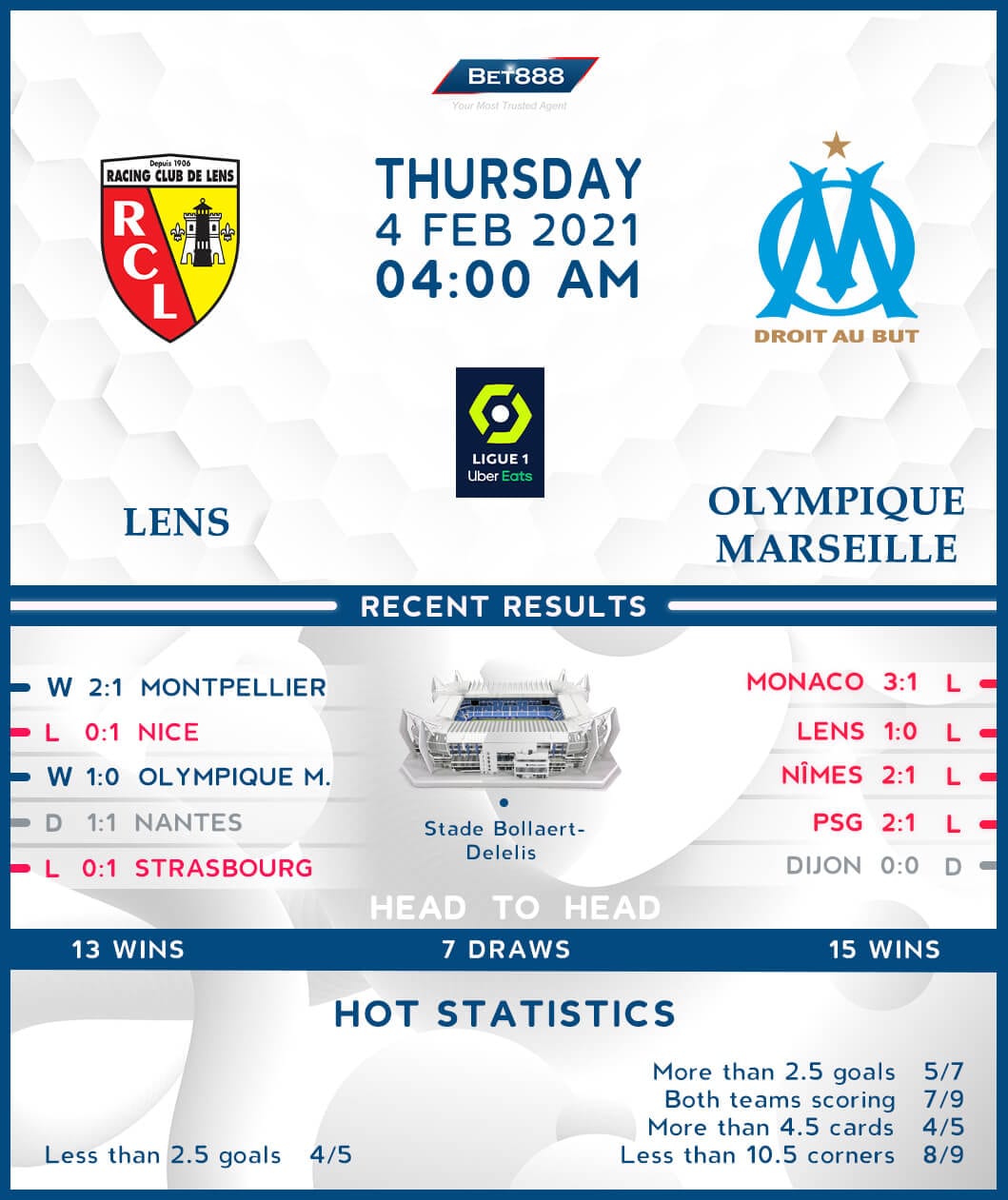