A 1-1 first-leg draw at San Mamés leaves Levante and Athletic Club with everything to play for in the second leg of their Copa del Rey semi-finals tie at the Estadi Ciutat de València.

The two sides faced off at this same venue in the La Liga weekend, playing out a 1-1 draw. As a result, eight of Levante’s last 14 matches in all competitions have ended level (90 minutes of play only), with the hosts winning five of the remaining six games in that sequence (L1). Low scoring has been a theme for the ‘Granotas’ lately, as six of their last seven competitive fixtures have featured under 2.5 FT goals, which has been the case in each of their previous three competitive H2Hs. Going back to 26 October 2020, Paco Lopez’s men have only suffered one defeat in 13 competitive home matches (W4, D8), ten of which have seen both teams on the scoresheet.

Meanwhile, the visitors have drawn five of their last six competitive outings (W1), with each stalemate in that period coming by the identical 1-1 scoreline. Away from home, Athletic have suffered just one loss in their eight competitive games since the turn of the year (W4, D3, L1), with five of those fixtures seeing over 2.5 goals and both teams scoring. Curiously, 11 of their last 12 away matches in all competitions have featured at least one goal in both halves, with Marcelino Garcia Toral’s men conceding the opening goal on nine occasions in that time. However, Athletic’s ability to grind out a result after falling behind has seen them lose just one of the last six away games in which they shipped the opener (W2, D3). 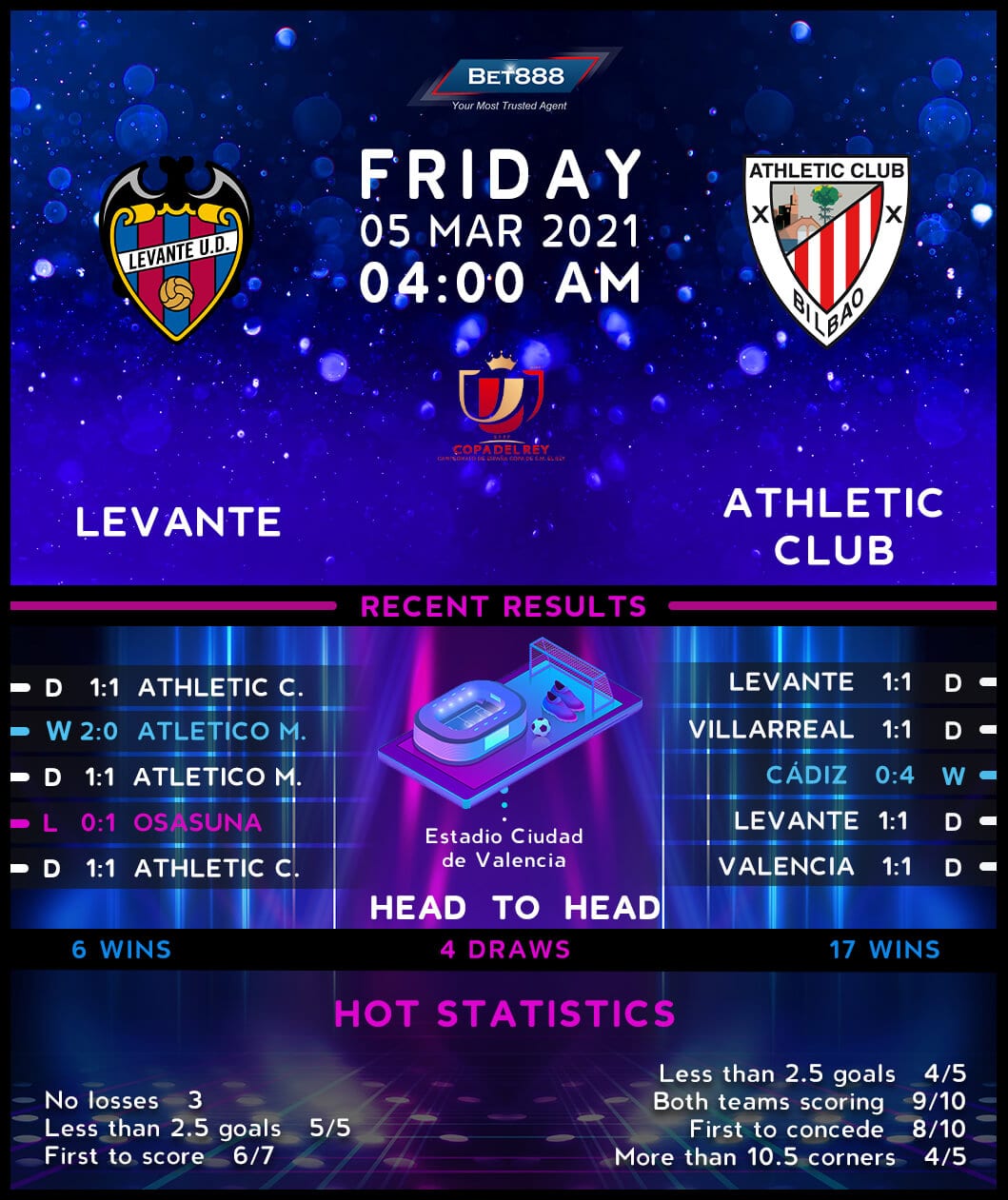