Levante managed a stunning 2-0 victory away at Atletico Madrid last time out, bringing a three-game winless La Liga streak to a halt (D2, L1). The hosts’ form has taken an upswing since a 2-1 away loss to Villarreal in their first La Liga fixture in 2021, with the ‘Granotas’ only suffering one defeat in the subsequent eight league matches (W3, D4). Notably, Paco Lopez’s men have only lost once in their 11 La Liga home games (W4, D6) since succumbing to a 2-0 reverse to Real Madrid in their first home league match of the season. Curiously, over a third (36.36%) of their last 11 top-flight games at Ciutat de València have yielded the identical 1-1 scoreline. However, a draw is a seemingly unlikely outcome here, as only one of their last ten La Liga H2Hs at this venue has ended level (W3, L6).

In the meantime, the visitors have endured mixed fortunes across their seven La Liga outings this calendar year (W3, D2, L2), with three of the games won/lost in that period producing over 3.5 total goals. Athletic Club claimed a convincing 4-0 win against newly-promoted Cadiz in their last La Liga trip to put an end to a dismal eight-game winless away league run (D3, L5). Before putting four past Cadiz, ‘Los Leones’ had netted under 1.5 goals in seven of their previous eight La Liga trips. However, Levante could be the right opposition to help Marcelino Garcia Toral’s men score 2+ goals in consecutive away league fixtures for the first time this season, as they’ve bagged over 1.5 goals in five of their last six top-flight H2Hs on the road. Coming into this matchday, Athletic are one of only two teams to keep a clean sheet inside the first 15 minutes of play in each of their 11 La Liga visits this season. 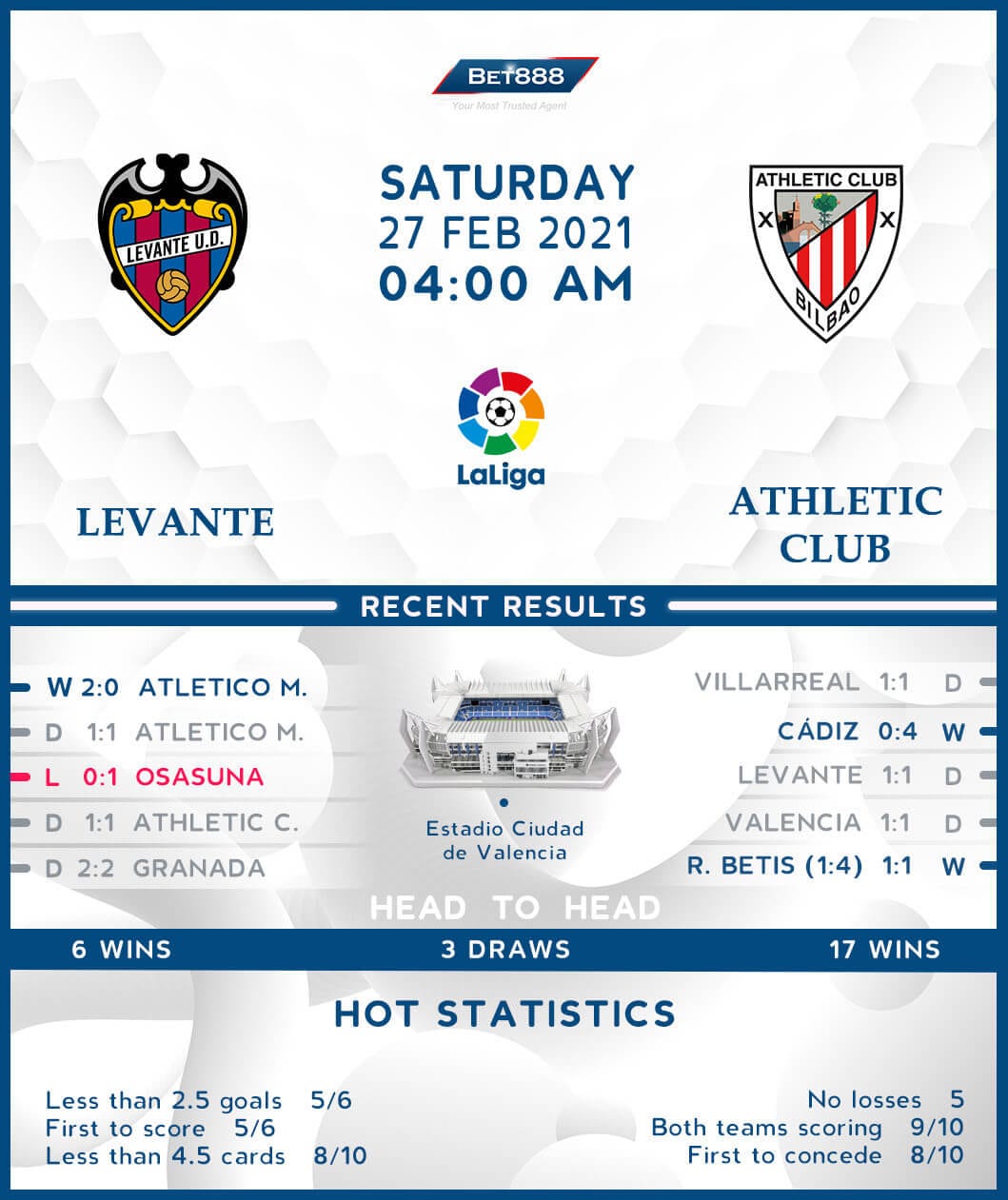