Estadi Ciutat de València is the venue, as a struggling Levante side take on unstoppable Atletico Madrid in an exciting La Liga match-up.

Levante’s 1-0 home loss at the hands of Osasuna last weekend saw their five-game unbeaten La Liga streak come to a halt (W2, D3), notably marking the first league match in which they failed to find the net since a 1-0 defeat at Barcelona on Matchday 13. Levante’s dip in form is now a near-certainty, as witnessed by the fact they’ve gone from four consecutive La Liga home triumphs to three home league games without winning in a row (D2, L1). In that kind of atmosphere, the ‘Granotas’ welcome a side they’ve failed to win against in each of their last three top-flight H2Hs as hosts (D1, L2), drawing a blank on two occasions in that run. Another noteworthy fact is Levante’s continuous lapses in concentration after half-time that have seen 66.67% of their total La Liga home goals conceded this season come in the second half of play (10/15).

In the meantime, Atletico Madrid pulled out a tight 2-1 away win at Granada last time out, keeping their impressive ten-game unbeaten La Liga run going (W9, D1). Ahead of the kick-off, free-scoring ‘Los Colchoneros’ have netted 2+ goals in seven league fixtures on the bounce, scoring in both halves on six occasions in that sequence. In fact, Atletico Madrid’s tally of 44 goals scored this La Liga campaign is only second to Barcelona (49), though only 40.91% of them have come away from home (18). Somewhat expectedly, Diego Simeone’s men have conceded fewer league goals (13) than any other side, keeping a clean sheet in the division-high 52.38% of their La Liga outings this term. In turn, they have registered a shutout in four of their last six top-flight meetings with Levante (W5, D1). 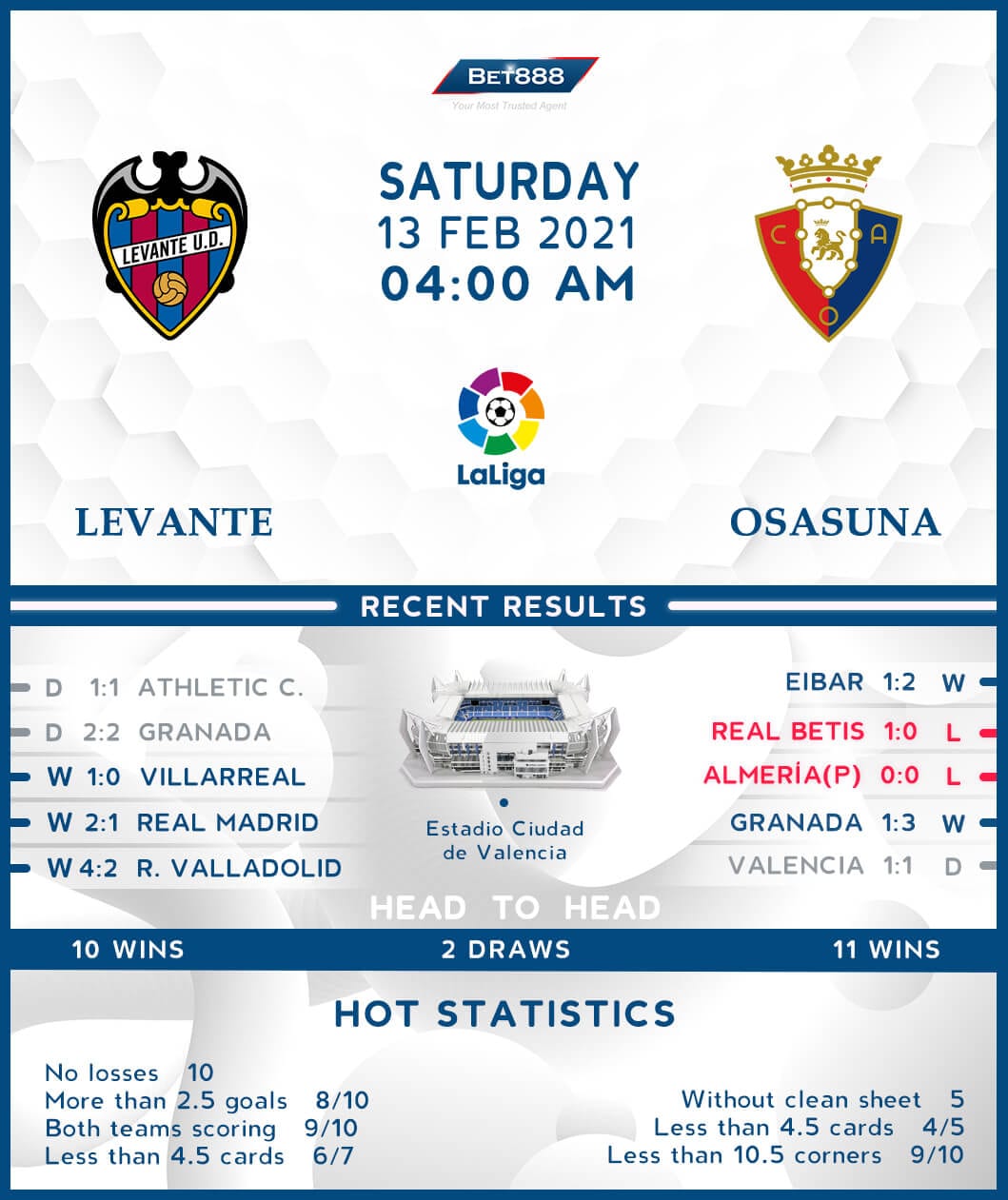