Barcelona’s hopes of winning the title are on the line as they head to the Estadi Ciutat de València to take on out-of-sorts Levante in a must-win La Liga fixture.

Since a 1-0 away triumph against rock-bottom Eibar on Matchday 30, Levante have gone winless in five La Liga matches on the trot (D1, L4), drawing a blank on three occasions. Additionally, the ‘Granotas’ have picked up just two victories in ten La Liga games at home since the calendar flipped to 2021 (D4, L4), losing the last three in a row after beating Valencia 1-0 in early March. Indeed, Levante’s dip in form has seen them suffer six defeats in their last eight league fixtures (W1, D1), having lost just four in their previous 22 in the competition (W7, D11). Only two sides have played out more draws in La Liga this season than Levante (12), with Paco Lopez’s men drawing 34.29% of their total league games so far.

On the other hand, Barcelona have endured mixed fortunes in their last three La Liga outings (W1, D1, L1), with a scoreless home draw with pacesetters Atletico Madrid last time out keeping them two points adrift of the top spot. Ronald Koeman’s men have won all but one of their previous 12 away league matches, barring a 2-1 defeat to arch-rivals Real Madrid in early April. Ruthless in front of goal, the ‘Blaugrana’ netted a resounding average of 2.66 goals per win during the aforementioned 13-game sequence. Furthermore, the Catalan juggernauts have found the net in each of their last 29 top-flight meetings with Levante, albeit two of their last three league trips to Ciutat de València resulted in a loss (W1). 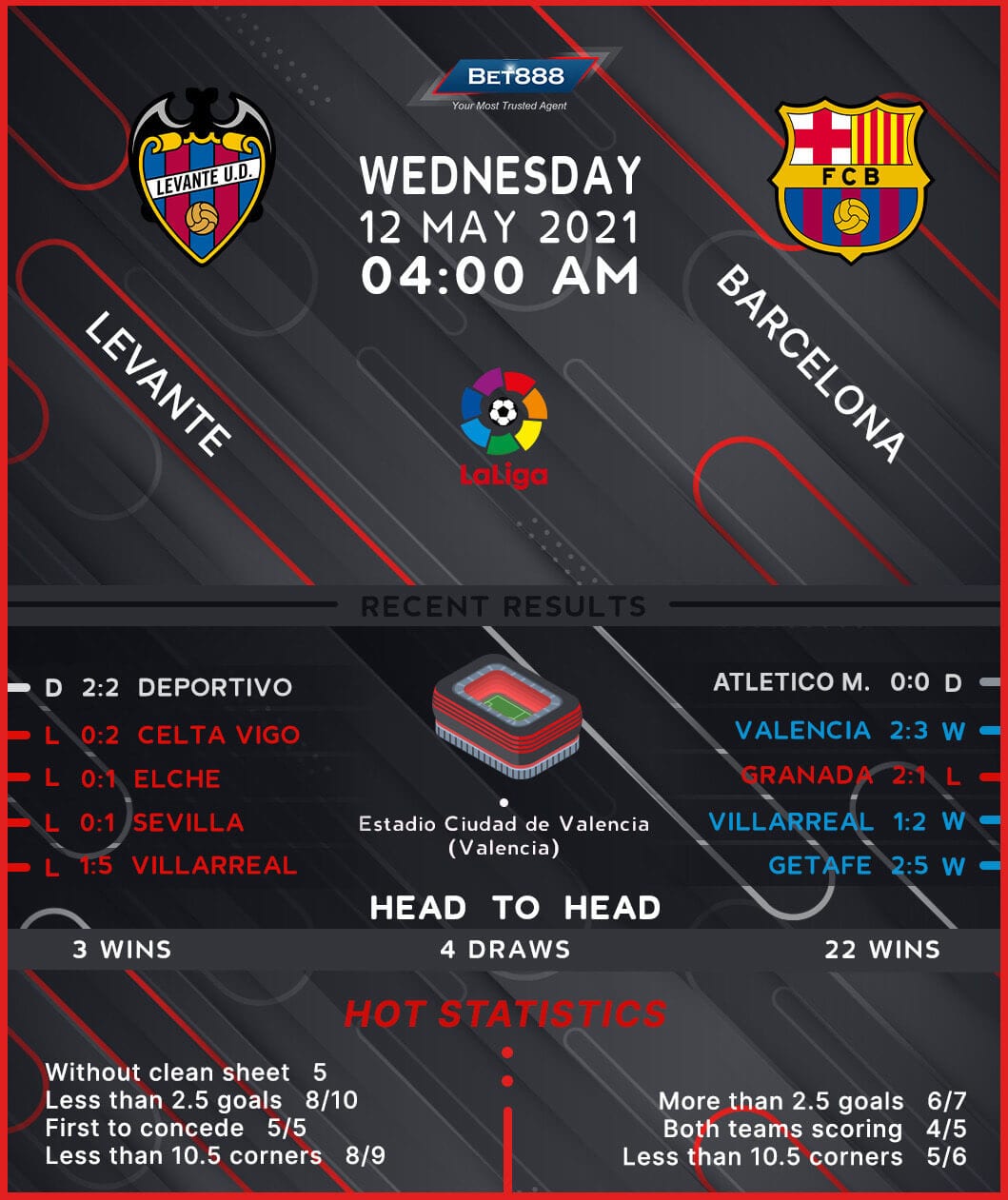