Only one of Levante’s last six La Liga matches has ended in a draw (W3, L2), with each game won/lost in this sequence yielding a narrow one-goal margin. Still, high scoring has been a theme for ‘Los Granotas’ of late, as three of their four previous league fixtures have seen over 2.5 goals and both teams on the scoresheet. Another ‘goal-friendly’ contest is well on the cards here, as five of their last six top-flight meetings between these two teams have produced over 2.5 total goals, with three of them seeing both sides score at least twice. Notably, though, Paco Lopez’s men are unbeaten in six La Liga matches at Ciutat de Valencia (W3 D3), winning the last three by scoring 2+ goals in each.

Meanwhile, Eibar squandered a three-goal lead against lower-league outfit Los Rozas in the Copa del Rey midweek but did manage to progress to the next round after extra-time. In La Liga alone, ‘Los Armeros’ have picked up only one victory in their last six fixtures (D3, L2), netting under 1.5 goals on five occasions. Curiously, though, Jose Luis Mendilibar’s men have found the net in all eight away La Liga games this season. Particularly dangerous in the early stage of the second half, Eibar have registered 43% of their league goals scored this season in the first 15 minutes after half-time (4/16). Notably, they are one of just two teams yet to concede in that same timeframe. Indeed, each of their four second-half goals conceded on the road this season has come between the 60th and 75th minute. 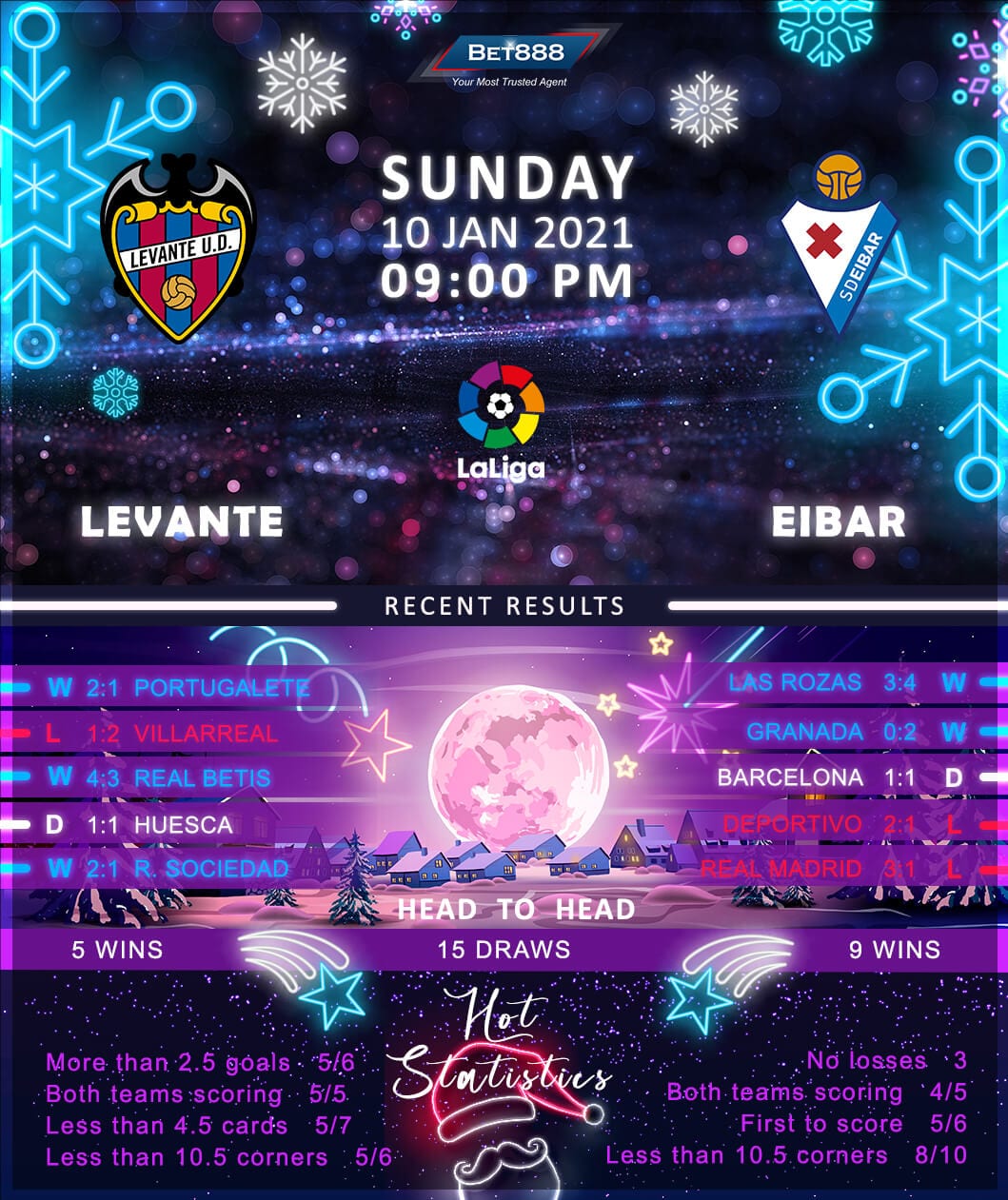