Levante’s faint hopes of avoiding La Liga relegation are on the line as they encounter European hopefuls Real Sociedad at the Estadi Ciutat de Valencia.

Levante fought back to hold Valencia to a 1-1 draw at Mestalla last time out, yet with one win from four La Liga matches (D1, L2), they are again six points adrift of safety. Back at the Estadi Ciutat de Valencia, where they’ve lost their last two La Liga outings, the ‘Granotes’ will be aiming to improve their indifferent five-game home league form against Sociedad (W2, D1, L2) and boost their survival hopes. Conceding first would dent that bid, as Alessio Lisci’s men have gone winless in all eight La Liga home games in which they shipped the opening goal this season (D3, L5). Another defeat would see Levante lose three successive home league matches for the first time since April 2021, with their last two La Liga reverses on home soil yielding the same 3-2 scoreline.

On the other hand, Real Sociedad have gone from back-to-back La Liga wins to three consecutive league games without winning (D2, L1), two of which saw them fail to get on the scoresheet. Moreover, ‘La Real’ have gone winless in three of their last four away league matches (D2, L1), which is one of the reasons they lag five points behind fourth-placed Atletico Madrid. Scoring has been problematic for Imanol Alguacil’s men this season, as they’ve netted 2+ goals in less than 50% of their La Liga travels thus far (8/17). So it comes a bit surprising that they’ve bounced back to avoid defeat in three of their seven away league fixtures in which they conceded first this season (W2, D1, L3). 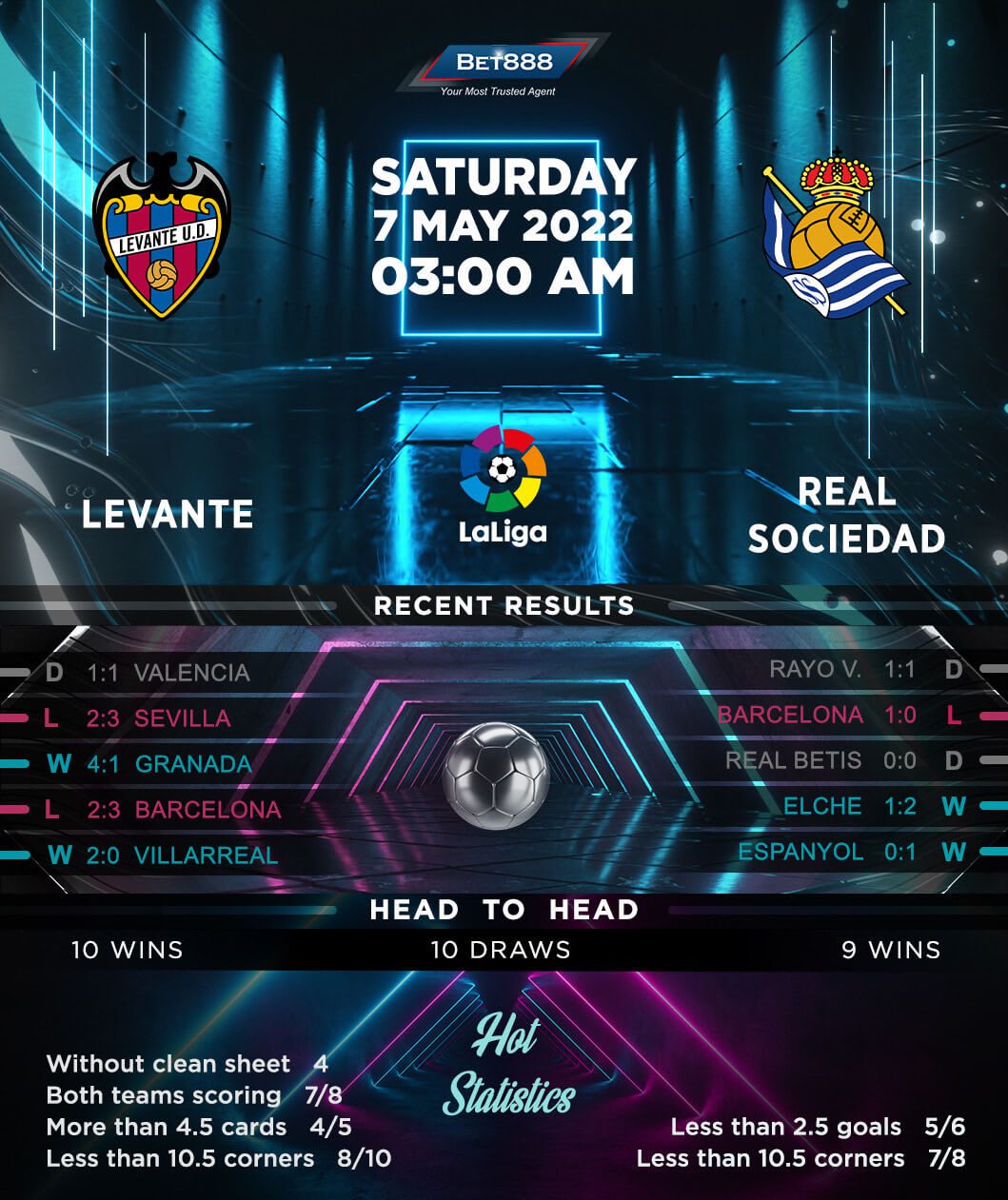