Connoisseurs of action-packed football will be hoping that Levante and Valencia will both score in an eighth consecutive Valencian derby as they meet at the Estadi Ciutat de València in an exciting La Liga match-up.

Levante take the field in the midst of a minor crisis that has seen them win just one of their last six La Liga matches (D3, L2), five of which have featured under 2.5 total goals. At home, the ‘Granotas’ have failed to win any of their previous five league fixtures (D4, L1) despite scoring the opening goal in all four draws in that spread of games. However, even if they concede the opening goal, Levante should have enough character to grind out a result, notably rescuing seven points from five losing positions at home this La Liga campaign (W2, D1, L2). Despite their footballing stature, Paco Lopez’s men remain one of only four La Liga sides to hit double digits in terms of the goals scored in both halves at home this term (FHG:10, SHG:10).

Meanwhile, a lack of consistency has seen Valencia alternate between a victory and a loss across their last four La Liga outings (W2, L2), with three of the games won/lost in that sequence seeing the victor win by over 1.5 goals to nil. However, the visitors have gone winless in four consecutive away league fixtures (D1, L3) since defeating relegation-threatened Real Valladolid 1-0 on Matchday 18. Each of Valencia’s three reverses in the abovementioned four-match run yielded a losing margin of 2+ goals. Indeed, Javi Garcia’s men have established a habit of falling behind without recovering, surrendering the points in five of the seven away La Liga contests in which they conceded the opening goal this term (D2, L5). 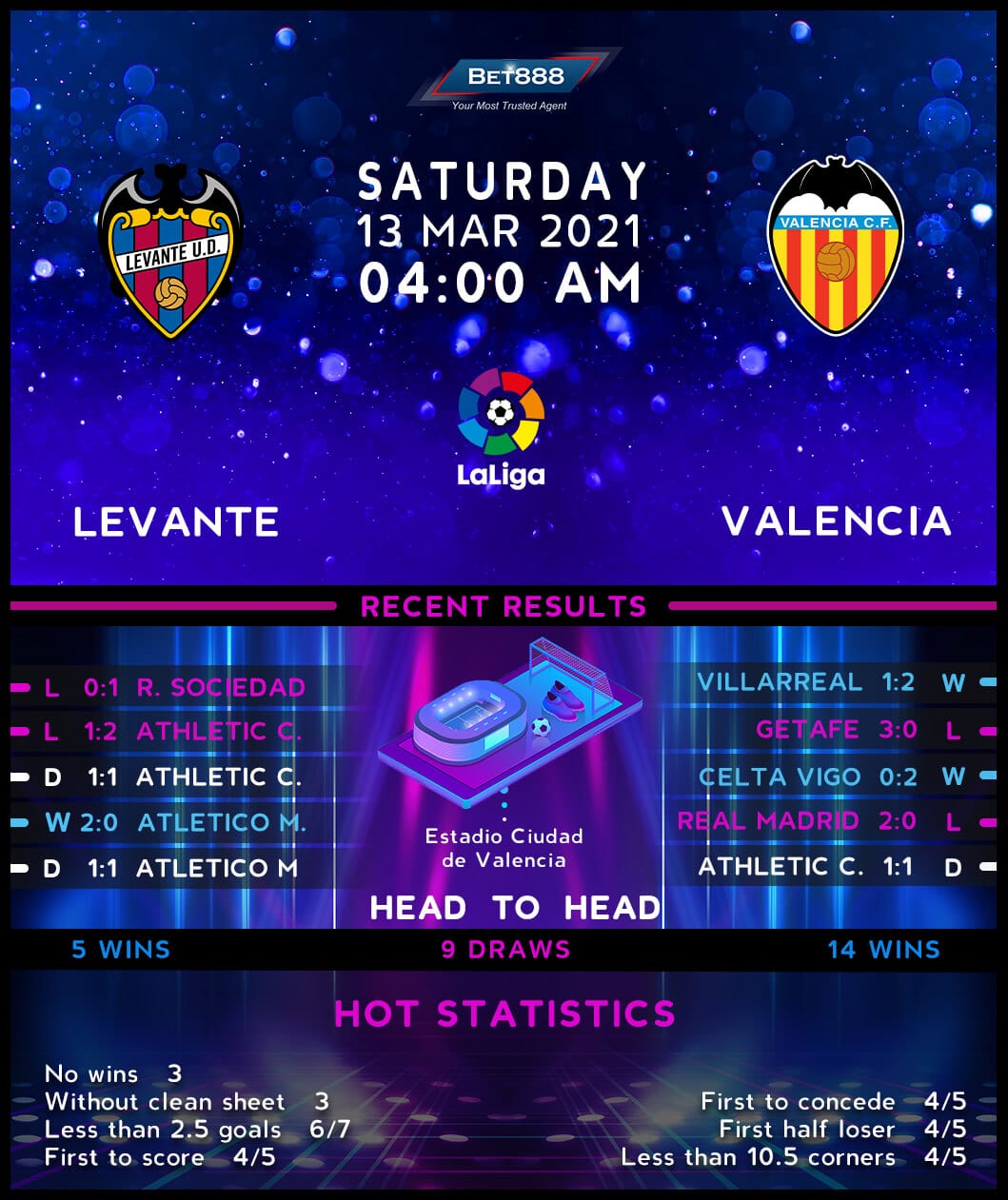