Villarreal will be looking to extend their winning La Liga streak against Levante to three games when the two teams meet at the Estadi Ciutat de València this weekend.

Levante’s keenly-contested 1-0 win at Eibar last weekend means none of their previous five La Liga matches have ended level (W2, L3), with each result (win/loss) in this sequence seeing the winner on the day keep a clean sheet. For the ‘Granotas,’ home goals have been at a premium of late, as they’ve netted under 1.5 goals in each of their last five La Liga fixtures at Ciutat de València. Moreover, Paco Lopez’s have failed to impress in recent Valencian derbies in La Liga, picking up just one victory in their last seven such contests (D2, L4). Against this backdrop, Levante have come out victorious in three of their previous four top-flight meetings with Villarreal at home (L1), prevailing by a narrow one-goal margin on each occasion.

Meanwhile, a shocking 2-1 home loss to Osasuna last time out saw Villarreal’s three-game winning streak in La Liga come to a halt. However, the visitors have won back-to-back away league matches heading into this matchday, breaking the deadlock within ten minutes and netting precisely three goals on each occasion. Interestingly, a league-highest 60% of Villarreal’s away La Liga games this season have featured a goal inside the final 15 minutes of play (9/15), albeit ‘El Submarino Amarillo’ remain one of just three sides to fail to win points with goals scored in that timeframe. No team has conceded the opening goal on fewer occasions away from home than Villarreal (twice) this season, though Unai Emery’s men have ended up on the losing side in both such contests. 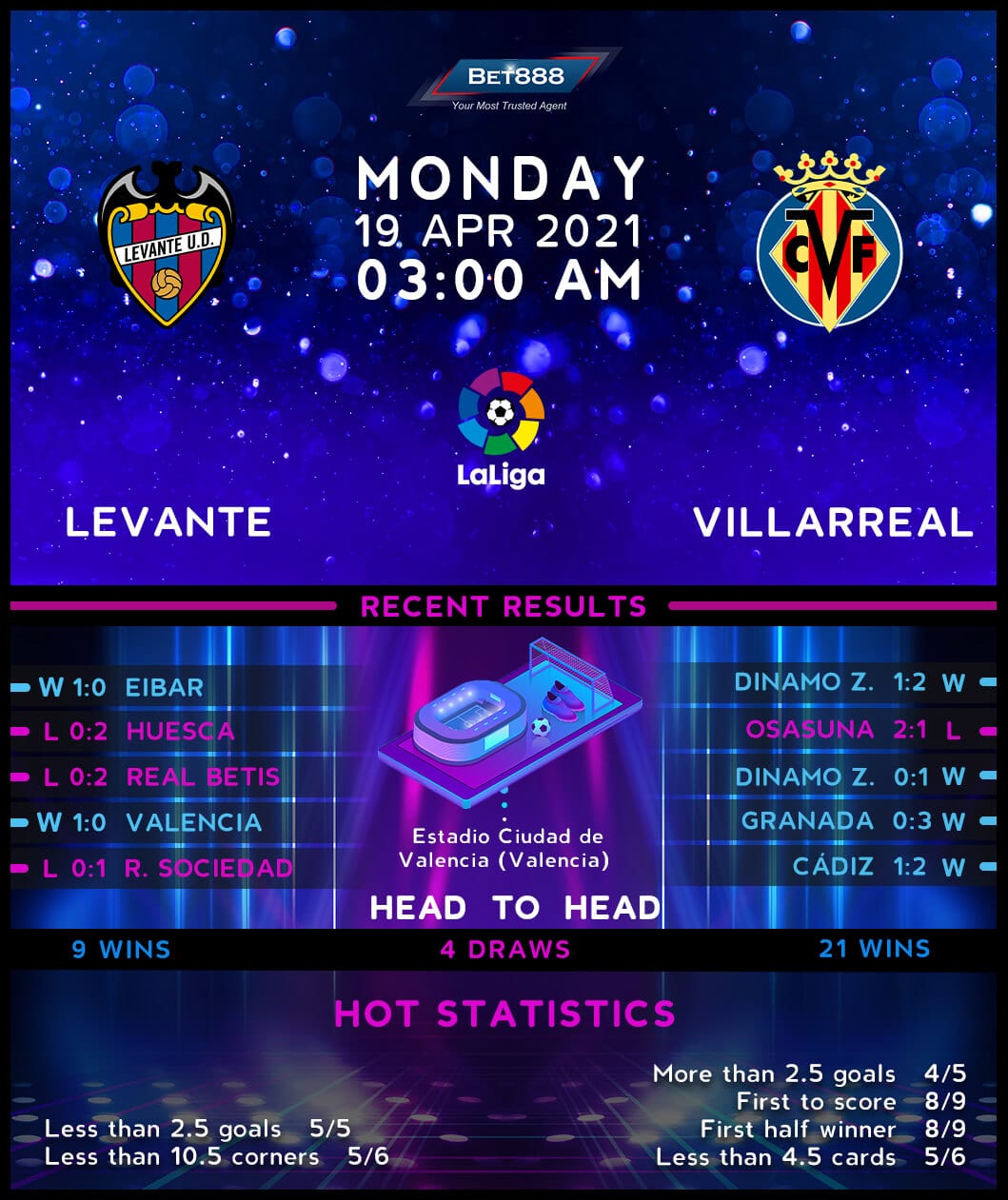