Arena is the venue as CSKA Moscow hope to kick-start their UEFA Europa League campaign against an unpredictable Feyenoord side.

A 3-1 defeat to Feyenoord in the reverse fixture gave CSKA a sizeable headache as they head into this clash winless in their opening three Europa League group stage matches (D2, L1). Since the beginning of last season, the Russian heavyweights have won just one of their nine games in this competition’s group stage (D4, L4), scoring under 1.5 goals on each occasion! This season alone, Viktor Goncharenko’s men failed to get on the scoresheet before half-time in two of their three Europa League outings, both of which yielded a goalless HT score. Another potential issue for CSKA could be a disappointing home form that has seen them fail to win any of their last six home fixtures in major European competitions (D2, L4).

On the other hand, the visitors have accrued a win, draw, and loss from their opening three group stage matches, with the last two seeing over 3.5 goals and both teams on the scoresheet. Interestingly, a victory over CSKA on Matchday 3 has been only Feyenoord’s second triumph in their last nine games in the Europa League group stage (D3, L4). Furthermore, ‘De club aan de Maas’ had lost four consecutive away fixtures in the Europa League group stage before being held to a goalless road draw to Dinamo Zagreb on Matchday 1. A lack of firepower up front saw Feyenoord draw a blank four times during that five-game sequence! Yet, they have won two of their four previous meetings with CSKA (D1, L1) despite scoring precisely once per game on three of those occasions.

AC Milan head to the Stade Pierre-Mauroy looking to take revenge on Lille for a dismal home defeat, as the two sides battle it out for a top place in the UEFA Europa League Group H.

Lille thumped Milan 3-0 in the reverse fixture to maintain their unbeaten group stage start (W2, D1), as they take the field sitting top of Group H, one point clear of the Italians. The hosts have now avoided defeat in all of their three historical European H2Hs (W2, D1), keeping a clean sheet on each occasion. Lille’s attacking set-up usually sparks into life after half-time, as evidenced by the fact that they have netted over 1.5 second-half goals in each of their opening three group stage matches. However, in major European competitions, ‘Les Dogues’ are without a win in 14 consecutive home games (D7, L7), qualifying excluded. Indeed, their last such victory dates back to 2010!

Meanwhile, Milan will be keen to turn the tables on Rennes after suffering the heaviest European defeat at home last time out. But, another failure would see the ‘Rossoneri’ lose back-to-back group stage matches in major European competition for the first time since 2006! Before drawing a blank against Lille, Milan scored precisely three goals per game in each of their two group stage wins over Celtic and Sparta Praha. Interestingly, the visitors have won each of their four competitive away matches this season despite failing to keep a clean sheet in that run. Additionally, quick-fire Milan found the opening goal within 20 minutes in every fixture during that same four-game sequence. 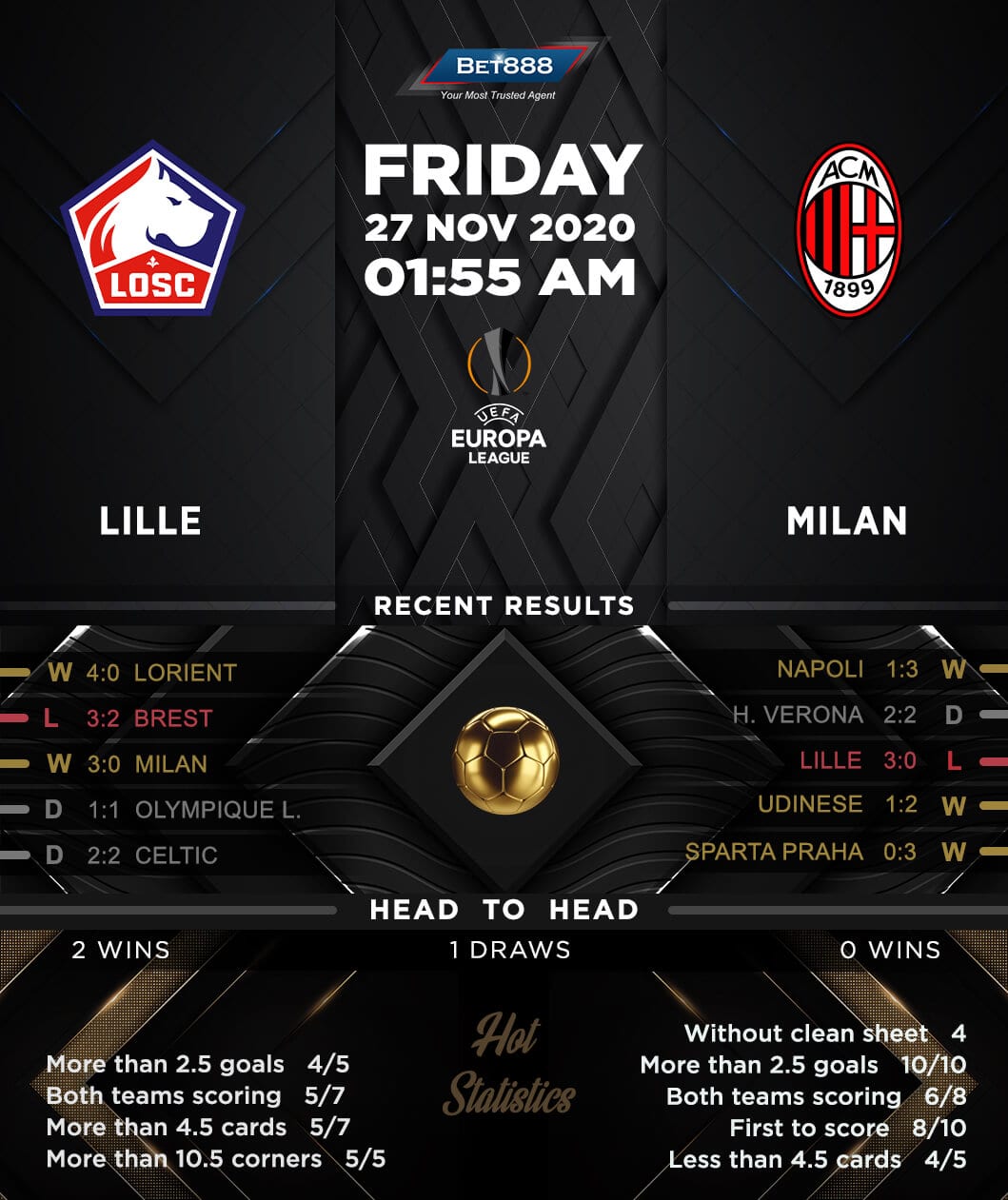