Lille will entertain high-flying Ajax at the Stade Pierre-Mauroy for the first leg of their UEFA Europa League last-32 tie.

A 3-2 away defeat at Celtic on Matchday 6 represents Lille’s lone defeat this Europa League campaign (W3, D2), but it also means they have scored 2+ goals in five of their six matches in the competition. ‘Les Dogues’ have been quite lethal after half-time this term, registering a clear majority (78.57%) of their total Europa League goals scored in the second half of play (11/14). Notably, Lille’s tally of three Europa League victories achieved this season eclipses their haul of only two wins wrapped up in 22 European fixtures beforehand! However, ‘Les Dogues’ have not only failed to beat Dutch opponents in any of their five previous continental meetings, but they’ve lost both of their European meetings with Ajax by an aggregate score of 5-0 (in the 2019/20 UEFA Champions League group-stage).

Meanwhile, Ajax endured a rather torrid group-stage experience this Champions League campaign, finishing third in Group D behind the likes of Atalanta and Liverpool. Indeed, they have lost both of their previous European fixtures by the identical 1-0 scoreline after scoring 2+ goals in three consecutive such outings beforehand. Erik ten Hag’s men have often faltered away from home in knock-out stage matches lately, losing five of their previous six such fixtures (D1), including each of the last four. Moreover, before claiming a 2-0 victory at Lille in the 2019/20 UEFA Champions League group stage, Ajax had failed to win any of their previous seven European trips to French clubs (D2, L5)! Yet, the Eredivisie giants have racked up a five-game winning away run coming into this meeting, keeping a clean sheet on three occasions in that sequence. 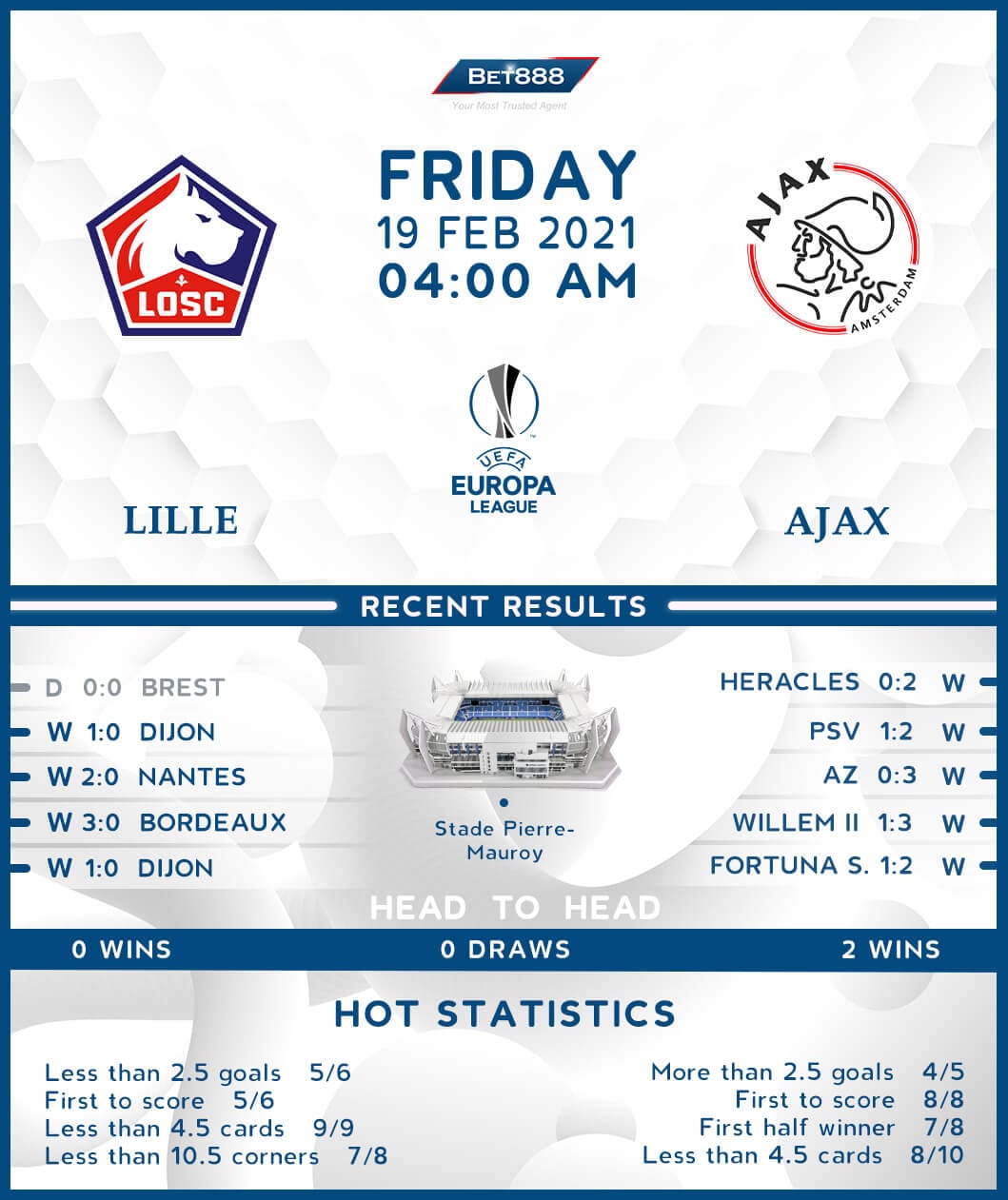