Lille and Angers are set to face off at the Stade Pierre-Mauroy in their opening Ligue 1 fixture of 2021.

Lille have been going from strength to strength since being shocked by Brest on Matchday 10, racking up a seven-game undefeated Ligue 1 streak since then (W5, D2) to finish 2020 level on points with top-placed Lyon. Notably, no French team has registered more home points than Lille (21) this season, as they enter the new calendar year as one of only two sides yet to taste Ligue 1 defeat on home soil (W6, D3). Additionally, quick-fire Lille have scored the opening goal (if any) in a league-high 88.89% of their home matches this season (8/9). At the other end of the pitch, ‘Les Dogues’ (4) have conceded fewer home Ligue 1 goals than any other club and have yet to let their visitors score within 15 minutes on this ground.

Meanwhile, Angers claimed a 2-1 home victory over Marseille in their final league game of the last calendar year to bring a three-match winless Ligue 1 streak to a halt (D2, L1). What’s more, the visitors have avoided defeat in each of their five previous league trips (W3, D2), restricting their opponents to a maximum of one goal per match on each occasion. However, a lack of concentration in the later stages of play has seen ‘Les Scoïstes’ concede at least once beyond the 75th minute in half (4) of their eight away Ligue 1 fixtures while scoring just once in this timeframe. In the meantime, they have netted a league joint-high five goals from corners. Curiously, none of their four previous top-flight trips to Lille have ended in a draw (W2, L2), with three of the games won/lost coming by the same 2-1 scoreline. 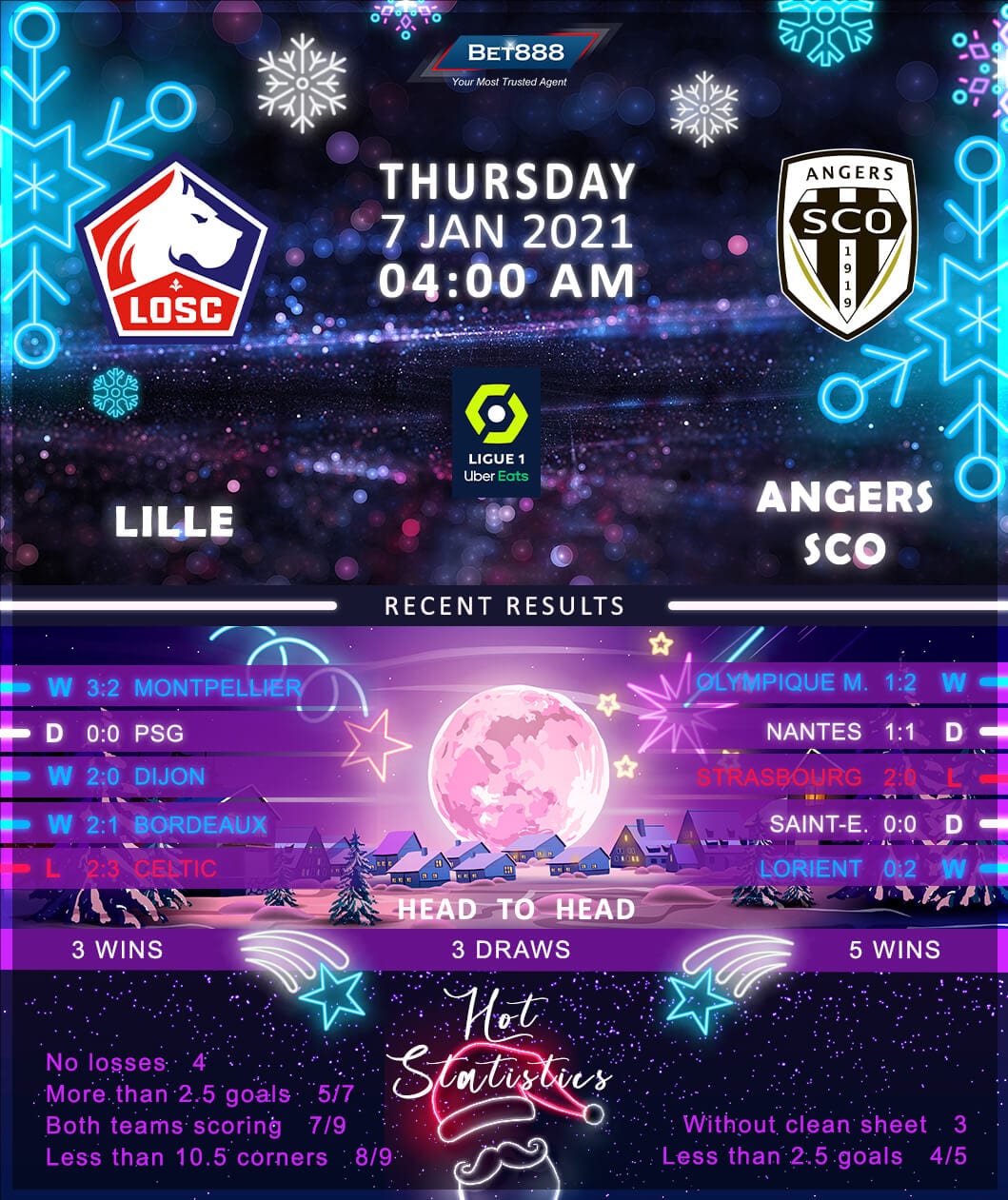